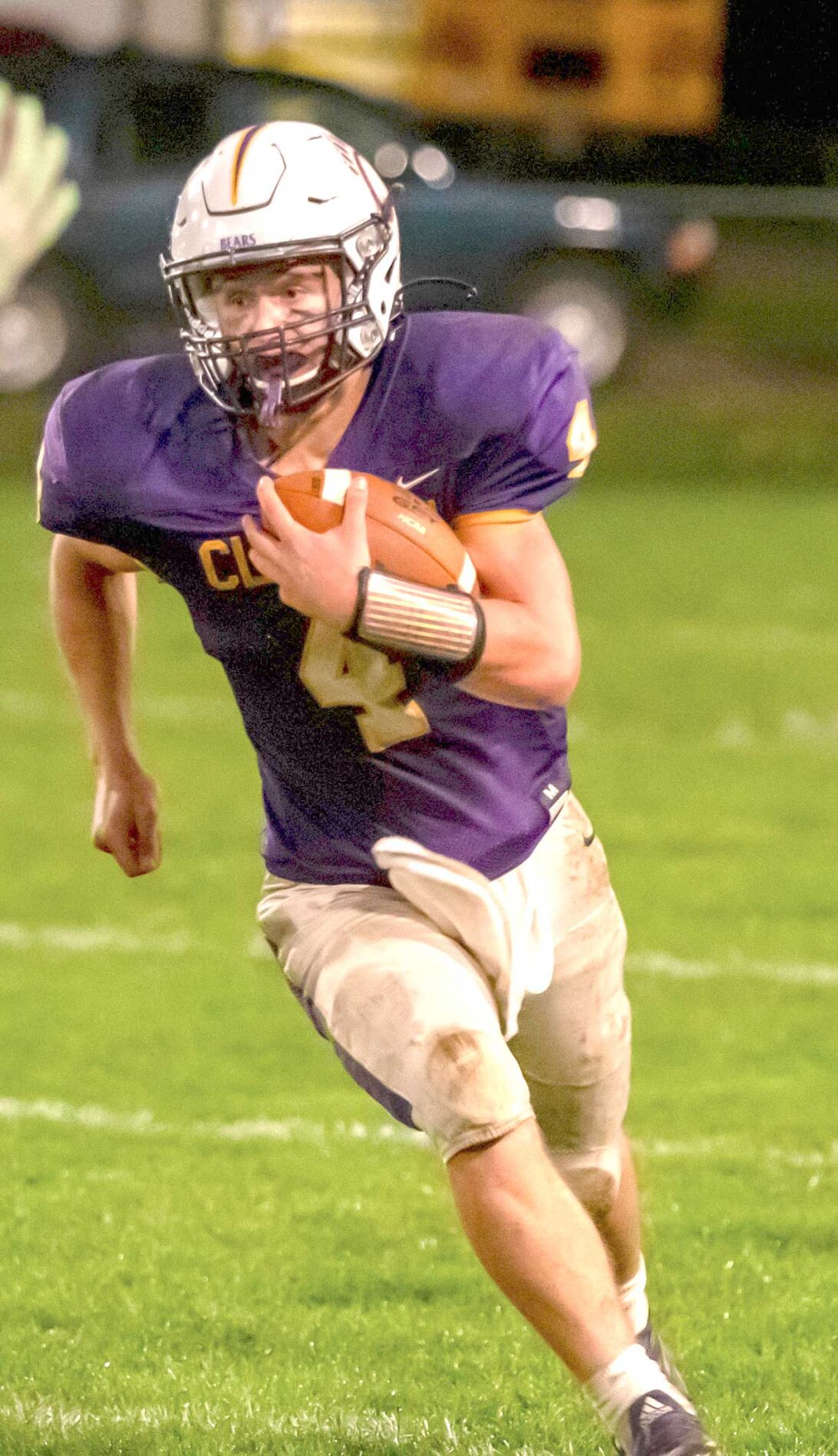 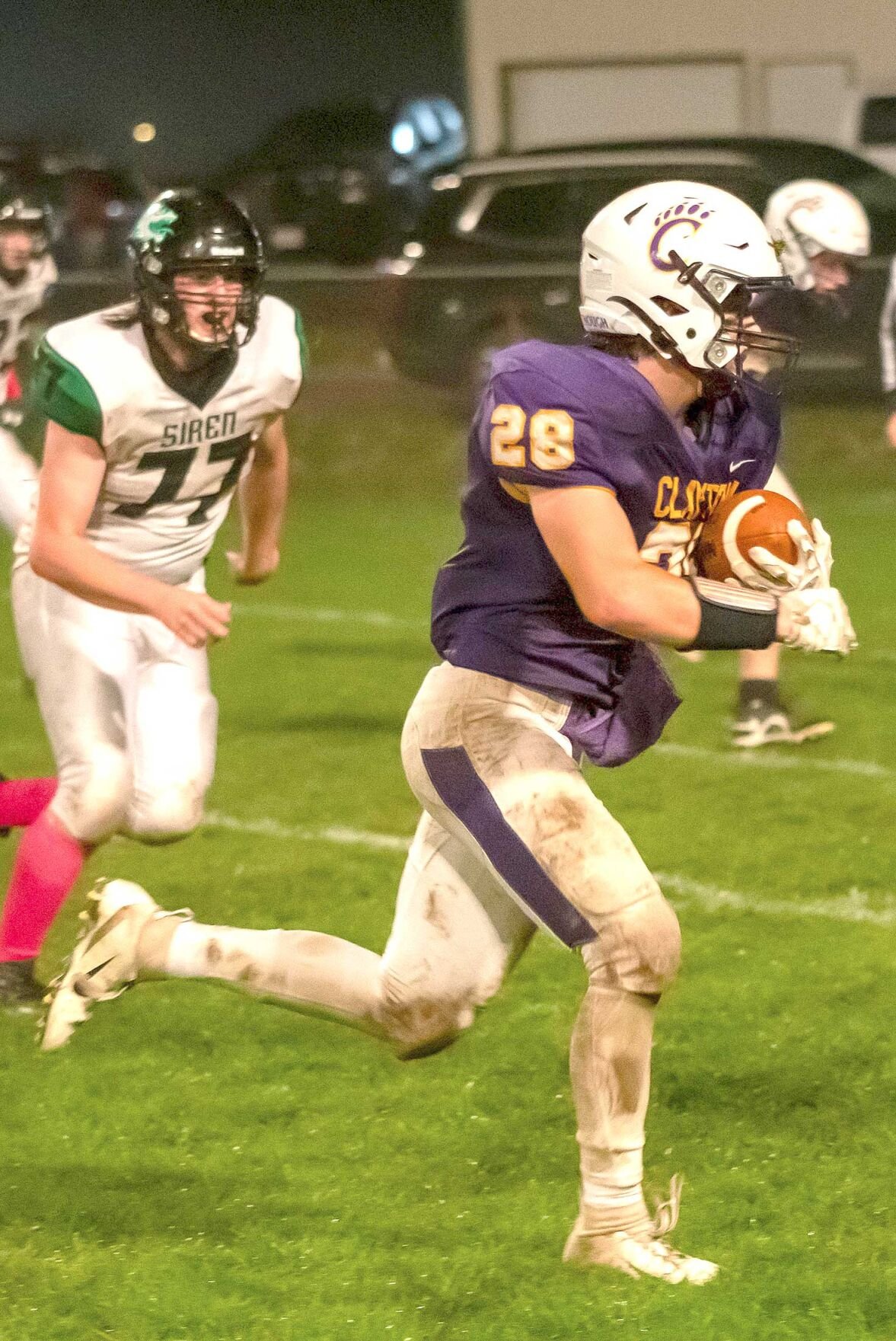 Avery Starzecki grabs the ball and is going, going, gone.

Avery Starzecki grabs the ball and is going, going, gone.

“We were able to put together a complete game from start to finish,” said Clayton coach Jordan LaBlanc. “Colton Zacharias and Avery Starzecki each had a big game on both sides of the ball, but offensively they really dominated for us.”

Starzecki added 101 on the ground as the pair accounted for five touchdowns.

“You really have to tip your cap to the linemen up front tough,” LaBlanc said. “Those fellas did a great job Friday of opening up holes and protecting Colton all night.”

Zacharias was also perfect through the air, going 5-for-5 for 60 yards and a touchdown, which went to Nick Luoma.

That touchdown was big, LaBlanc said as it stretched Clayton’s lead to 28-0 going into halftime.

On that drive, Zacharias had a long run, getting the ball to midfield. Zacharias then connect with Josh Young on a 42-yard reception, placing the ball at the two-yard line with six seconds left. The touchdown to Luoma occurred with less than a second remaining.

Defensively, Siren’s Nick Webster was 16-for-24 for 202 yards and a touchdown along with an interception. Clayton did shut down Siren’s rushing attack as it finished with 50 yards rushing.

“We knew Siren was going to pose a different threat to us defensively than what we had seen this year, seeing as that they like to pass the ball so much,” LaBlanc said. “…We forced turnovers on each of their first two drives, with Nick Luoma intercepting a pass near the goal line and also recovering a fumble deep in our territory, which obviously helps out as well.

“Once we had built a lead, the defensive linemen were able to pin their ears back a bit more with their rushing, and they did a great job of keeping Siren’s quarterback uncomfortable in the pocket.”

Zacharias had an outstanding night defensively with 13 total tackles and two forced fumbles. Luoma, Starzecki and Gabe Rosen had eight each, while Thomas Gitzen chipped in with seven.

“They have been a thorn in our side ever since we made the change to eight-man football, and our boys are really hungry to get our first win against them,” LaBlanc said. “Their quarterback, Wyatt Jenson, was our conference’s Offensive Player of the Year last season, and he has been nothing short of incredible again this year. Against a good Shell Lake team, he recorded 430 rushing yards on the night in a 63-57 win.”