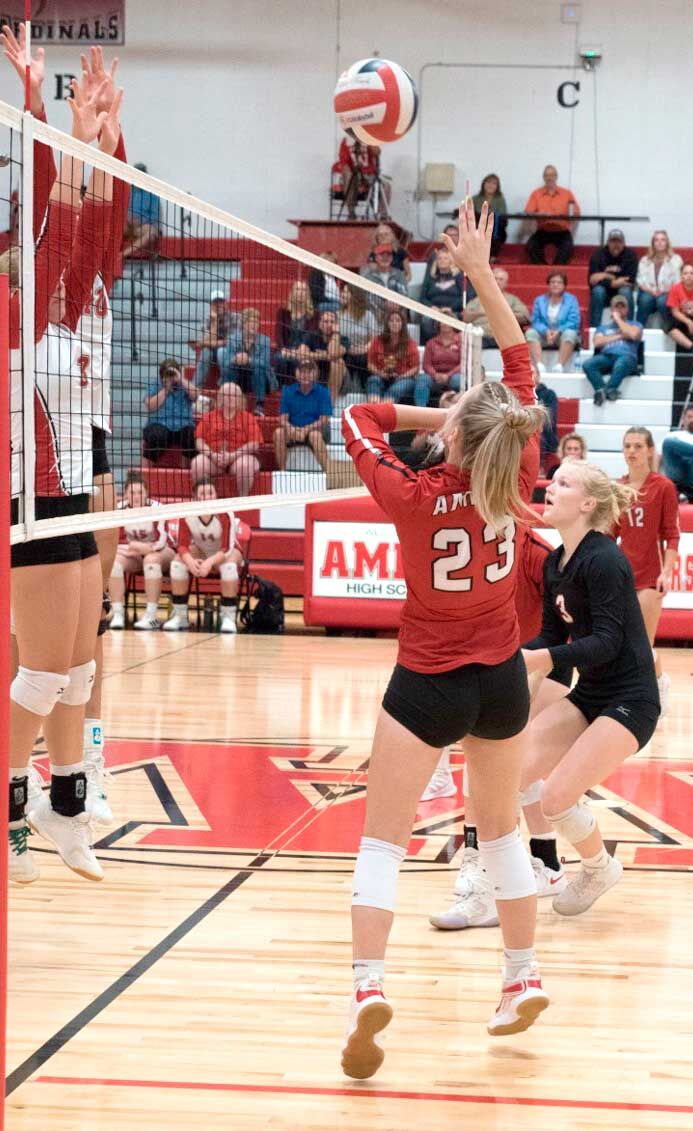 Veronica Fox sends the ball back across. 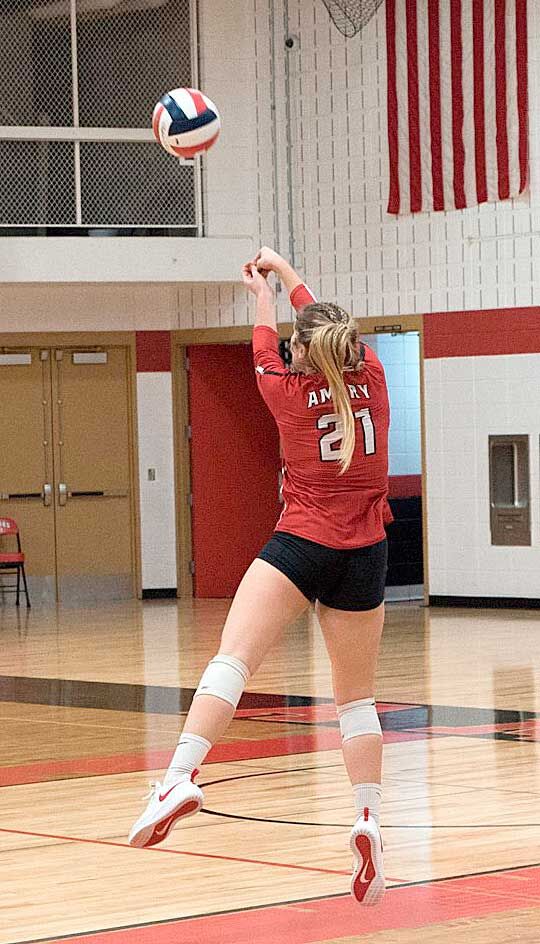 Tori Greene jumps for the bump.

Veronica Fox sends the ball back across.

Tori Greene jumps for the bump.

The Amery volleyball team was down 14-10 in the fifth set against Ellsworth Sept. 30.

“We started off slowly, and it took everyone stepping up to do their part, but we were able to come back and win our first conference game,” said Amery coach Lisa Markee. “It has been really impressive how adaptable this team has been. I’m not sure we have had the same lineup or a full roster for more than one or two nights in a row.”

“From game to game, we have players moving positions and stepping up to fill roles when we need them,” Markee concluded.

“After a tight first set, the second set we let too many of our own errors take us out of the game, but I was proud of the way that we bounced back to take the third set,” Markee said.

Werle registered a team-high 12 kills, with Will posting nine. Greene chipped in with five.

“Baldwin-Woodville has some good servers and hitters and kept us playing defense much of the night,” Markee said. “We were able to play some smart volleyball, especially in the second set to keep them out of system more often and lead for much of the game. Baldwin got in rhythm in second half of the third set and we weren’t able to get them back out.”

Vold had a team-high 23 digs and Brotzel posted 11.