Skip to main content
You are the owner of this article.
Edit Article Add New Article
You have permission to edit this article.
Edit
Home
News
Sports
Opinion
Out & About
Obituaries
Classifieds
E-Edition
Local Guide
Public Notices
Best of
Call-A-Specialist
Share This
Support Local Journalism 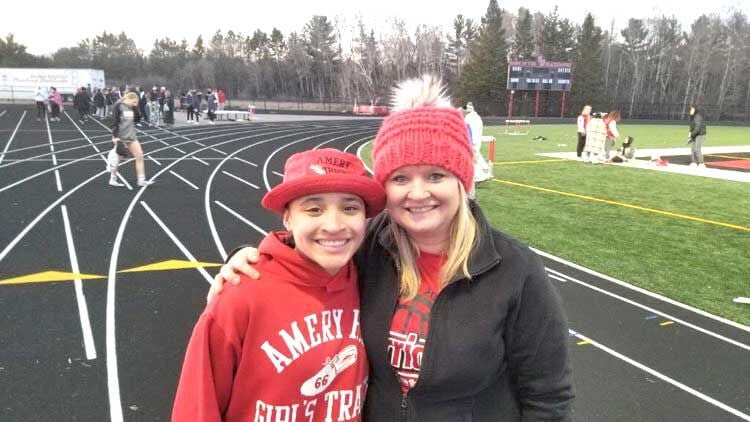 Lucci and Amanda Aizpurua at the Baldwin-Woodville track meet. 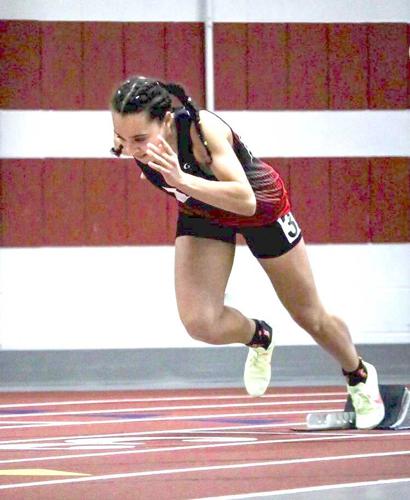 Lucci Aizpurua earlier in the 2022 season. 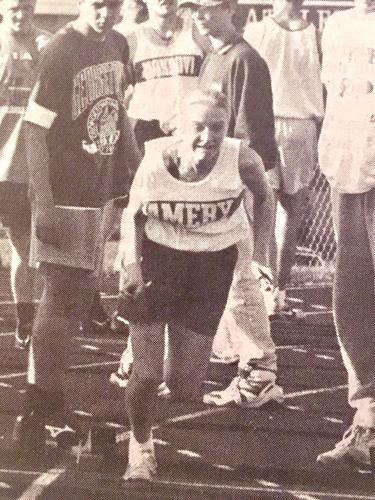 Lucci and Amanda Aizpurua at the Baldwin-Woodville track meet.

Lucci Aizpurua earlier in the 2022 season.

As a high school athlete, setting a new school record can be a thrilling experience. There is always the chance at some point, your record will be broken. Usually your name being replaced is not something you would be excited about, but Amanda (Williamson) Aizpurua is quite exuberant about her 1995 Track 200 Meter record being broken. Like Mama-like daughter-it has been broken 27 years later by her daughter, Luciana (Lucci) Aizpurua.

Tuesday, April 26, 2022, Lucci, a Freshman, beat her mother’s Junior year 200 Meter record at the Baldwin-Woodville track meet by almost 3/10ths of a second. “I knew about my mom’s record and it had been a goal I wanted to try to reach by the end of the season,” said Lucci.

Amanda shared she had also been a part of a relay record and held a triple jump record, all of which have since been broken. Amanda’s 200 Meter was the last one she was holding onto, so Lucci doesn’t have a chance to swipe another from her mother, but with some of the 2022 season left and three years to go, she does stand a chance at shattering some others.

Track has been a long-standing love of the Williamson family. “It’s a thing,” said Amanda. Bob Williamson, Amanda’s grandfather used to wear a “lucky” track hat when watched Amanda participate in the sport. She said, “It’s funny because it was actually a beer hat and I told him, ‘Grandpa, you cannot wear a beer hat to my high school meets.’ So, he had an Amery Track patch made to cover up the beer logo. My track mates used to go over and rub his hat for good luck.”

Eventually Bob gifted the hat to Amanda. Next, her niece Ella Williamson wore the hat throughout High School track. She graduated last year, and now the hat is shared between Ella’s sister Grace and Lucci.

Lucci was wearing the hat when she broke her mother’s record last week. Great-Grandpa and Great-Grandma Williamson would surely be proud. “Both of my grandparents were the BIGGEST track fans ever,” said Amanda.

Bob predicted when Grace and Lucci were little girls, they would be track stars because of the way they ran around. Amanda said, “My grandpa would say, ‘If only I could live long enough to see these girls run track.’”

Bob’s sons Lou and Chuck (Amanda’s father) work many hours at track meets. “My dad was starting the race when I broke the record and he got to start it when Lucci broke the record,” said Amanda.

Amanda felt fortunate for not only the support of her family, but the great coaching she had from Steve Schieffer, Nick Madison and others. “They were so amazing and encouraging,” she said.

Amanda feels her daughter is a much more mentally tough athlete than she ever was. “I put so much pressure on myself. Lucci is rock-sold and it is a fun difference for me to see,” said Amanda.

Amanda’s husband/Lucci’s father, Tony, ran track for one year-his Senior year. Up until that point, he had played baseball. Tony’s relay team made it to the State competition, where they were disqualified. With a laugh, the mother and daughter said he always reminisces and says, “We would have won, but we were DQ’ed!”

Tony’s brother John was also a runner growing up, so it is really in Lucci’s DNA. “I have been running in track meets since I was eight,” said Lucci. She said running gives her a feeling of freedom. “It is up to you to push yourself if you want to get better,” Lucci said.

Her mother said they started participating in track meets in the Twin Cities when Lucci was young for diversity reasons. “It is its own culture.” Said Amanda. “The track atmosphere is unlike anything else,” Lucci said.

Lucci also runs cross country and plays basketball. She loves to read and sing, participate in Forensics and spend time with her family.

To prepare for track meets, Lucci sets goals and visualizes herself running and crushing her goals. She has plans for her upcoming track years, including getting faster. “I never want to get stagnant,” she said.

Lucci feels the support offered by teammates and friendships made are some of the best parts of track. Her mother agreed whole heartedly with her daughter’s sentiments.

Lucci said with a big smile, “Our team is so amazing this year.”