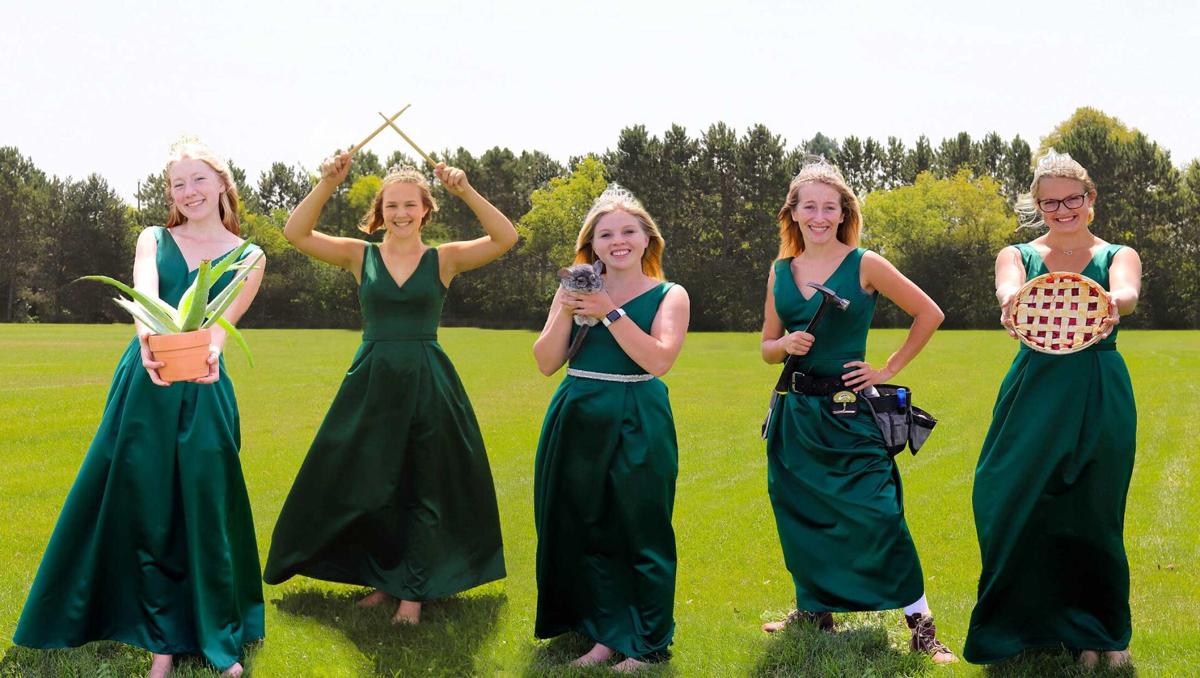 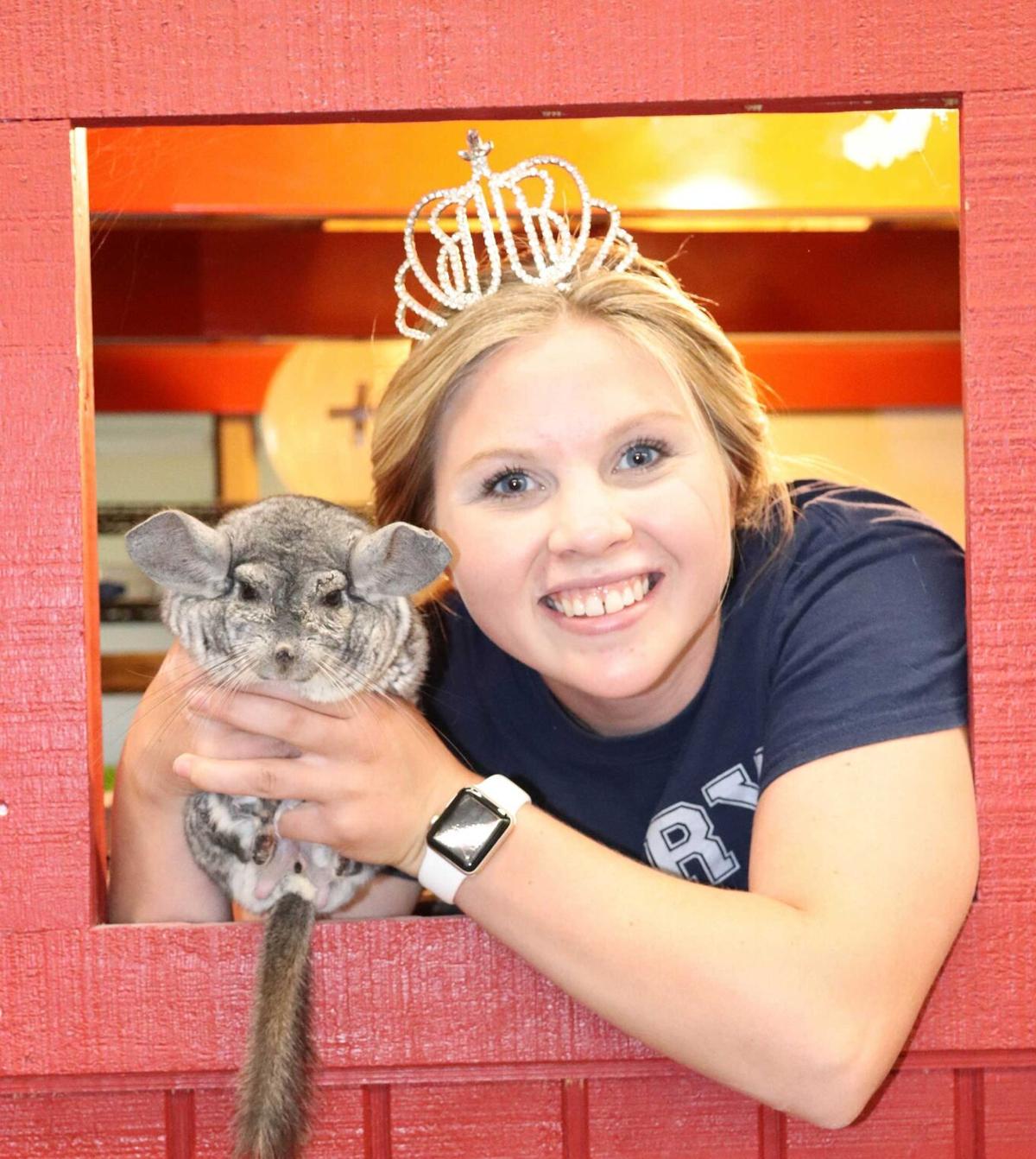 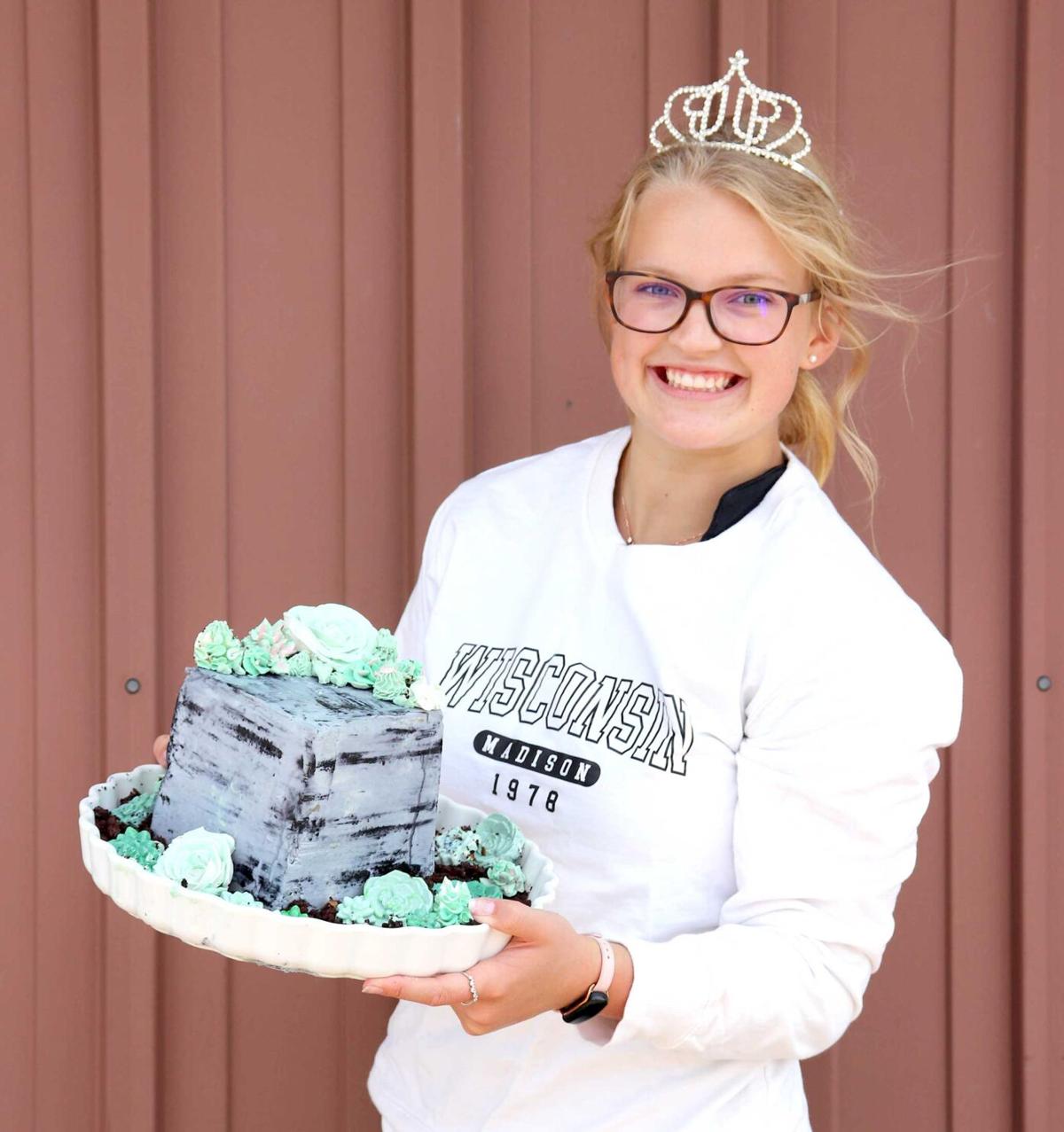 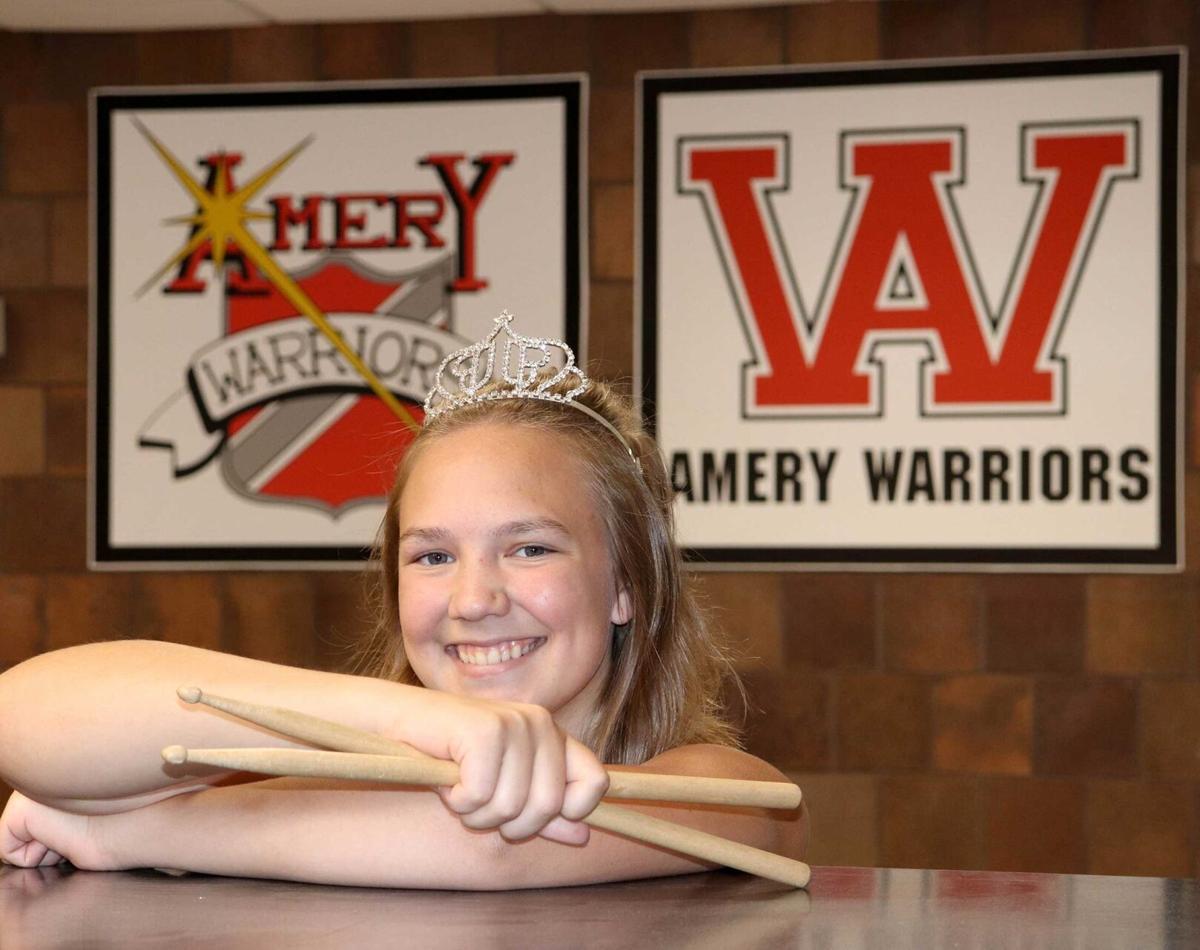 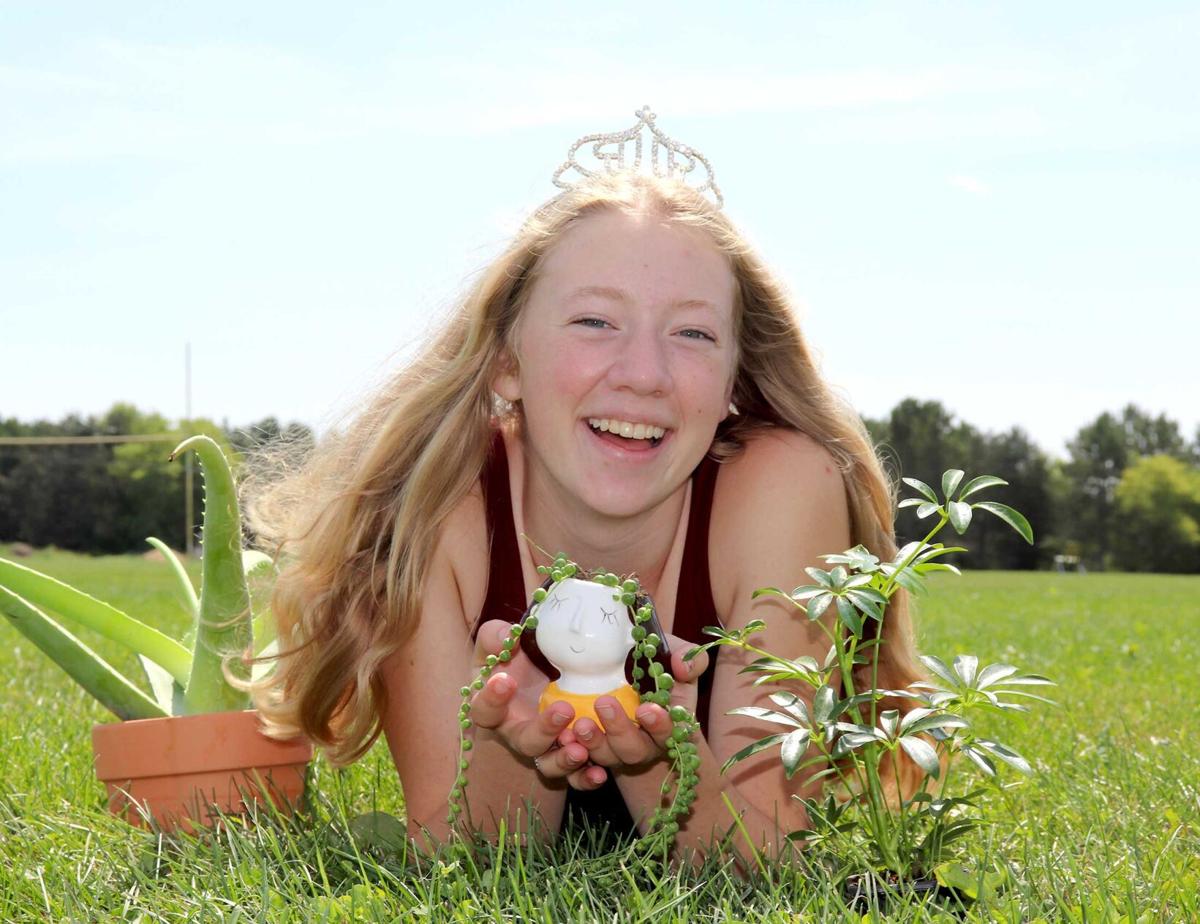 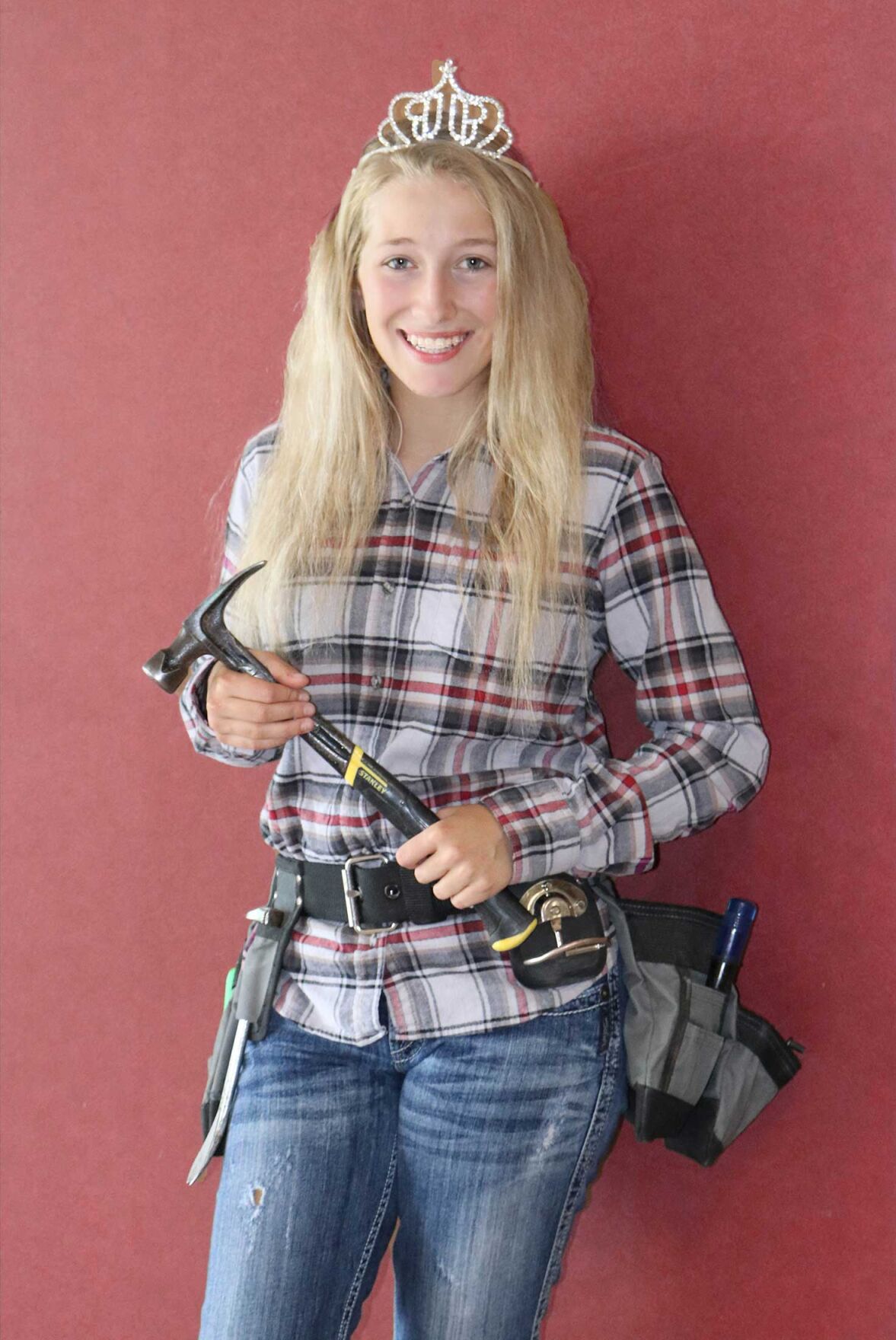 A year ago, the five girls who comprise the 2020/2021 Amery Royalty Court were vying for a spot upon the City of Lakes float. When they were crowned September 19, 2020, they had no idea what was really in store for the upcoming year. One thing that was for sure, was these five weren’t going give up who they were, they just added the title of Queen/Princess to a long list of attributes that makes each of them unique while always being loyal to the royal within.

Like most kids these days, the current Amery Royalty; Queen Deidra Meyer, First Princess Reese Benware, Second Princess/Miss Congeniality Ella Gould, Third Princess Lily Marquand and Fourth Princess Rylee Thompson-Ziemer are busy with a wide variety of activities. They balance their other interests with the time they put into parades and other community service projects that come with being a part of the group.

They all agree that being “Royal” has not totally turned them into frilly girly-girl monsters made of pink, glitter, ribbons and bows. In fact, most of their other passions keep them quite the opposite.

Benware said, “I love all the crowns and gowns that come with royalty and you can almost always find a rhinestone accessory in my outfits. However just because I am a girlie girl doesn’t mean that it has ever stopped me from spending time in the barns at the St. Croix County fair, going for four-wheeler rides, or digging for good fishing bait in the mud.”

Her co-float riders tend to agree. Meyer said you would have never called her a girly-girl when she was younger. “Dressed in oversized shirts, basketball shorts with a rat’s nest of a ponytail… yeah you could say I was pretty much the opposite of a girly girl. If you asked that little girl if she was interested in wearing a dress all day and acting all proper, I think you’d know the answer. However, nowadays I don’t mind causally walking into Kwik Trip right before a parade in a beautiful gown and a tiara on my head. At heart I’m still that little girl who’d rather take you on in basketball than get my nails done,” said Meyer

“Although I enjoy many ‘girly girl’ things, such as dressing up and doing my hair and makeup, it is not something that I consistently prioritize. Instead, I focus on doing things that make me feel like the very best in my own skin, whether or not it is considered girly,” said Marquand.

When Thompson-Ziemer is not polishing her crown, she is wiping the sawdust off of her toolbelt. She is a member of Amery High School’s Construction Academy and through the program earned a certification from WITC. She said she feels just as comfortable in steel-toed boots and safety glasses as she does in a gown.

Like Thompson-Ziemer’s interest in building, each of the other girls have interests outside of being royalty, which cause them to roll up their sleeves. Meyer is highly involved in FFA and working with animals, Benware spends time mixing batter and elbow-deep in dough with her baking interest, timing is everything for Gould who keeps the pace as a drummer and Marquand has no problem getting her hands dirty with her love of plants.

The girls knew being on court would keep them busy, but they managed a fine balancing act and made time to keep the things they had always enjoyed doing a part of their routines. Gould said, “Some of my favorite things to do outside of royalty include playing pep band for our school athletic events and participating in our school plays and musicals, whether it be acting or playing drums in the pit.”

Benware said, “One of my favorite parts of baking would be the creative freedom that I have doing it. I get a lot of my ideas from Pinterest, but I always find a way to turn them around and make them completely unique. I also love that I am able to express my artistic abilities through baking.  Don’t get me wrong, I can’t draw a stick figure on a piece of paper… but oddly enough I can make dozens of succulents out of buttercream.”

Taking time away from other things they love and choosing to run for Miss Amery was a decision made for a variety of reasons. Benware said, “I decided to run for Miss Amery because I saw it as an opportunity to honor, represent and give back to the town and people of Amery that raised me.”

“The main thing that made me decide to run for Miss Amery was my curiosity and desire to explore the towns around Amery,” said Meyer.

Gould expressed she decided to run for Miss Amery because it felt like a good way to prepare herself for the future in terms of the candidacy process and also because of the new people she knew she would be meeting.

For Thompson-Ziemer, running for Miss Amery was 16 years in the making. She was nine months old when her Aunt was crowned to the court and although she doesn’t remember the summer that followed, when her family would tag along from parade to parade, looking back at photos inspired her. “There are pictures of me sitting on the float before I could even walk, and I always knew I wanted to get back up on that float someday,” she said.

Their plates have been full with interests, sports, jobs and family commitments, but they all agree it has been worth it. “I've loved getting to spend the summer with such a great group of girls, both in my own court and with the other courts in our surrounding communities,” said Gould.

Marquand said, “I absolutely love dancing and waving in parades and seeing the faces of little boys and girls light up when my fellow royalty and I notice and wave at them. The friendships and bonds that I have created over my year on court have been unforgettable and it is always a joy to see my fellow royalty and girls from other towns.”

Meyer’s sentiments were similar. She said, “Watching all the little girls and boys’ faces light up when I wave to them, exploring the new towns, meeting new people and randomly getting recognized as Miss Amery are some of my favorite things about being on the Amery Royalty Court.

In a few weeks, they will pass down their crowns and have only the memories left of their crazy summer. “We have all really formed a bond. I am going to miss the other girls, especially our ‘Little Miss’ Penelope,” said Thompson-Ziemer. Marquand agreed, “I will without a doubt miss the four lovely ladies that I have spent my year on court with. Each one of them is incredibly kind, unique, strong and independent. I’ll also miss meeting new people around every corner and representing Amery with pride.”

Although the ending of their reign will free-up some time, the girls are starting to prepare for a new kind of busy as they look ahead to life after graduation. Meyer plans on attending a four-year college after high school. She said, “I’m still deciding my major but it’s between Agriculture Education, Zoology, Animal Science or Environmental Science. I would like to continue to travel and maybe even study abroad during college. I’m very excited for what the future holds for me!”

Benware said, “As of right now, I plan to attend the University of Wisconsin - River Falls. My dream is to become a high school history teacher, so I can help create amazing young individuals and change lives, just like my history teacher changed mine. Then once I get settled into teaching I would like to slowly open up my own bakery on the side, so I can share my love of baking with others!”

“I'm not sure what I want to do in terms of what career I want to pursue, but I look forward to attending secondary school to figure it all out,” said Gould.

Marquand hopes her summer of experiencing new places and new faces continues into the future. She said, “My plans include attending college and getting a degree in law or political science and then retiring early and traveling the world to see new places and meet new people.”

Thompson-Ziemer plans to keep building and designing, using the Amery High School Academy/WITC dual credit as the first step. She said, “After graduation I will be headed off to Dunwoody College of Technology for their Interior Design Bachelor of Science program. After that, who knows?!”