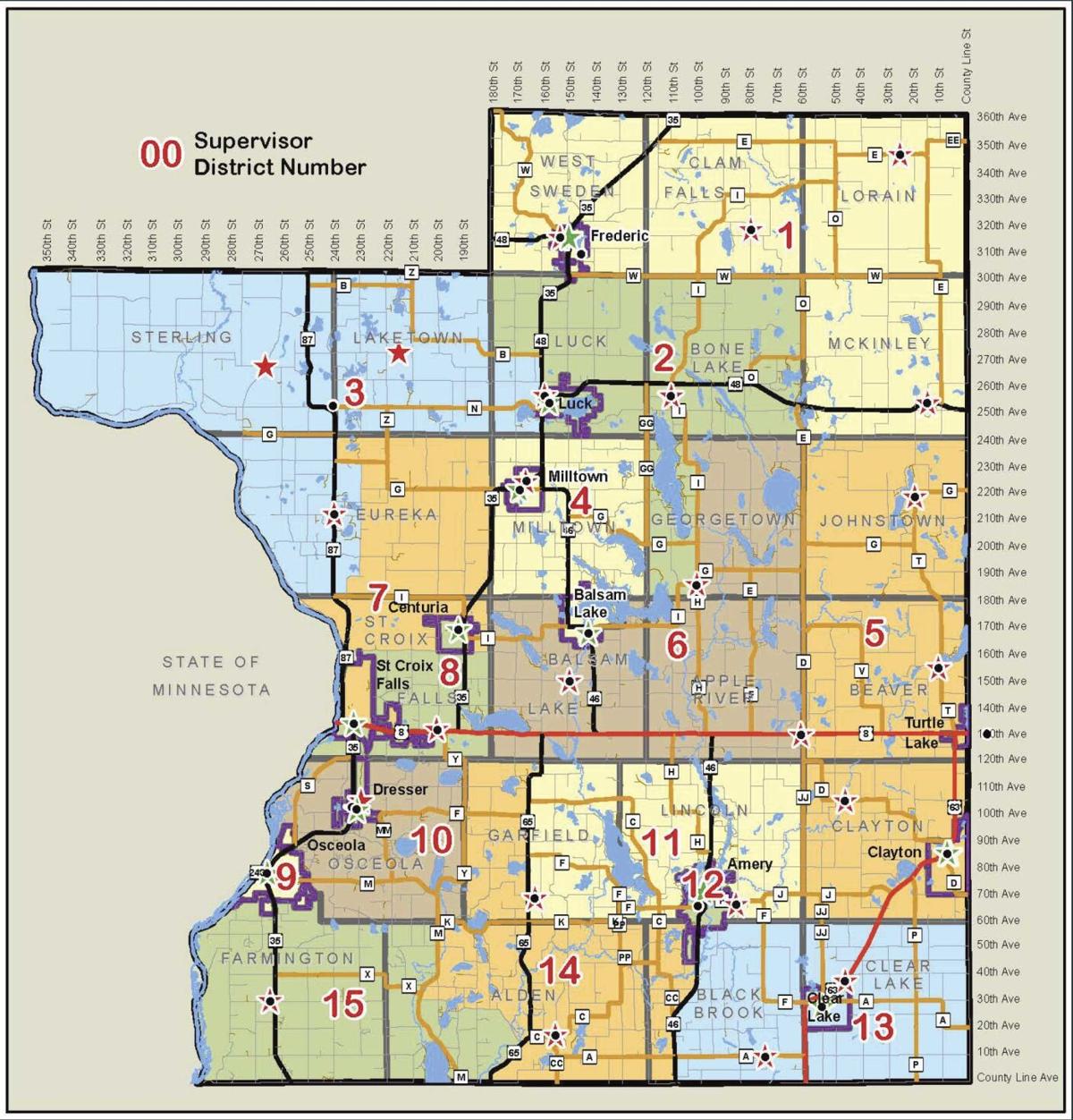 Districting map from 2010 until now.

Districting map from 2010 until now.

A 1.7% increase in the population of Polk County since 2010 (44,205 to 44,977) is enough to prompt the redistricting of the County. County Clerk Lisa Ross said they were trying to keep districts as close as possible to what they were currently.

“The census results show that the population in District 6, 9, 14 and 15 of the current districts had population shifts that would require us to make some adjustments,” said Ross.

She said they also found inefficiencies in Districts 7 and 8.

Two options were presented to the Polk County Board of Supervisors; A and B, with Option A entailing a bigger change.

Supervisors that would most be affected by the redistricting would be John Bonneprise, Joe Demulling, Sharon Kelly and Jay Luke.

Board Chairman Chris Nelson asked the Supervisors if they had concerns over the redistricting or if they were good with it.

Demulling said, “We went to all the township meetings, Johnny (Bonneprise) and I and they were supposed to send something, but they want to keep everything the way that it is.”

It was reiterated by Ross that population change requires a change.

Luke expressed that many people try to figure out who to call when they have an issue, so he was hoping the geographic of the map would not be confusing.

Shabana Lundeen, Deputy County Clerk, said residents can go onto myvote.wi.gov and type in their address to see all of their current representatives from the President of the United States on down.

After the 2010 census, the County Board was reduced from 23 Supervisors to 15. Ross said there were currently about 3000 residents per district. Maps need to be under a 10% deviation (% over goal population of 3000) and lowest deviation (% under goal population of 3000), but their priority in remapping is to keep districts close to the same as current. They also tried to keep municipalities and districts whole whenever possible and tried to create more uniform districts.

Lundeen said county staff had some things they liked about Option B, but they preferred A.

It was brought to attention that Option A split up residents who live on Wapogassett/Bear Trap, who might have common interests, thus want the same Supervisor. Lundeen agreed Option B is a better way to go for that.

An amendment was requested for Option A by Supervisor Kelly asking that the way Districts 7 an 8 were mapped out on Option B, be done in the same way on Option A, which would deviate Option A up to 9.47% but it would put the City of St. Croix Falls and Village of Dresser together for representation.

A final vote was taken, with Option A passing.