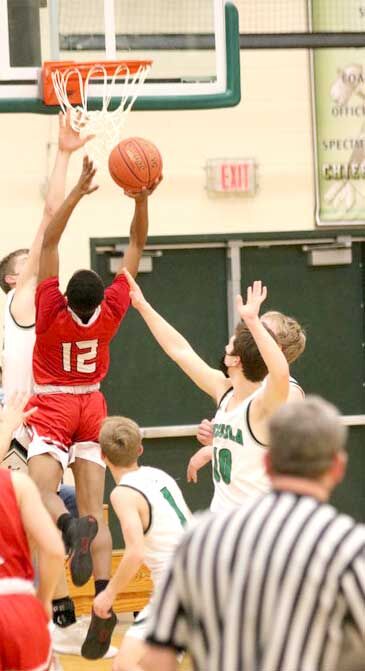 Charlie Flanum (12) scoots in for the score. 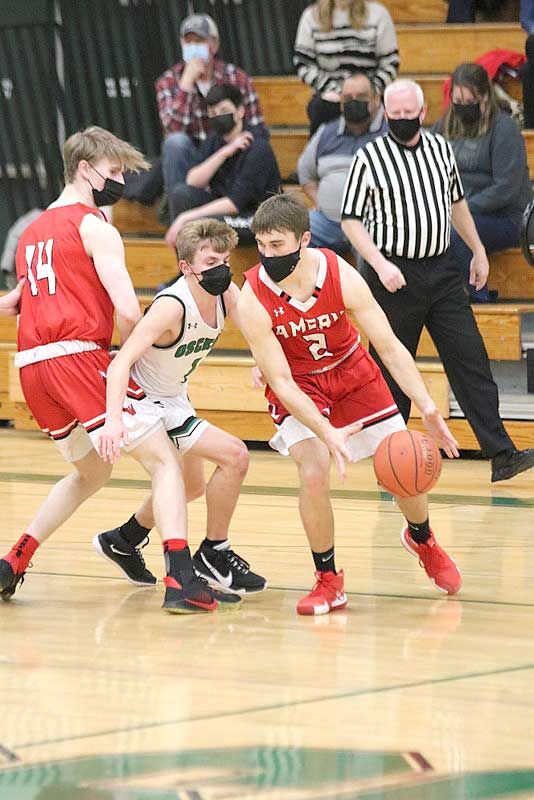 Lane Frederick (14) keeps the pressure on Osceola while Luke Julson (2) gets away with the ball.

Charlie Flanum (12) scoots in for the score.

Lane Frederick (14) keeps the pressure on Osceola while Luke Julson (2) gets away with the ball.

The Amery boys basketball team was unable to sweep Osceola as the Chieftains defeated the Warriors 53-44 in the team’s regular season finale Feb. 11.

The Warriors outrebounded Osceola 38-24, but struggled from three-point range (3-for-17) and committed 22 turnovers.

Central finished with 35 rebounds to Amery’s 23. The Panthers committed 19 assists to the Warriors’ four.