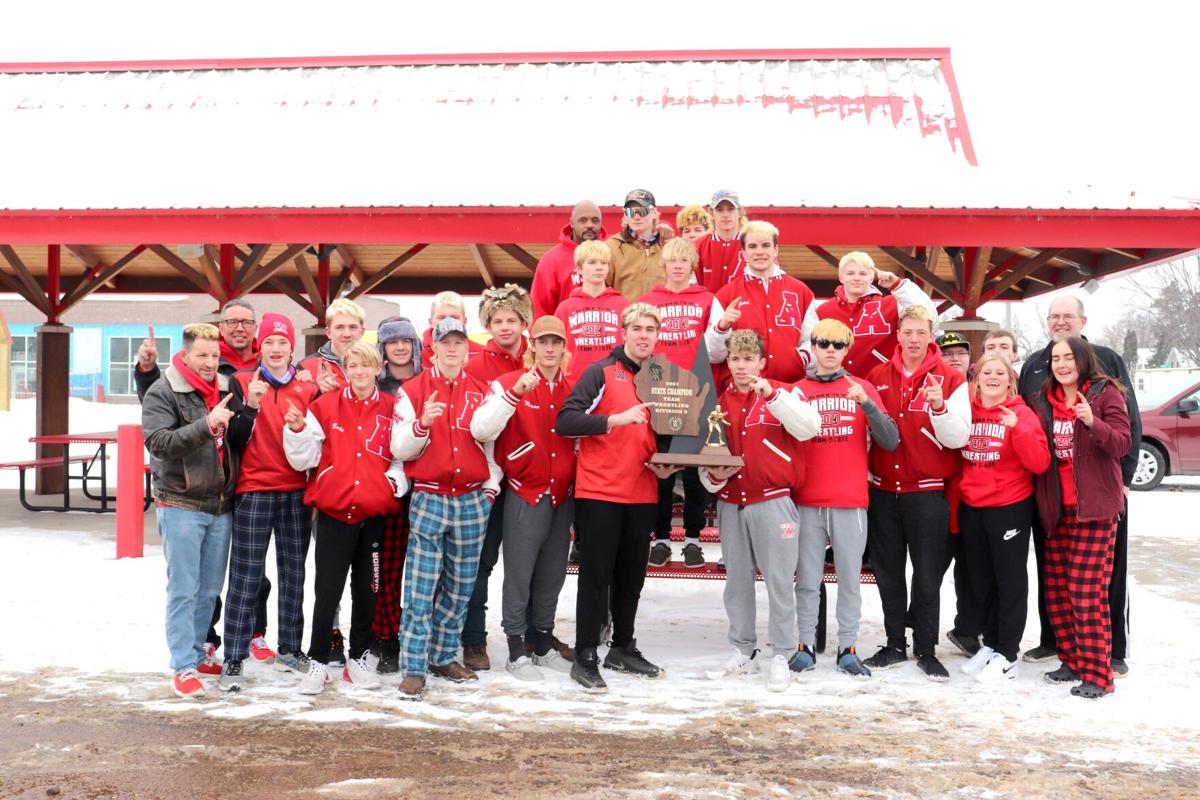 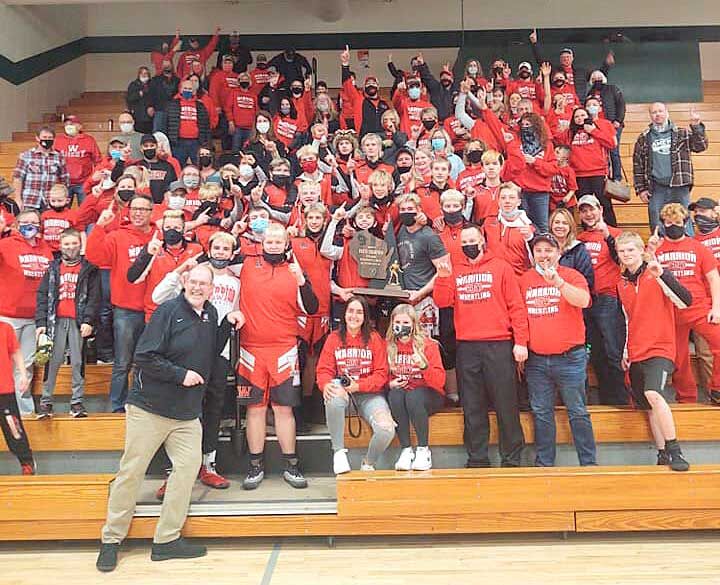 The goals for the Amery wrestling team this season were easy.

Which led to the ultimate goal: A team State Championship. Check.

“I feel great satisfaction with what we have accomplished,” said coach Mike Kelly. “I worked these guys harder than anyone else would ever dream of, and they responded with a State Championship.”

The Warriors tangled with Prairie du Chien in the championship match.

State Champion Koy Hopke started with a pin at 220 pounds within the first 25 seconds of his match against Kyle Quick, which Kelly said was a huge momentum builder.

Robert Beese responded with a 7-0 decision over Jayden Johnson at 285 pounds.

“He wore his guy down so much, he had to be helped off the mat,” Kelly added.

One of the turning points in the match, Kelly said, came at 106 pounds as Brendan Burke won 13-5 over Mason Baumgartner

“He won a match many had him losing,” Kelly said.

The Blackhawks won the next two matches at 113 and 120 pounds via pins.

At 126 pounds, Wyatt Ingham wrestled Ryder Koenig for the second time in a week as the two wrestled at Individual State. For the second straight week, Ingham pinned Koenig.

The Blackhawks won at 132 pounds, by decision, making the team score 19-15 at the point.

The Warriors responded with three wins over the next four matches. Jordan Penard in his final match pinned Kurt Wall at 138 pounds. Mason Tylee earned an 8-3 decision over Luke Kramer at 145 pounds. Walker Ingham, in his final match, at 160 pounds earned the win via disqualification.

“Jordan and Walker getting us six points was huge,” Kelly said.

With the team score 34-21 at this point, Prairie du Chien picked up a major decision and a pin in the next two matches, cutting the deficit to three.

In the semifinal match against Kiel, the Warriors had an easier road. Kale Hopke started off with a pin at 195 pounds against Kiel’s Hunter Westemeyer within the first minute.

The team score jumped to 30-0 quickly, as Amery won the next three matches via forfeit along with Sam Kelling’s pin at 113 pounds over Ethan Vandermeer.

Kiel tried mounting a comeback with two pins and a major decision win over the next three matches.

The Warriors slammed that door shut with wins over the next five matches. Jordan Penard won 9-1 over Ezekiel Sippel at 138 pounds. Mason Tylee pinned Jose Capetillo at 145 pounds. Timmy Kelling won 12-6 over Connor Faust at 152 pounds. Walker Ingham earned a 7-0 win at 160 pounds. Grant Cook completed the scoring with a pin over Connor Meyer at 170 pounds.

“Kale Hopke starting off with a pin was huge and then Sam and Timmy Kelling’s wins kept us so pumped up,” Kelly said.

“They really built this program from the ground up,” Kelly concluded. “We are going to miss them greatly, but they have taught the others how to get it done. So, I believe we will continue to win at Amery.”