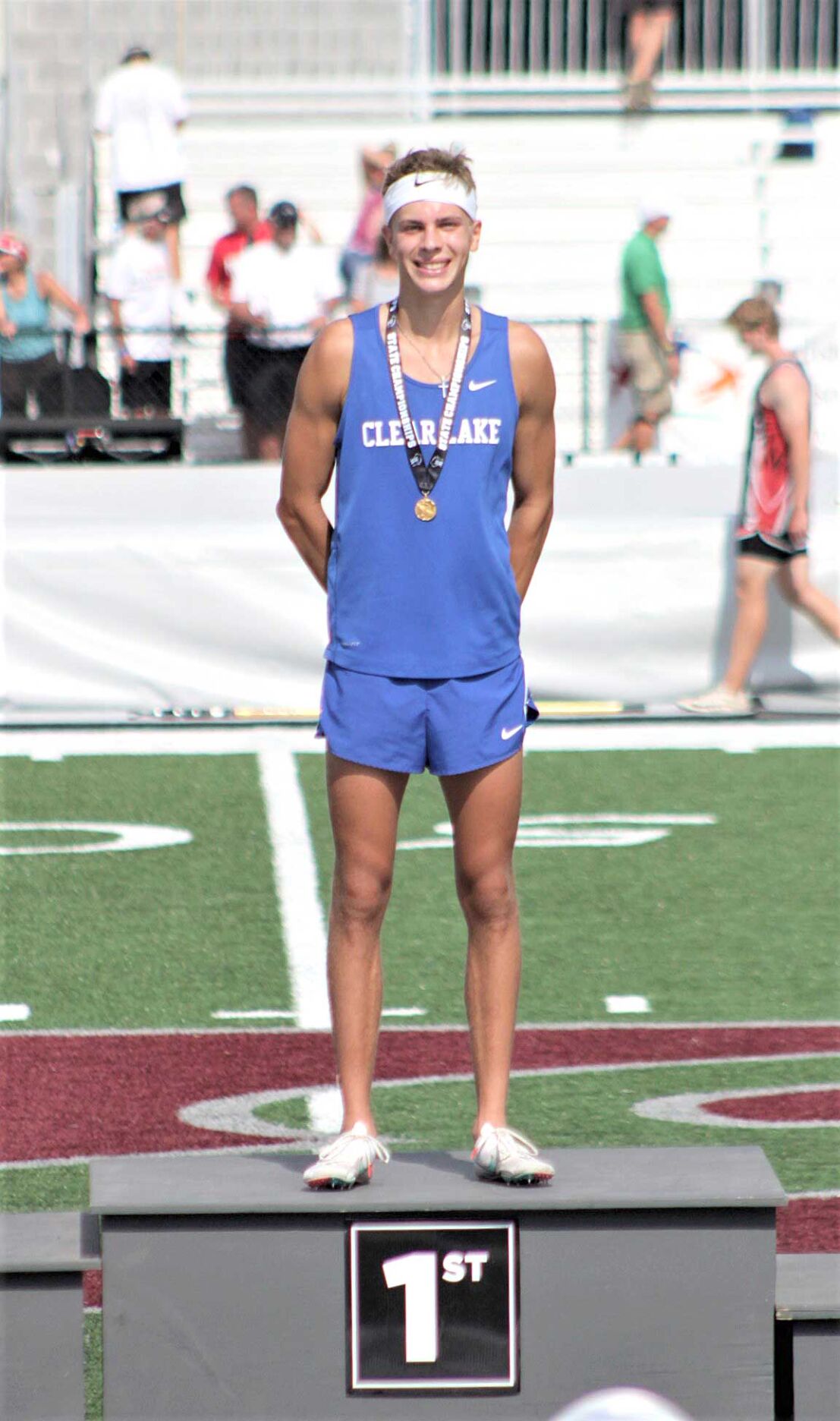 Adam Loenser is the first male athlete from Clear Lake to win a State track title since 1990. 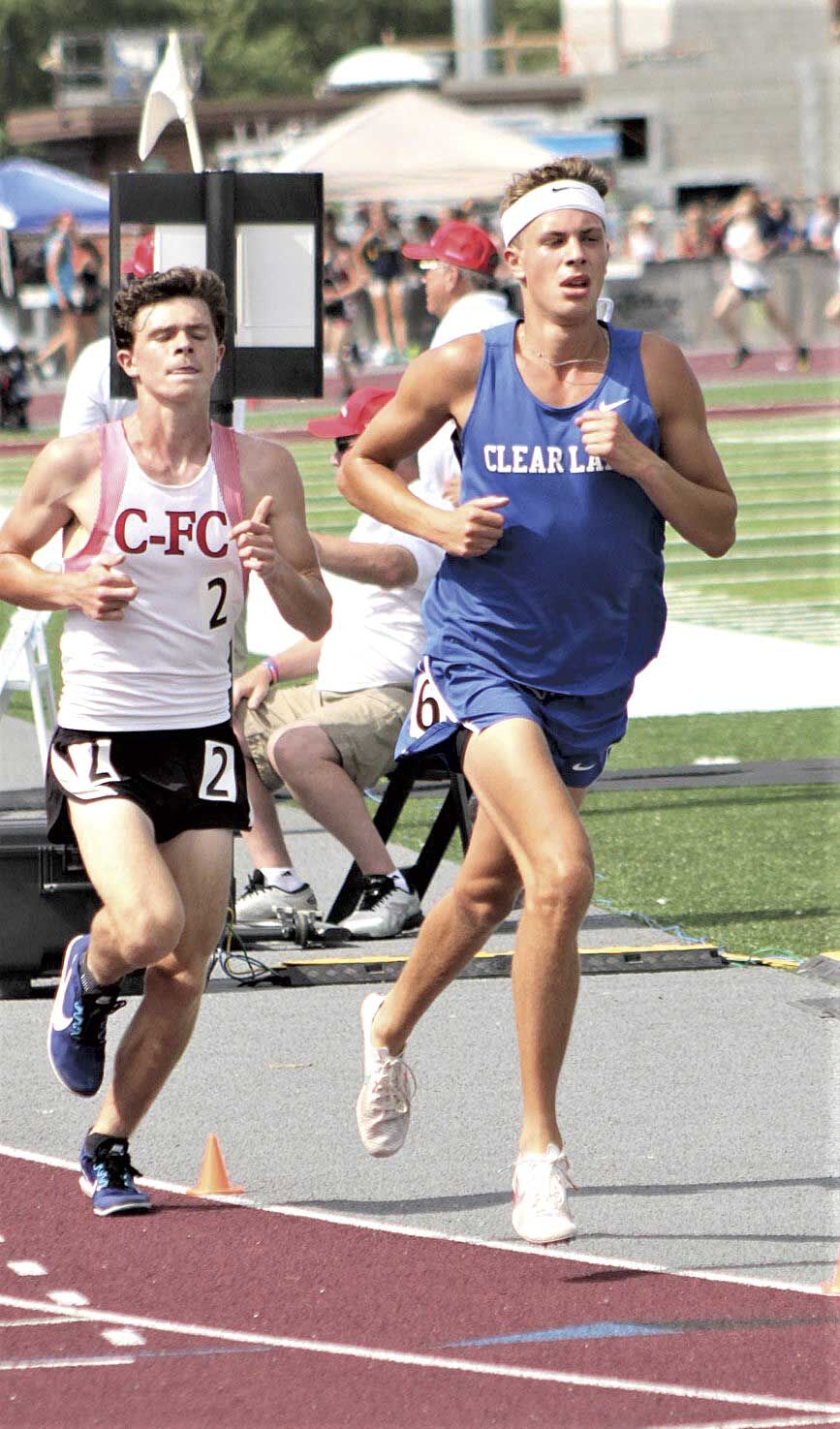 Loenser finished 4.75 seconds ahead of his nearest competition to win the WIAA Division 3 state title. 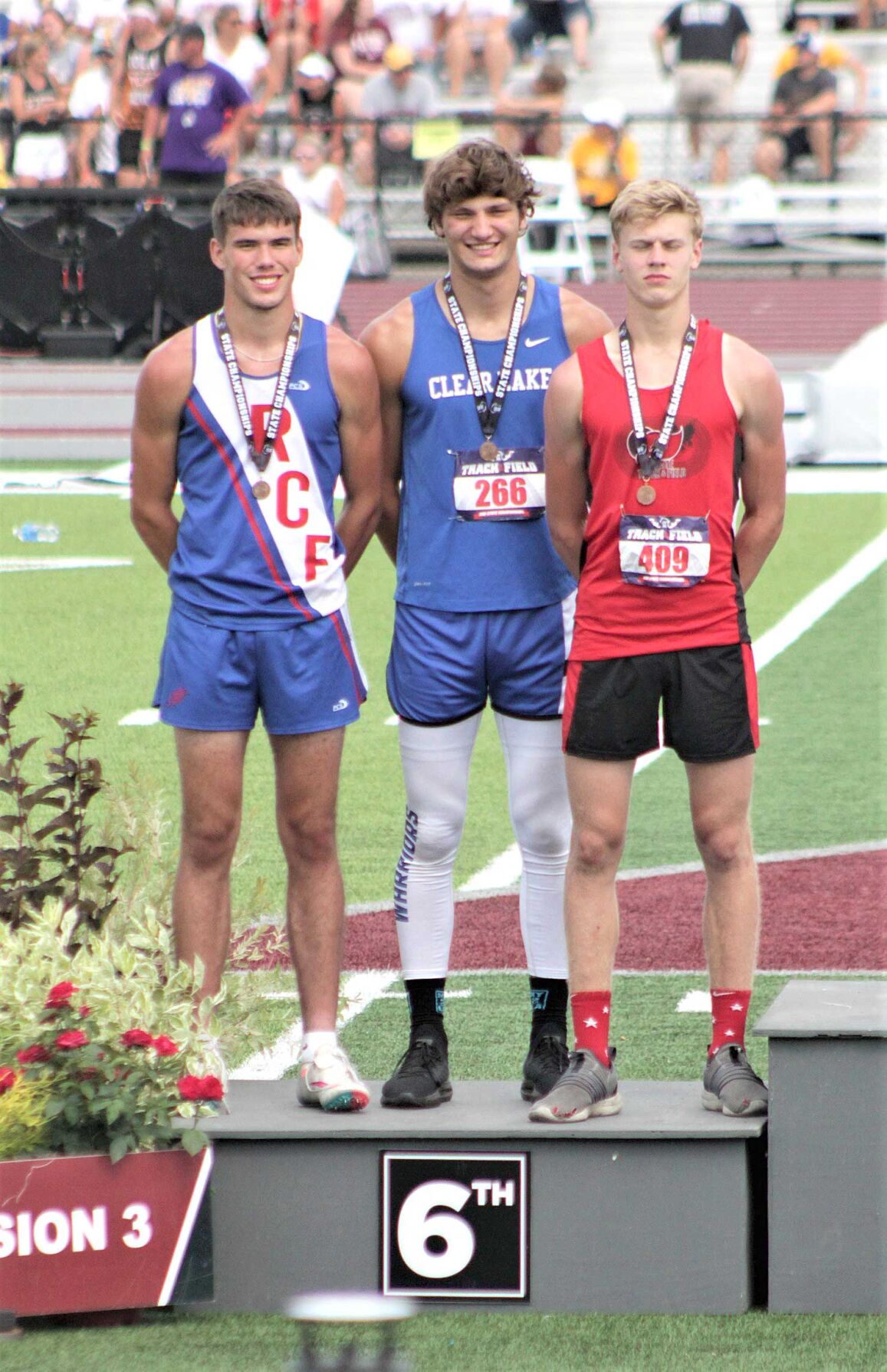 Riley Peterson shared a three-way tie for sixth in the high jump.

This past weekend was one for the record books as Clear Lake senior Adam Loenser not only set a school record in the boys 3,200-meter run. He also became the first male athlete from Clear Lake to win a state track title since 1990. Loenser finished 4.75 seconds ahead of his nearest competition to win the WIAA Division 3 state title.

Loenser also teamed up with sophomores Derek Kreier and Carter Carlson and fellow senior John Pearson to place eighth in the state 4x800-meter relay with a time of 8:42.66.

Junior Riley Peterson cleared 6-00 in the high jump to claim a three-way share of sixth place.

Overall the boys finished tied with Iola-Scandinavia and Cuba City for 16th place in the team standings with 13 points. 71 teams recorded team points, led by La Crosse Aquinas with 54.