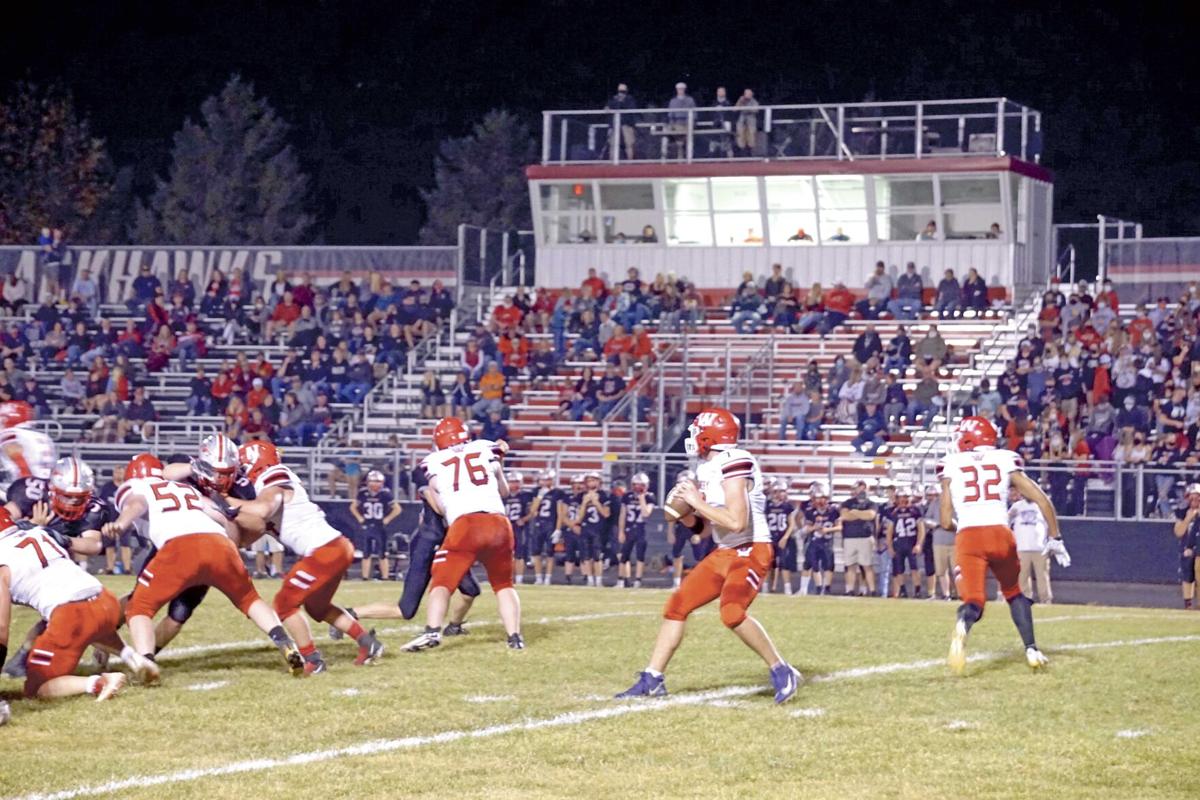 Quarterback Kale Hopke looks for an opening. Hopke threw for over 360 yards passing. 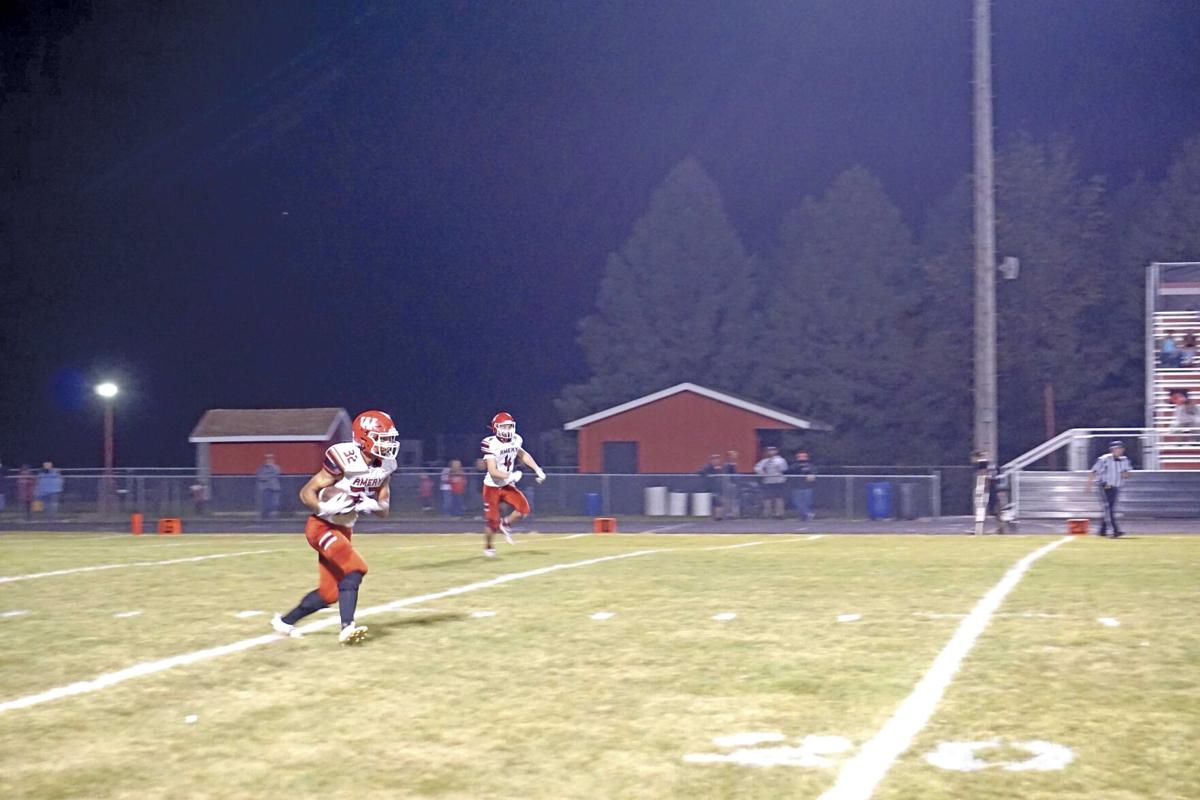 Michael Kurschinski runs away with the ball.

Quarterback Kale Hopke looks for an opening. Hopke threw for over 360 yards passing.

Michael Kurschinski runs away with the ball.

Kale Hopke threw for over 360 yards passing, but it wasn’t enough as the Baldwin-Woodville football team handed Amery a 34-21 loss Oct. 9.

Hopke was 18-for-34 for 369 yards passing and three touchdowns, but also had three interceptions.

Amery went into intermission down 14-0, but started off the second half quickly as Hopke connected with Gavin Melberg for a 53-yard receiving touchdown at the 10 minute, 26 second mark of the third quarter.

The Warriors got within six, 27-21, with 4:44 left in the fourth as Keaton Tollakson was on the receiving end of Hopke’s third touchdown of the night from 30 yards.

Amery couldn’t get anything going on the ground, as they finished with 16 rushes for 39 yards as a team.