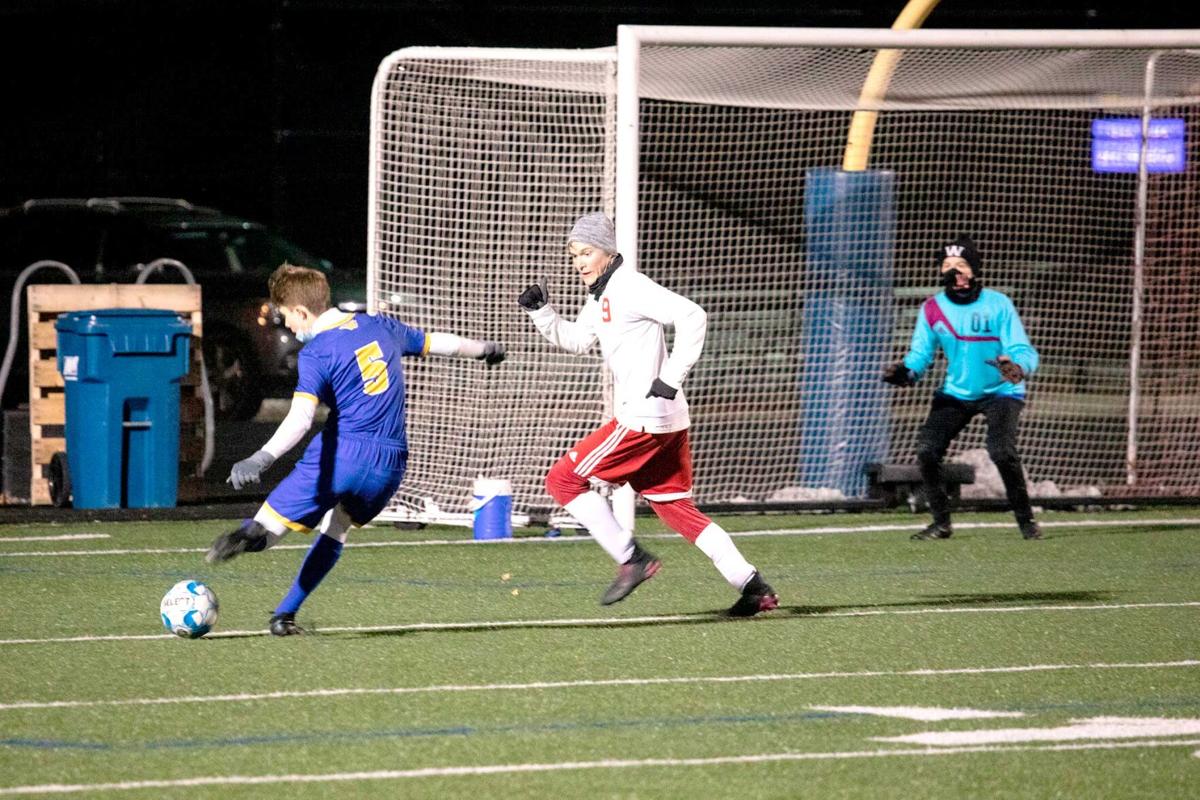 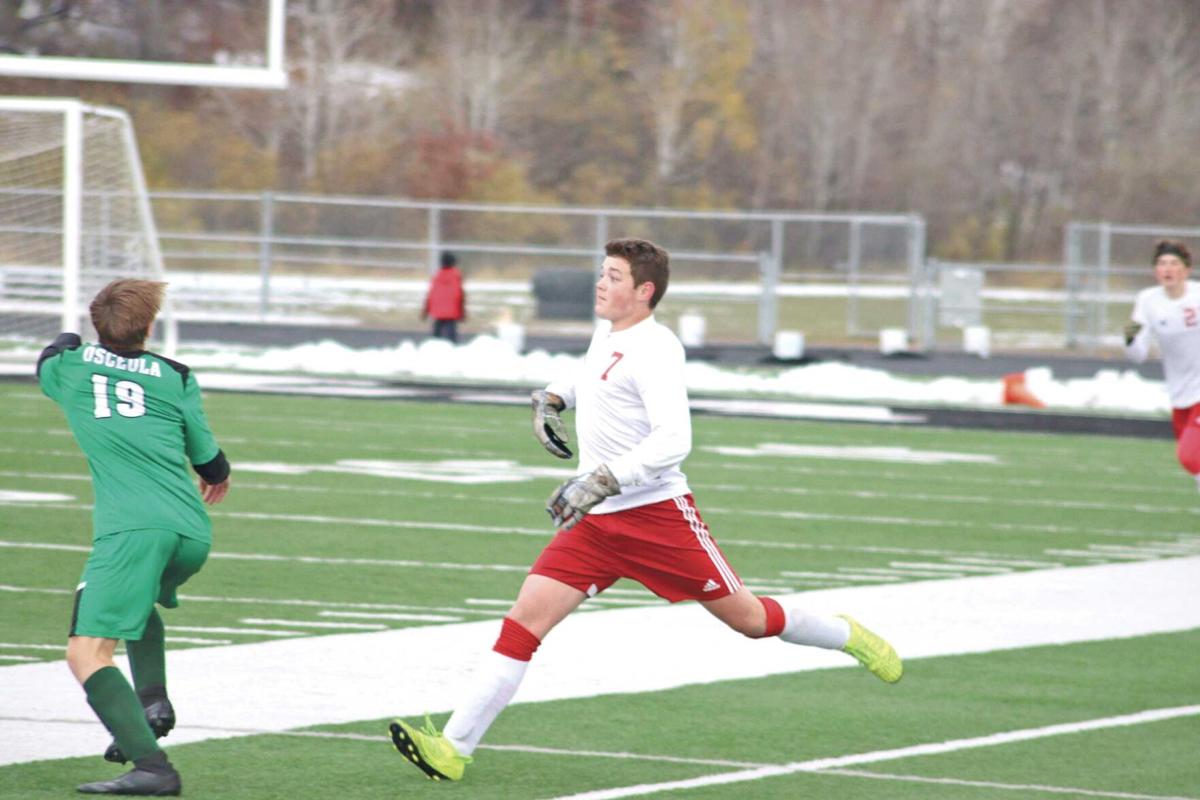 Jacob Oman (7) hustles on the field. 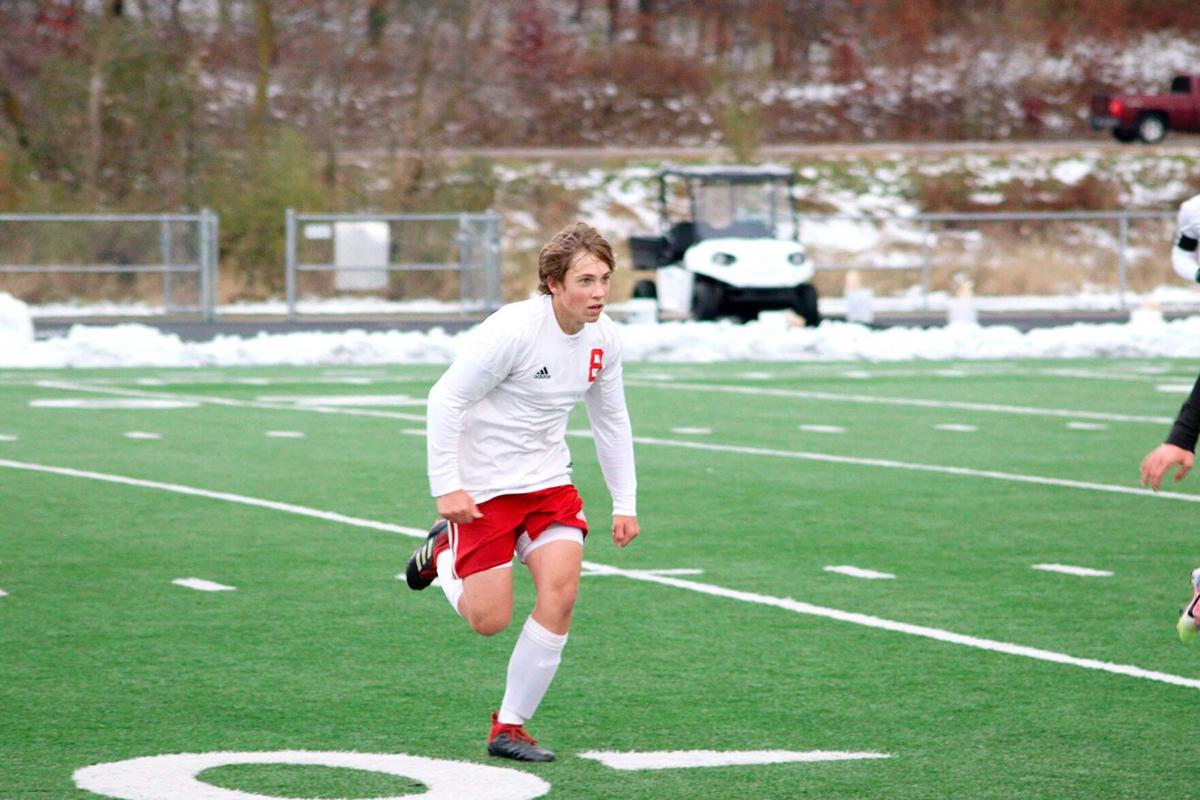 Otto Whitley (8) running back after a score. 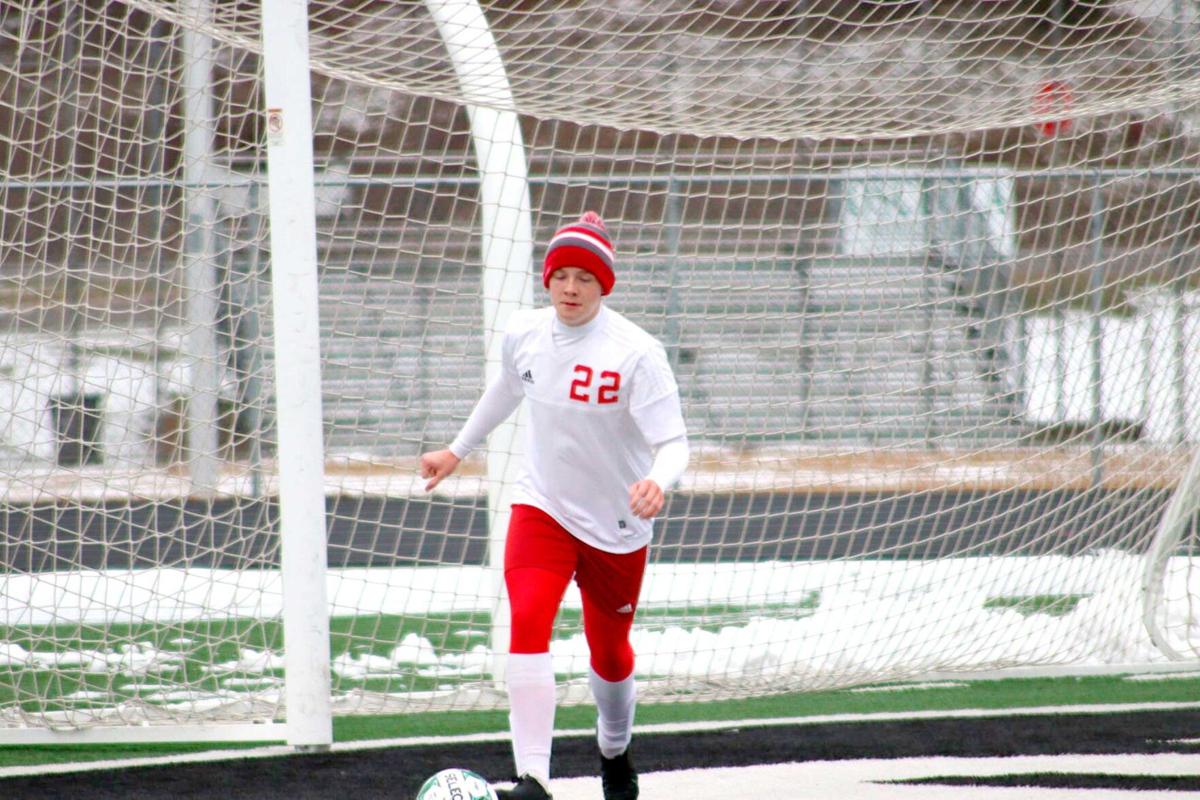 Caleb Wilson prepares to take a kick at the ball.

Amery boys’ soccer displayed some of their best performances yet in their back-to-back regional play-off games over the weekend. After a 3-day delay due to snow-covered fields, the #5 seed, Amery Warriors, took on the #4 seed, Osceola Chieftains, on Friday in Osceola. The team started on top with two goals in just the first 7 minutes of play. Jacob Oman and Dayton White were the first to score. By the 20th minute of play, Otto Whitley and White added another two goals. The aggressive offense continued throughout the second half adding three more goals by Justin Walters (2) and Ryder Fern. The aggressive line of the defense held Osceola to just one goal and only allowed 6 shots on goal. Michael Lepak led the team with 7 clears followed by Sammy Otto with 5. The team took home the 7-1 victory.

Just a little more than 24 hours later, Amery arrived in Rice Lake to play the #1 seed of the region. The team left nothing back as they continued to play their best of the season. Solid passing, good communication, skillful movement, and constant effort were all key factors in the low-scoring game of 0-3. Rice Lake was stopped 11 times in goal by JC Wentz, challenged in 1-on-1 tackles 7 times, and 21 clears by the defense. Leading defensive players included Joseph Bohn, Sammy Otto, and Michael Lepak. Amery drove the ball downfield to make 5 attempts on goal. The energy and perseverance of the team was evident to the very end. This wrapped up the shortened season due to Covid-19 and the team finishes with a record of 4-4-1.