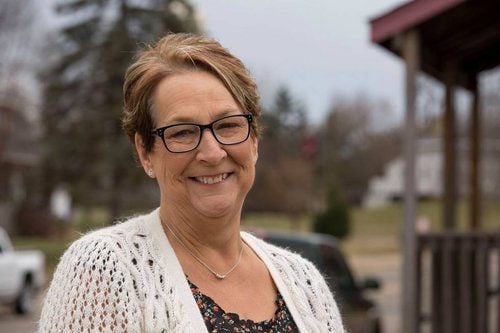 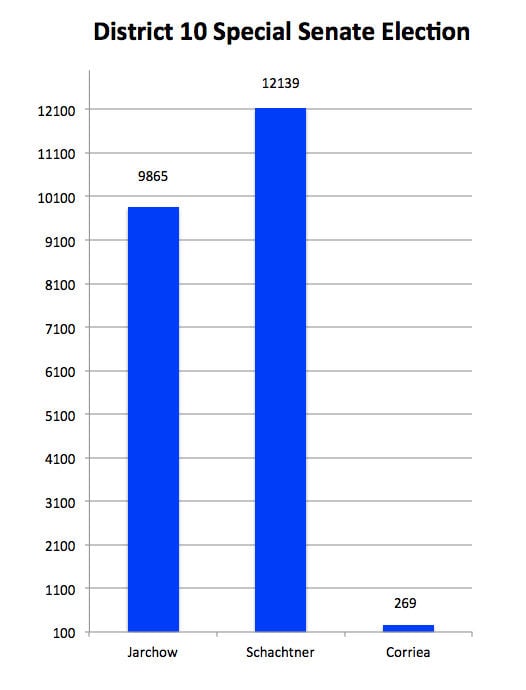 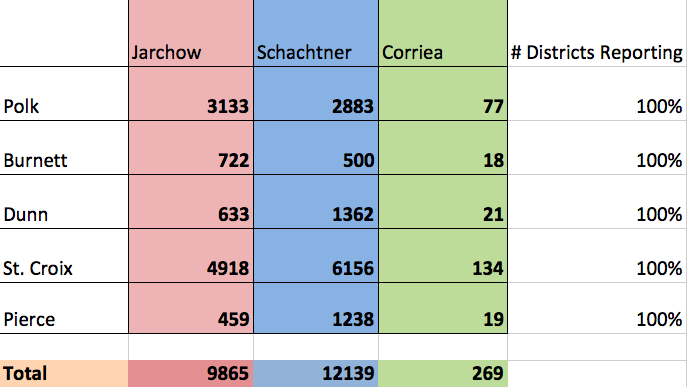 Results by county within District 10.

Locally, republican candidate and Assembly Representative Adam Jarchow carried his home district by margins of 3,133 to 2,883 in Polk Co., and 722 to 500 in Burnett Co.

Somerset native Schachtner reclaimed that ground in St. Croix County by a margin of 6,156 to 4,918, and won by even wider margins in the less populated Pierce and Dunn Counties.

In a congratulatory statement released by Representative Jarchow he said, “It was a hard-fought campaign and she prevailed. I look forward to working with Patty in Madison and continuing to deliver results for the people of Northwestern Wisconsin. I also commend Brian Corriea for throwing his hat in the ring - running for public office isn’t easy. Finally, a big thank you to everyone who supported my campaign and volunteered their time, effort, and money.”

“This campaign was about investing in people and revitalizing our area, whether that is making sure every Wisconsinite has access to affordable health care, funding our public schools, technical colleges and UW campuses, or investing in good-paying jobs right here in Western Wisconsin. Tonight, voters showed that they share those priorities, and I am deeply grateful for their support.”

“To my supporters who voted for me, and also those who didn’t, I promise to fight every day to make sure your values and needs are represented in Madison. To my opponent, Rep. Adam Jarchow, I look forward to the opportunity to work together in meeting the needs of our constituents.”

A public swearing-in ceremony for Schachtner will take place at the Somerset High School gymnasium on Friday, Jan. 26 at 1 p.m.