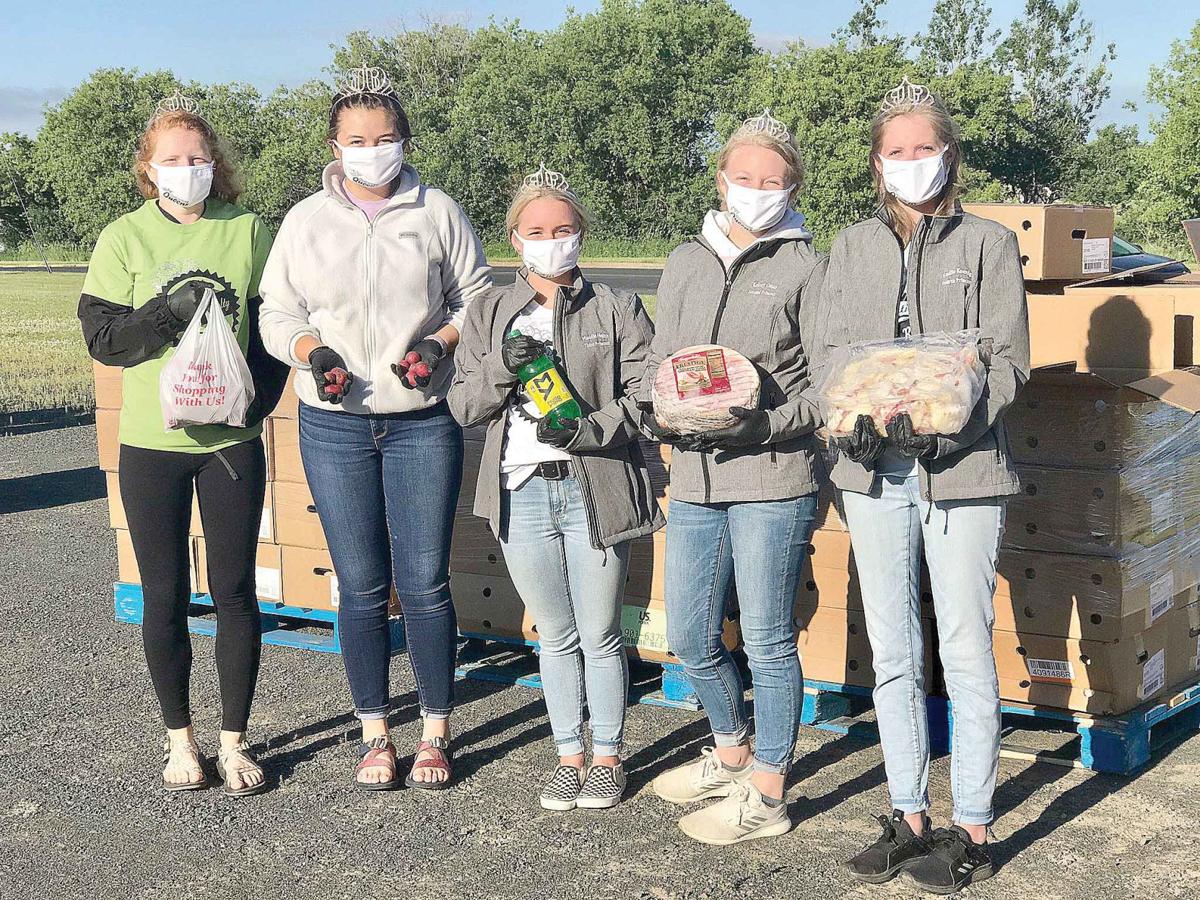 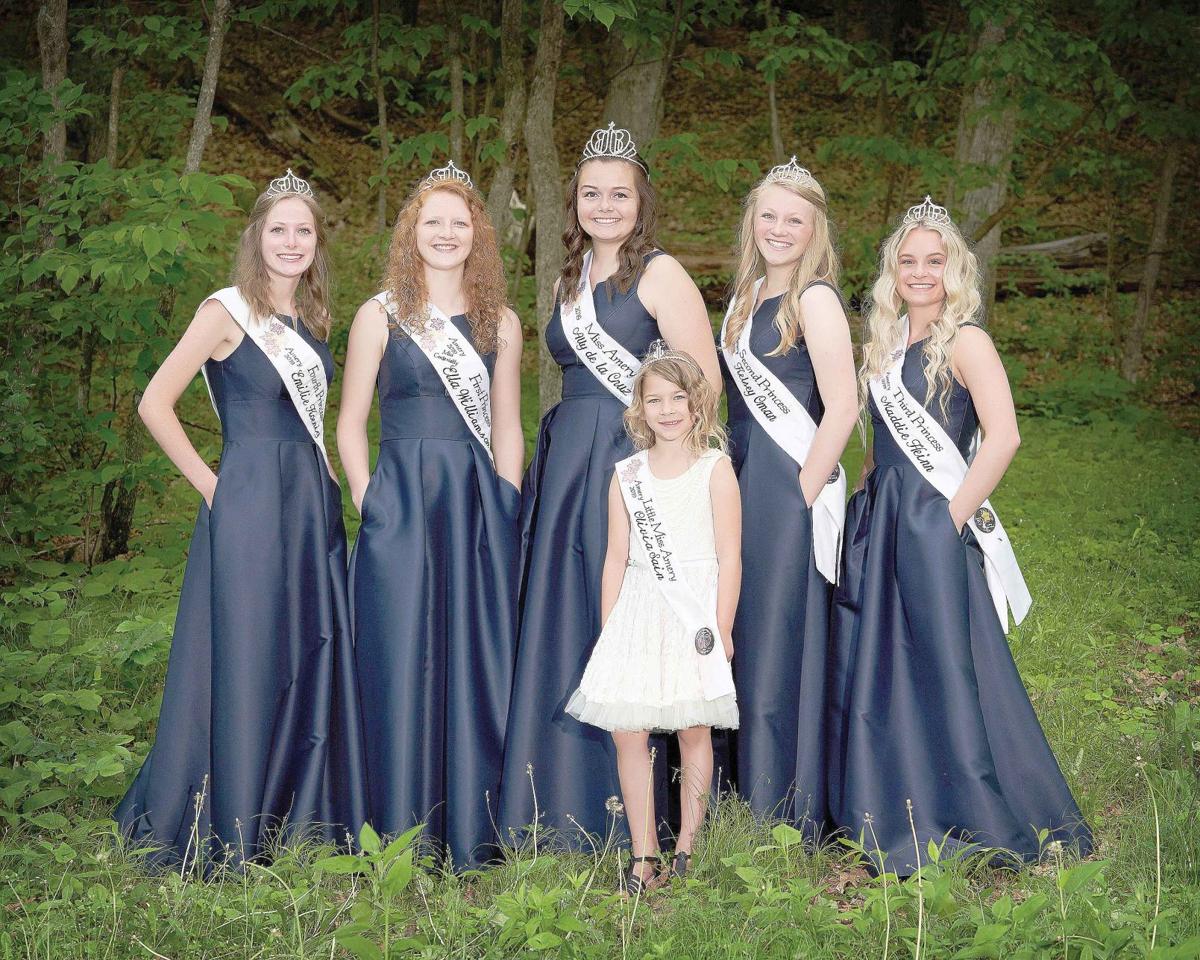 Some might think being crowned to the “Miss Amery” court is all about riding through parades. What happens if there are no parades?

Even COVID-19 cannot dull the shine of the five girls who were crowned to represent Amery during the 2019 Amery Fall Festival. Despite circumstances, the Amery Royalty has been hard at work finding activities that allow them to spread joy to others, including a jaunt around Amery this upcoming weekend.

Miss Amery, Ally de la Cruz, said, “Last September, the moment I was crowned, my jaw dropped (literally). Never in a million years did I expect that crown to land on my head. For a moment, everything went silent in my mind as I took in the shock. It was truly unbelievable. I was and still am extremely humbled to have this incredible title.”

She explained her mind went immediately crazy with excitement for the upcoming year with questions such as, “What dresses will we wear? What songs are we going to put on our float playlist? When do we get to meet all the other royalty?” Queen Ally said, “I imagined we would have parades most weekends, and get to make strong bonds with other courts. I imagined seeing the bright smiles from not only the city of Amery, but so many other beautiful communities. I imagined lights and music, and those horrible, but oh so great tan lines from our dresses. I imagined a year that I would never forget, although that is still very much what we have been given.”

“When I was crowned I left surprised and excited for the year ahead of me,” said Forth Princess Emilie Koenig.

She said she expected the summer to be hectic and full of fun events. “One thing I looked forward to was the van rides to parades. In the few events we’ve gone to, there were many stories, laughs and lots of singing,” said Princess Emilie.

“When school shut down, I first thought that this would maybe last a month at the most. I started reading more articles and listening to the news and soon realized that COVID-19 was going to be around for much longer than that. As soon as the stay at home order was put into place, I figured our summer would look different. I just didn’t yet know how different it really would be,” said Second Princess, Kelsey Oman.

Although parades have been nixed one by one, the royalty has rallied on though by finding other ways they can be helpful in the community. Princess Emilie said they have met a few times to brainstorm ideas. Princess Madilyn said, “We have volunteered at Ruby’s Pantry, made signs to showcase outside the community nursing homes to brighten the day of the residents, volunteered at the middle school during the food distribution and we enjoyed writing happy messages in chalk on the sidewalks of the school district. We have great plans for the future.”

Princess Kelsey said it has been disappointing to not be able to attend parades and make connections with surrounding town’s courts as well as young people within Amery. “I sure would love to attend a few parades by the end of the summer, but I know that the heath of every community member is so important and valued, and the cancellation of parades is simply to keep people safe,” she said.

“One of the biggest bummers of this year was not being able to see surrounding royalty as much as we would’ve liked. It is always a blast to create friendships and meet new people, but we are still staying connected through social media and wishing them the best in this crazy time,” said Queen Ally.

She said, “One of the best things I was looking forward to was the spaghetti eating contest for Hudson Pepper Fest!”

Amery has 13 girls running for “Miss Amery” for the 2020/2021 year. As far as advice from the current royalty, Princess Kelsey said, “Be yourself. Be one hundred percent true to you. Remember that you are brave, you are beautiful, and you are brilliant. Make connections with your fellow candidates and don’t take a moment of this process for granted. Whatever the outcome, it’s a fantastic experience that you will never forget. Good luck, and enjoy the journey!”

Queen Ally agrees. “Don’t take one second for granted. Take mental pictures (and actual pictures) of even the littlest memories. The candidate experience in itself is an awesome opportunity. This will be an unforgettable experience, and it will fly by. Smile so much your cheeks hurt and find joy in every little thing. The possibilities for you are endless. You’re amazing, and you guys will do incredible things,” she said.

The Amery Float carrying the girls will leave Amery Schools and head north on Minneapolis Avenue, west on Central, cut behind Lamperts in the alley and jump on Riverside. They will continue north through North Park, across Keller to the Arlington Loop.  Afterwards, they will get onto Keller and head to Burman and south on Harriman. They will proceed to Cherry Street and over to Griffin, and back to the school campus.

The girls and those who help them plan have really been thinking outside of the box with this one. They encourage the community to step outside and enjoy their one float parade as it glides through the City of Lakes.