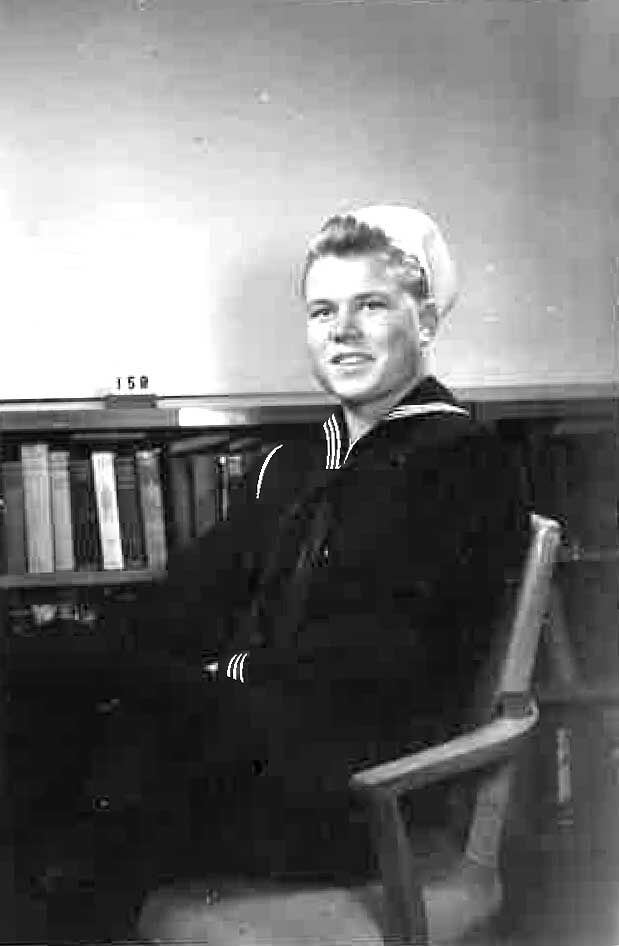 Arneson posed for a picture at a USO Club. He left the Navy in 1946. 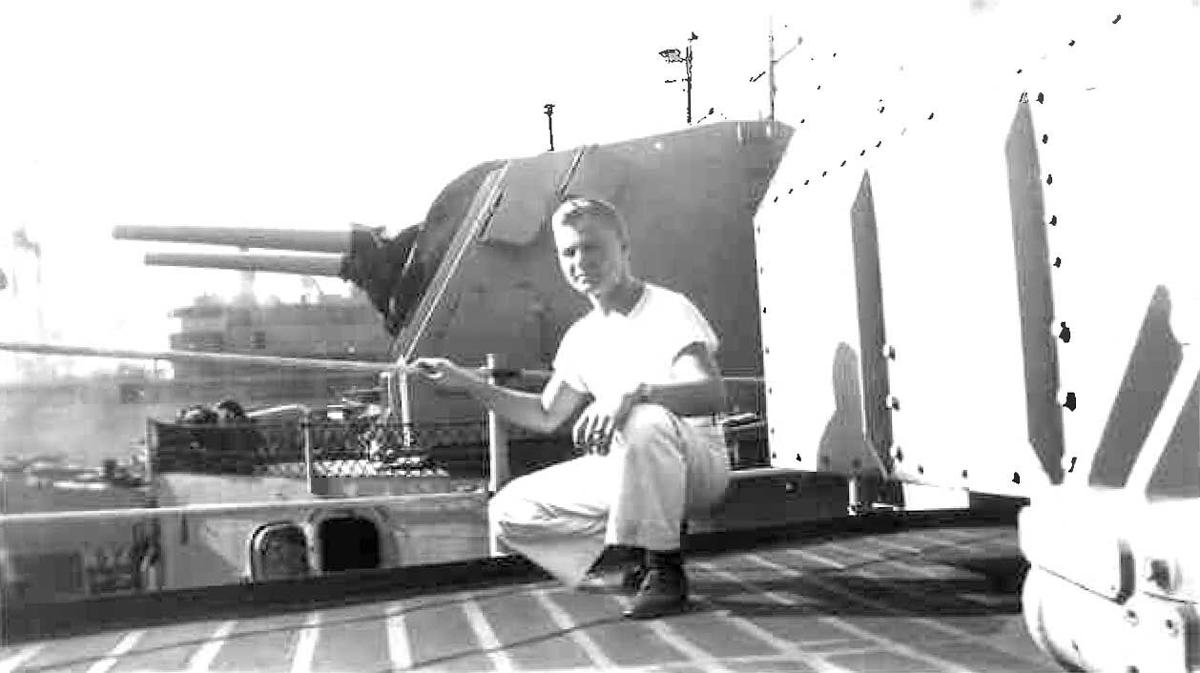 Arneson served as a radio operator on the U.S.S. Borie. Arneson said the ship was “smooth and fast.” 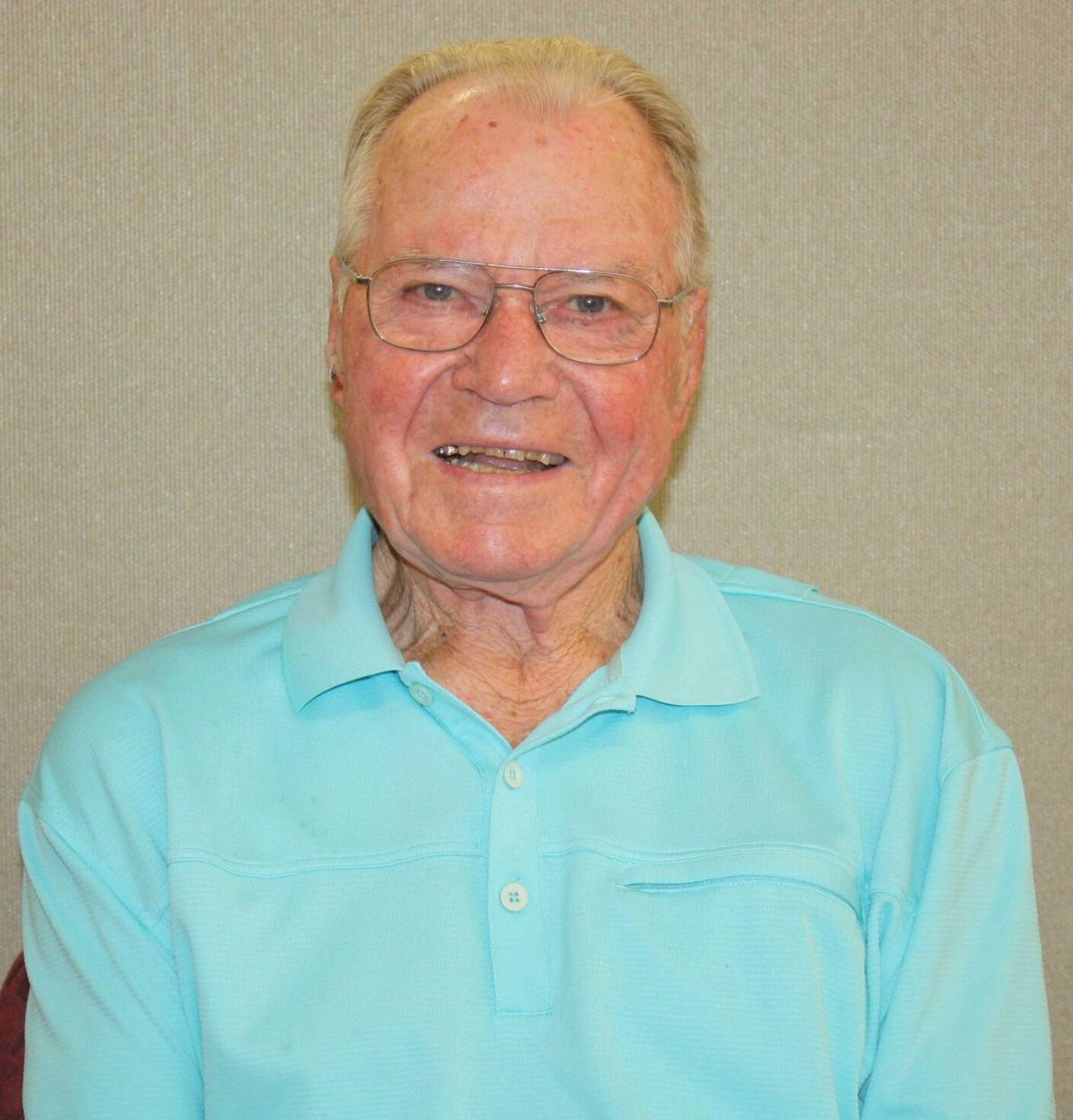 Arneson posed for a picture at a USO Club. He left the Navy in 1946.

Arneson served as a radio operator on the U.S.S. Borie. Arneson said the ship was “smooth and fast.”

Orrin “Doc” Arneson was fresh out of high school when he enlisted in the Navy in July 1945. After spending his childhood on the farm, he was anxious to see the world and learn a trade.

After taking an aptitude test on electronics at Milwaukee, Arneson spent six weeks at Naval Station Great Lakes in Great Lakes, Illinois. After basic, he attended radio school in Chicago and reported for duty in Norfolk, Virginia. Arneson arrived at Guantanamo Bay Naval Base in Cuba in January 1946 where he was assigned to USS Borie DDE-740.

The Borie was one of the last ships attacked by a kamikaze pilot. Aug. 9, 1945, the same day as the atomic bomb was dropped on Nagasaki, a kamikaze crashed into Borie's superstructure between the mast and the 5-inch gun director, causing extensive damage, killing 48 men and wounding 66.

“Luckily, the bomb dropped off the edge of the ship, or the damage would have been much worse,” Arneson said. “The guys told me the force of the blast either knocked them down or lifted them off their feet.”

Arneson’s time on the Borie came after the ship was repaired. He served as a radioman apprentice. One of the perks of working the 10 hour shifts in the radio room was getting all the coffee you could drink any time of the day or night, Arneson recalls.

The Borie had six batteries of 5-inch guns, five torpedo tubes and lots of depth charges. The ship was 400 feet long, 40 feet wide and could move as fast as 40 miles per hour.

“We had a good crew, we were treated well and worked hard,” Arneson said.

He left the Navy as a Seaman First Class in August 1946.

Arneson wanted to be a pilot when he left the Navy but learned there was a glut of 29,000 pilots after the war. He decided to study Forestry, starting at LaCrosse State College before transferring to the University of Minnesota, where he met his classmate, future Minnesota Vikings coach Bud Grant.

Arneson heard there was a large number of people getting into forestry so he returned to his love of aviation and attended the Spartan School of Aeronautics in Tulsa, Oklahoma, graduating as an aircraft mechanic. Doc got a job with Wisconsin Central Airline in Madison, Wisconsin.

He enjoyed his years as a “Doctor of Motors” with the airline, helping to standardize a fleet of DC-3s the airline acquired from Eastern Airlines. Wisconsin Central Airline flew flights to regional hubs, including Midway in Chicago.

Arneson decided he would like to try medical school. When the Veterans Administration declined to fund the schooling, he received a loan from his father. Doc got his Pre-Med degree from Marquette University and his medical degree from the University of Wisconsin in Madison. He graduated June 15, 1956 and got married the next day. His wife, Kristie, was a bookkeeper at a Chicago bank.

Arneson did a one-year residency in Grand Rapids, Michigan, where he did rotations in orthopedics, heart, internal medicine and performed some basic surgeries.

The couple moved to Amery in 1957 where Arneson joined the Amery Clinic with Doctors Ford and Marra. In the next 30 years, Arneson would deliver around 60 babies a year. He estimates he delivered just under 1,800 children. Doc is proud that he was an early adopter of allowing fathers to gown and mask up to witness the birth of their children.

Arneson was the lone doctor at the clinic for seven years after the retirements of Ford and Marra. Doc retired in 1992.

Arneson and his wife have four children: Vickie, Yvonne, Gwen and Duane and four grandchildren.

“I’ve had an interesting life,” Arneson said. “I’m so grateful for my health.”