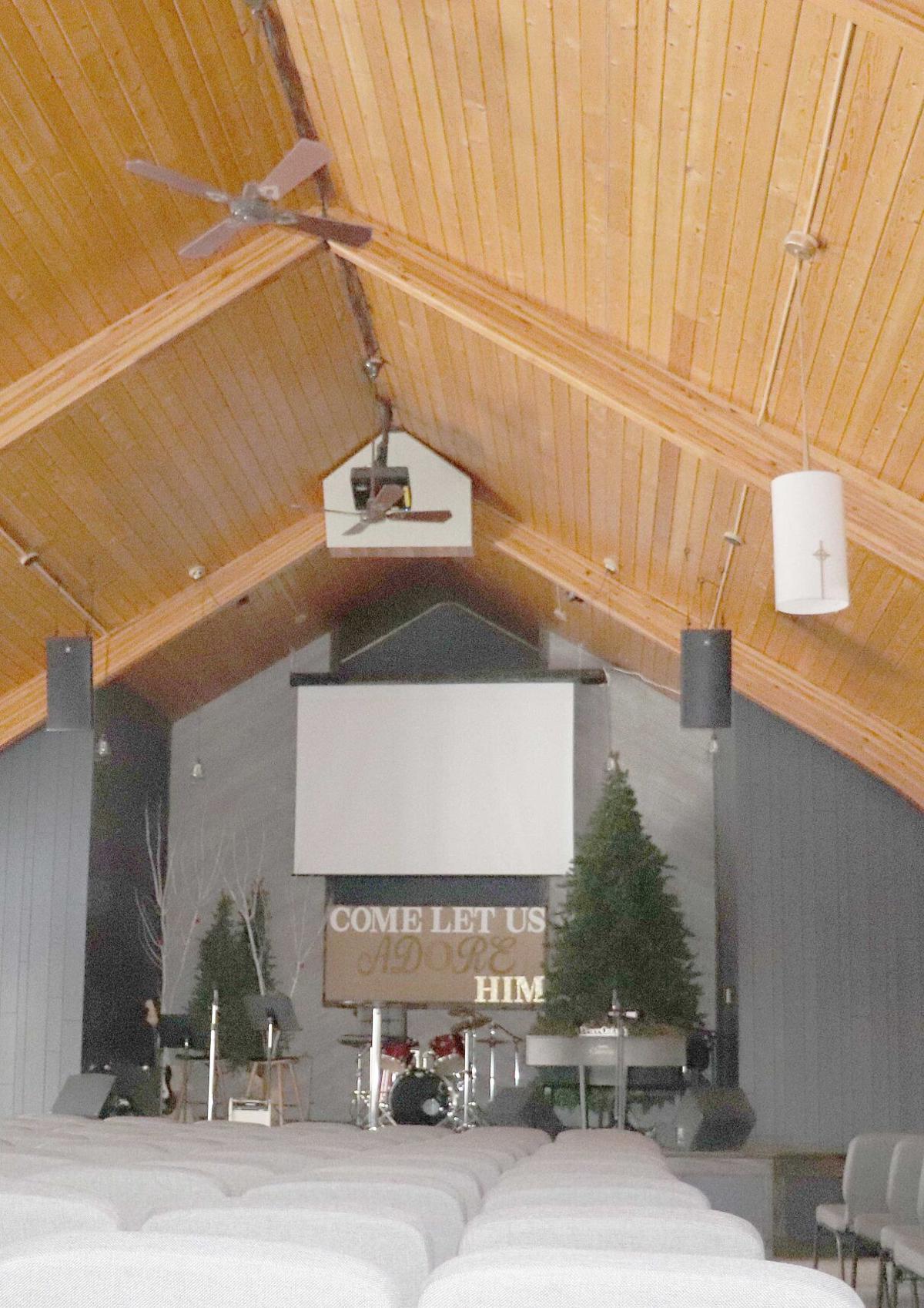 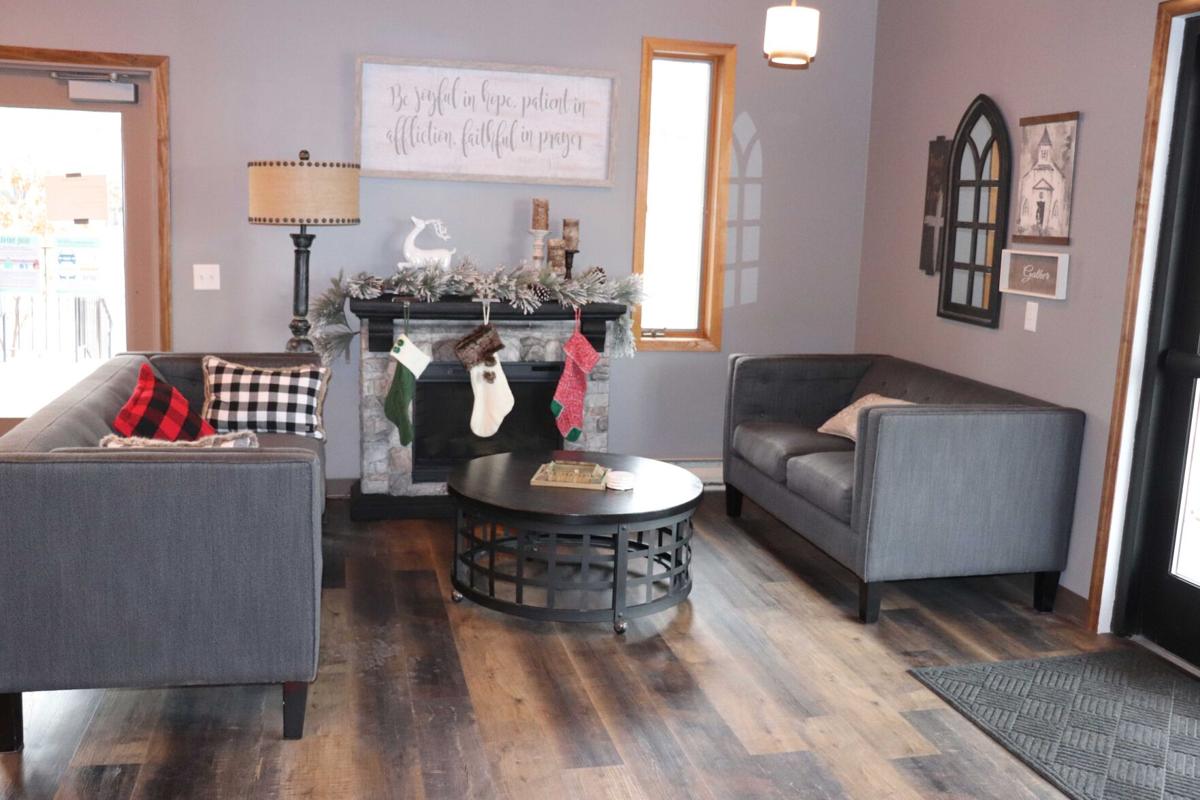 The warm and welcoming entrance to Journey Church is just one of many new areas from the church’s expansion. Church members and volunteers from Builders for Christ worked hard on the church’s addition over the summer. 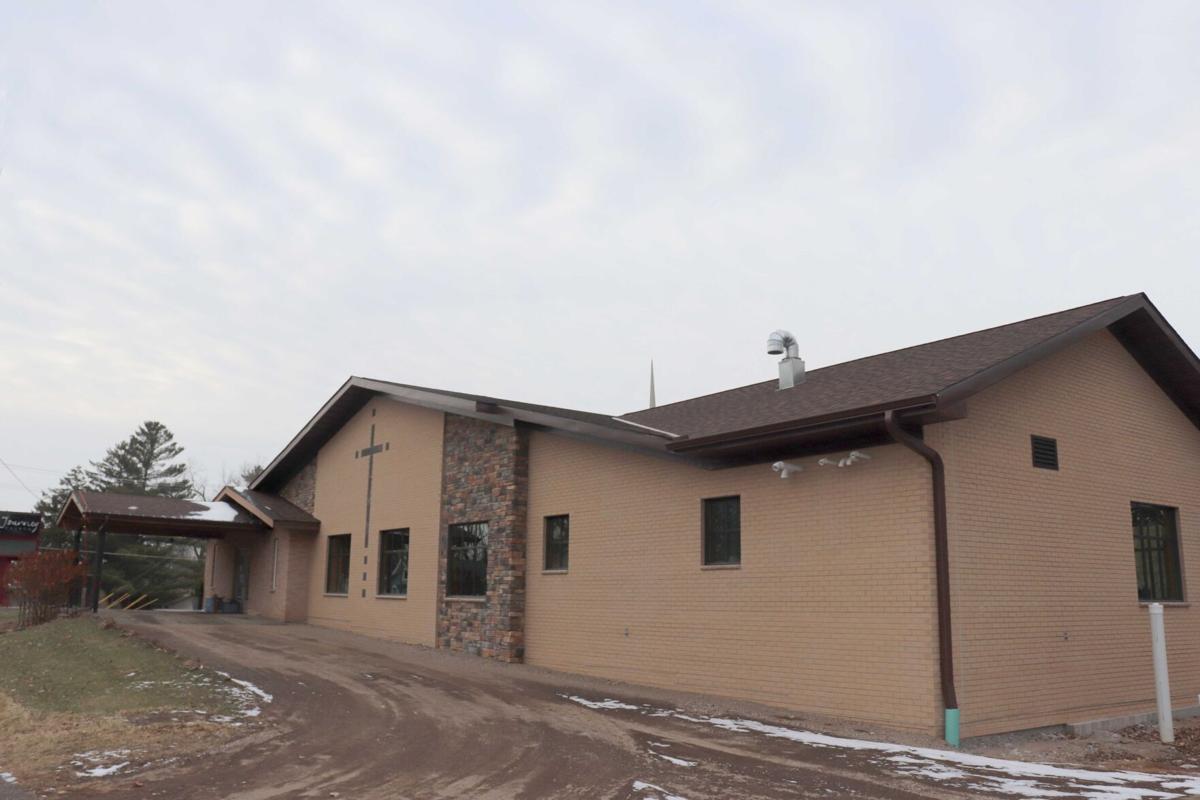 The expansion added space for the sanctuary as well as classrooms and main level restrooms.

The warm and welcoming entrance to Journey Church is just one of many new areas from the church’s expansion. Church members and volunteers from Builders for Christ worked hard on the church’s addition over the summer.

The expansion added space for the sanctuary as well as classrooms and main level restrooms.

It took many hands to construct the building and many hearts to build the church; now members of Amery’s Journey Church are enjoying their new surroundings and welcome anyone who would like to come check it out.

“We just want to be a place where people can come; they can be who they are, come as they are and develop relationships with people and ultimately a relationship with God through Jesus,” said Pastor Derrick Downs.

Everyone at Journey Church is excited about the completed project, including Pastor Downs, who celebrated his three-year anniversary at Journey January 4. “We felt the call of God to come up here. This is the farthest we have ever been away from our ‘home base’ in southern Illinois, about 45 minutes north of Paducah Kentucky,” he said. Downs chuckled when he told the story of his wife’s reaction to the move. “When she saw where Amery was on the map, she said ‘noooo way’ but you see where we are at. You see who won that one, God did,” said Downs. He said the phenomenal school system and wonderful community have made them fall in love with Amery. The couple has two daughters, 22 and 19.

When they moved to Amery three years ago, the talks of expansion for Journey Church had already started, so not only was Downs preparing to start at a new church, it would be a new church with a big project on the horizon. He said, “It made me a little anxious, but also excited to see what God was going to do with this place. I had never been through a building project like this, much less led a church through a project like this. I didn’t know what to expect but fortunately I had a great nucleus of people here to help me through everything.”

Church members Wayne and Laura Busse said people were talking about building in a different location or expanding the current building for years.

Laura said, “We had a need in a lot of areas, but especially the sanctuary as it had been getting tight.”

Downs said, “We didn’t want to expand just to have a bigger building, but so we could make more space to accommodate people to equip them to go out and do ministry.”

Two to three years ago, the dream started really becoming a reality. Their architect had formed a group called Builders for Christ, a group of missionaries from across the United States who use their vacation time in the summer to help congregations build.

They arrived in Amery the end of May 2020 and stayed until the end of August.  Some members of the group stayed at Amery’s Forrest Inn. Others stayed in New Richmond and St. Croix Falls. A few drove their RVs and stayed at North Park.

Members of the congregation pitched in too. “We had about four members that were here everyday. We had other volunteers that helped on and off during the week when they had time,” said Wayne.

“We had one guy who took his two weeks of vacation and spent it here helping. We had another guy who was basically the project manager, who worked a full-time job but would come here every morning to get everyone acclimated and return each day at the end of the day to see what was done and go over what was up for the next day. We had retired people that were here over the summer. We had a teacher that was here the whole summer; it was wonderful,” said Laura.

She said when people saw something they could help with, they stepped up, which worked out well with projects like staining the ceiling. Wherever members felt like they had a niche, they volunteered.

Teens came and cleaned, keeping areas neater and making them easier to work in.

There were women who provided food and prayed daily for safety on the work site. Amazingly there were no major injuries the whole summer.

Although Downs has really gotten to know the churches members over his time here he said he learned some things about people and the things they could do. “It was exciting to see,” he said. He said it was also good to see people learn to do things throughout the process as well.

There are just a few little projects left unfinished, but for the most part everything was completed by the beginning of Oct. “Especially with COVID, it is amazing to us that we were able to get done what we did with the help of Builders for Christ.”

Wayne said COVID actually probably helped them because there was another church in Appleton that was planning a building project this summer, but cancelled due to the pandemic. “Because of that the workers that were going to be in Appleton came here, giving us more people,” said Wayne.

“When I think back to the Builders for Christ members, I will always remember the friendships we made. It is amazing how in five days you can become so close with people,” said Laura.

She said they were very humbled by the people who came to help Journey Church, as they didn’t even know them. “Why would they come when they didn’t know us? It is obviously their love for Christ and that faith connection,” Laura said.

Wayne and Laura have helped on the projects of other congregations. They hope to help next summer on the Appleton project that cancelled in 2020.

Downs felt the Journey Church project went quite smoothly. “There are always a few hiccups, but for the type of project we had and for bringing people from all over the country to work, it went smoother than I could have imagined,” said Downs.

Some finishes such as tables and countertops built by members have really given the new space a personal touch.

Downs said, “I just can’t brag enough about the people of our church and how they came together both on the physical labor and the financial part of this project. We are not a very large church or a very wealthy church, but our people set three goals: $200,000, $300,000 and $400,000. We came right in between the three and the four by our people pledging to give over a three year span.” He said that spoke volumes about the hearts and commitment of their people. Downs said COVID has not really stopped their members from giving financially, but most important to the project is that members gave prayerfully.

Downs said he is also overwhelmed by the various ways members of the community have given their time and talent to the project.

“A big shout out goes to Chili and Xima from the Amery Family Restaurant. They gave us ice everyday. They made meals for Builders for Christ all summer all,” said Wayne.

Chili also helped the church find some drywallers when they needed them.

Laura said a pastor from another local church donated paint.

They hired local trade workers for many of the projects along the way and feel thankful for the generous, hard-working members of the Amery community.

Downs said the next step is to build a children’s expansion. He is excited to build something specifically for kids and for ministering kids. “I think it is going to be a wonderful addition. Some people say maybe it will happen in 10 years, but I am hoping for five,” he said.

The church welcomes anyone who would like to see what a Sunday at Journey is all about. Worship is at 9a.m. They are having in-person services and maintain a safe environment with masks and social distancing. Journey is located at 131 Broadway St. E. in Amery. They also live stream their services.

“We do have a nice place to bring people to and that is important to a point, but we want to make sure we are also sending those people out. When they come here it is like a gas station, you get filled up and then the rest of the week they are out there serving and loving people.”