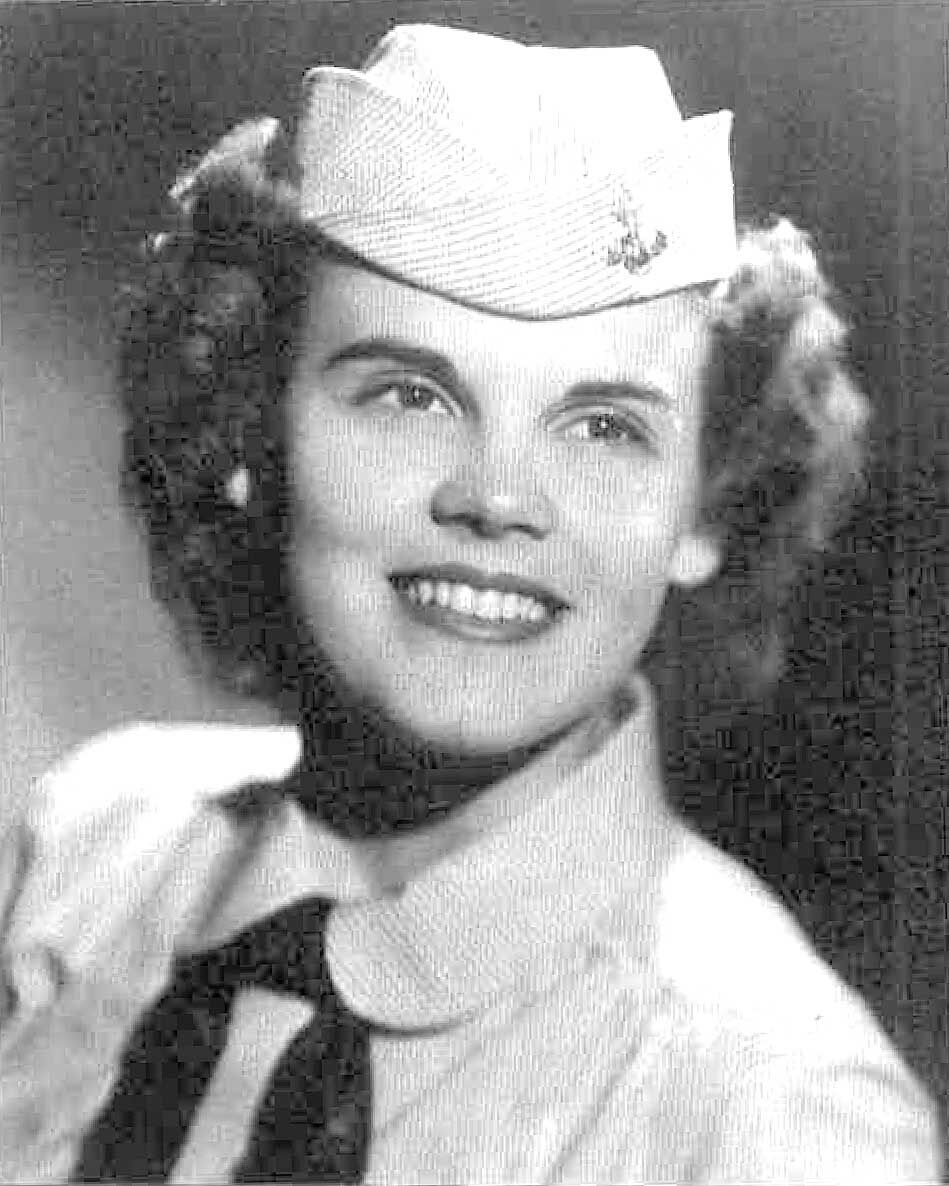 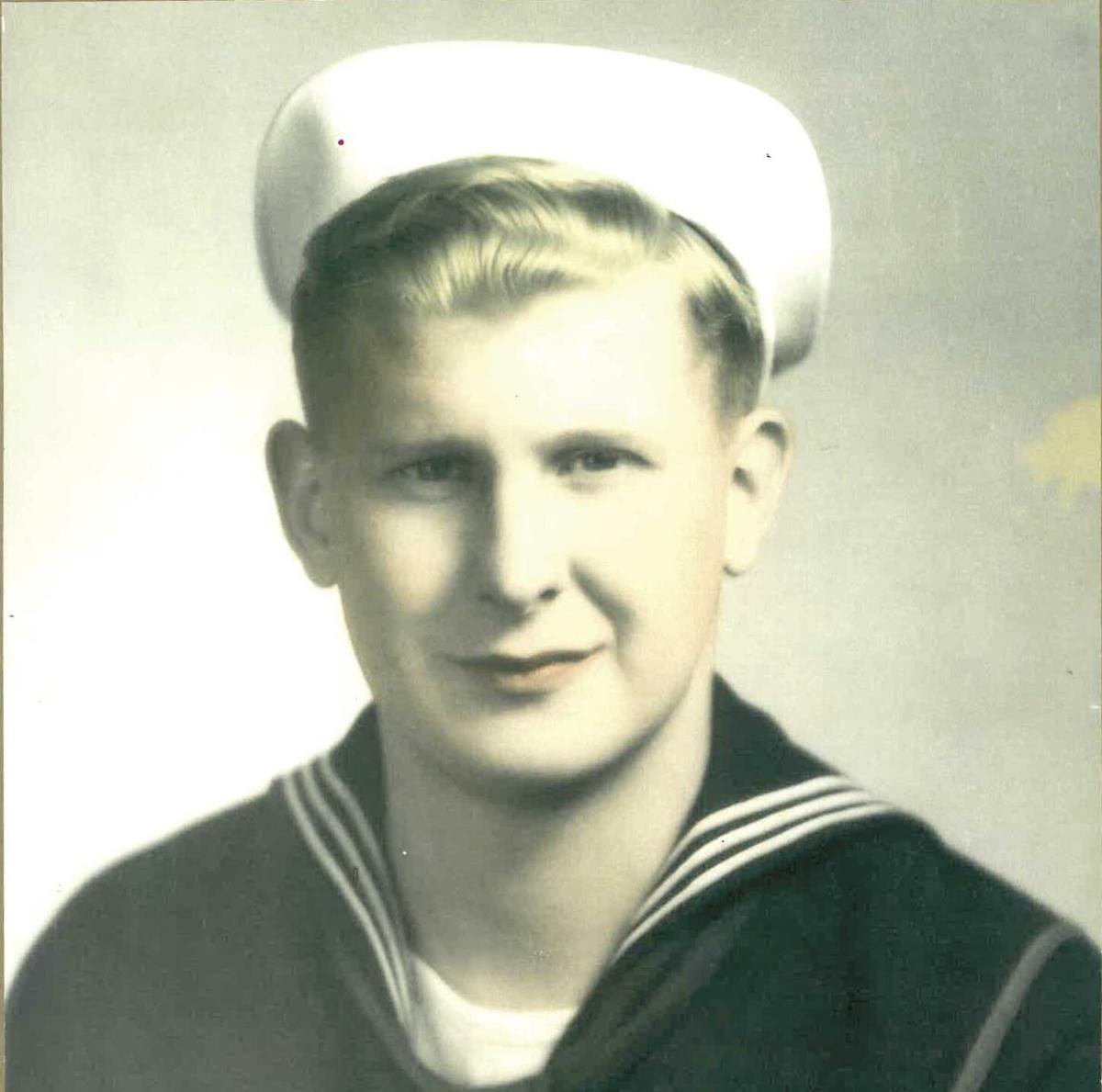 Felice Leadholm believed every young person should spend at least six months in the military after high school to teach them discipline, give them direction in life and appreciation for our nation.

Recently Jim Leadholm and his sister, Ann (Leadholm) Godlewski, talked about what life was like growing up with their proud WWII veteran parents.

Both James and Felice Leadholm were Navy veterans. Felice belonged to the female branch known as Women Accepted for Volunteer Emergency Service (WAVES).

When World War II broke out, Felice Jorstad was a sophomore at UW River Falls, dating her roommate’s brother and future husband, James Leadholm. They were both studying to be teachers, and both enlisted in the United States Navy.

James enlisted December 11, 1942. He was discharged March 7, 1946. “My Dad had a pretty good gig. He was stationed on land at a base outside of Honolulu, Hawaii, getting there after Pearl Harbor,” said Jim.

Jim and Ann remember their mother talking about her military time more often than their father. They remember Felice being very proud of her work as a WAVES nurse and the work she did stateside. She did her basic training at Hunter College in New York and medical training at the National Navy Medical Center in Bethesda, Md.

Leadholm was assigned to hospitals in New Orleans and Memphis, serving one year at each location.

The Navy discovered that Felice could type well, so her enlistment time was extended and she spent time at the Memphis Separation Center, doing administrative duties and a lot of typing at the separation center as veterans returned home and transitioned to civilian life.

After returning from WWII, it was important for both James and Felice to finish obtaining their degrees, which they did. They were married in December 1948.

Jim and Ann said their mother always talked very highly of her time in the service. As a family, they traveled to visit the places where Felice had preformed her work for the Navy.

Felice stayed in contact throughout the years with two good friends she had met during her military time. One she met while boarding the train in Minneapolis to head to the Bronx, N.Y. for her training.

Ann said their father was one of ten children. They think the six boys had all served in a branch of the military. James was Aviation Electricians Mate First Class.

Jim said, “It wasn’t that our dad didn’t want to talk about his time in the service, we have many more pictures of him during his time in the military. He was glad he served and he was proud, but that was a past part of his life.”

Jim said his dad would reminisce about his Navy days while chatting with his fellow Amery friends who had also served their time in the military. He said he remembers his father, Paul Satterlund, Erwin Danielson, Reed Larson and Floyd Christiansen swapping stories during deer hunting and fishing trips.

James and Felice loved spending time in Hawaii during the winter and during one trip they were granted permission to spend the day at the Kaneohe Bay Naval Air Station were James had spent most of his military time.

In 2012 Felice was one of several area veterans who went on the 2012 Honor Flight Northland, travelling to Washington, D.C. for a whirlwind day of sightseeing and visits to memorials built to commemorate their service. Ann set up the flight for their mother and Jim accompanied her.

It was a very special day for Felice and a memorable day for Jim to spend with his mother and the other veterans who were so proud of their nation. Getting a little choked up, Jim said, “It was truly an honor and an unbelievable experience.”