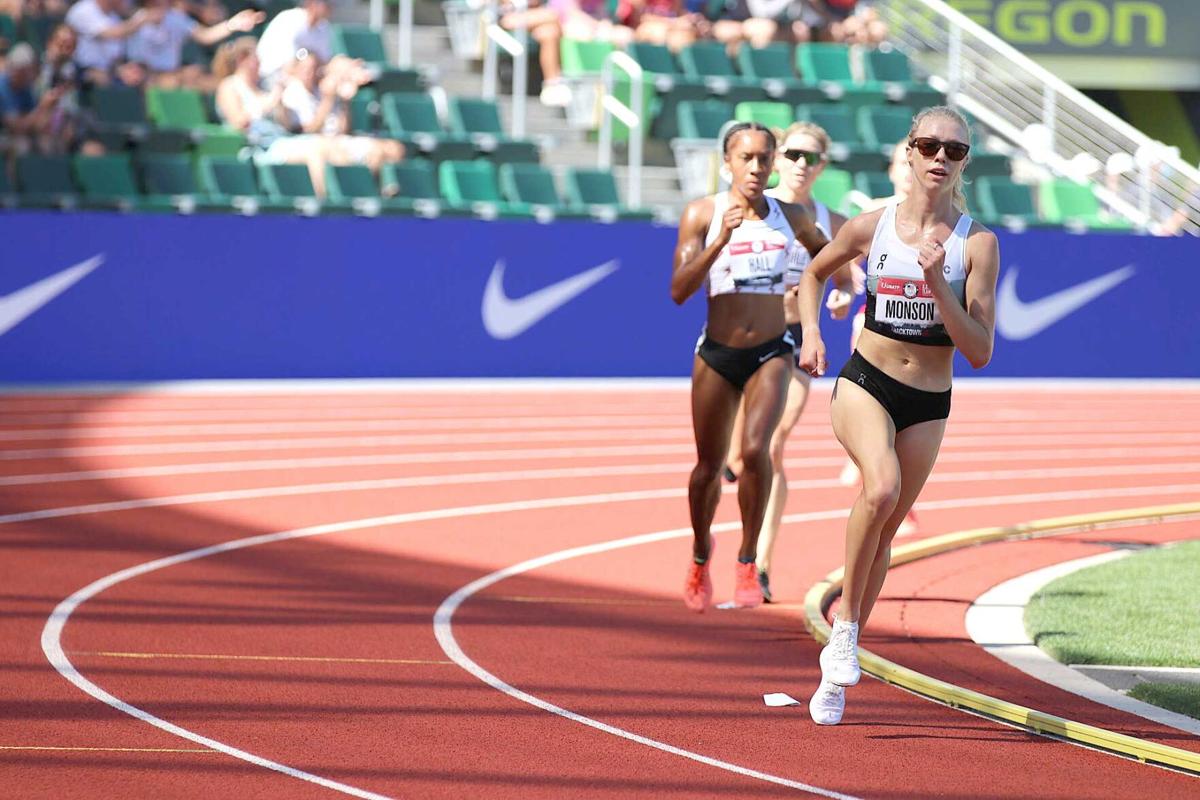 2016 Amery High School graduate Alicia Monson, daughter of Jay and Beth, will run in the Tokyo Olympics later this summer. 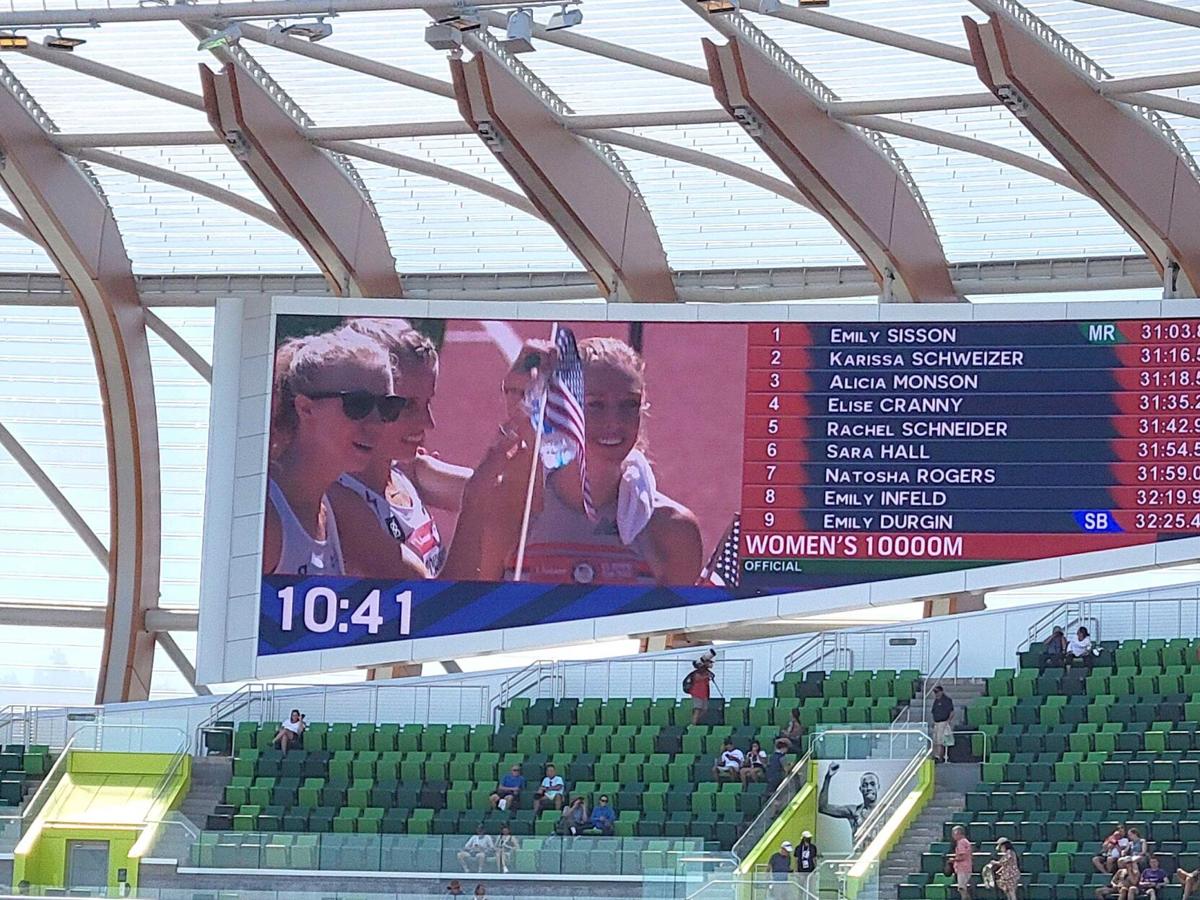 Beth captures a photo of her daughter on the screen in Eugene, Oregon.

Saturday, many Amery area residents paused their weekend routines. They temporarily turned off their lawnmowers and turned up the volume of sports stations, they marched around their campsites looking for just enough phone signal, they rushed from parades to the nearest television and they held their breath; finally letting out a roaring cheer. You could hear the screams of, “She did it!” from the entire tri-county area when Amery runner Alicia Monson chased down her dreams in 31:18.55. The 2016 Amery High School graduate is headed to the Tokyo Olympics, which run July 23 to August 8.

The former Badger runner made the Olympic team after finishing third in the 10,000 meters at the U.S. Olympic Track and Field Trials on Saturday in Eugene, Oregon.

Monson’s parents, Jay and Beth, said Monday morning their blood pressure was finally starting to come down a bit.

Alicia, 23, runs for On Athletics Club in Boulder, Colorado.

Jay explained that due to heat concerns the race was rescheduled to an earlier part of the day. The heat did take a toll on Alicia who was noticeably woozy after the race. Her coach, Dathan Ritzenhiem, a former American record holder in the 5,000 meters, said Alicia had to spend a night in the hospital after her race as a precaution.

Jay and Beth said she received fluids and is doing very well.

“When she sets her mind to something, she just has the strength to push forward to reach her goals,” Beth said.

Beth said Alicia joined Cross Country in sixth grade at Amery Middle School as it was the only school sport you could join in sixth grade and she wanted to be in sports like her older siblings. That sixth-grade decision paid off. A High School State champion runner, Alicia set UW Wisconsin school records in the 3,000 meters and was 2019 Big Ten Indoor Track Athlete of the Year among other distinctions as a track and cross-country athlete with the Badgers. She won the NCAA championship in the indoor 5,000 meters (15:31.26) in 2019 and finished fourth at the 2018 NCAA cross country meet.

Jay and Beth agree that Alicia has had wonderful coaches who have pushed her and supported her. Beth feels it was when Alicia ran for Team USA in Scotland that she really realized the Olympics could possibly be an obtainable dream.

Taking first place in Saturday’s race was Emily Sisson, who clocked 31:03.82, breaking the trials record of 31:09.65 set by Deena Kastor in 2004. Karissa Schweizer, who was three seconds behind Alicia at the bell lap, placed second.

Joining Alicia in the 2021 Summer Olympics is Rice-Lake native Kenny Bednarek, who took second in the 200 meters late Sunday. Bednarek (19.78 seconds) set a personal record in the event.

When it was suggested that maybe a big billboard should be put up for those who are entering town to see with the words, “Welcome to Amery, home of Olympian Alicia Monson” on it, Beth said there were plenty of people in Amery who had worked hard to reach their dreams of all sorts and that Alicia’s name would just be one tiny name of many who would be deserving.