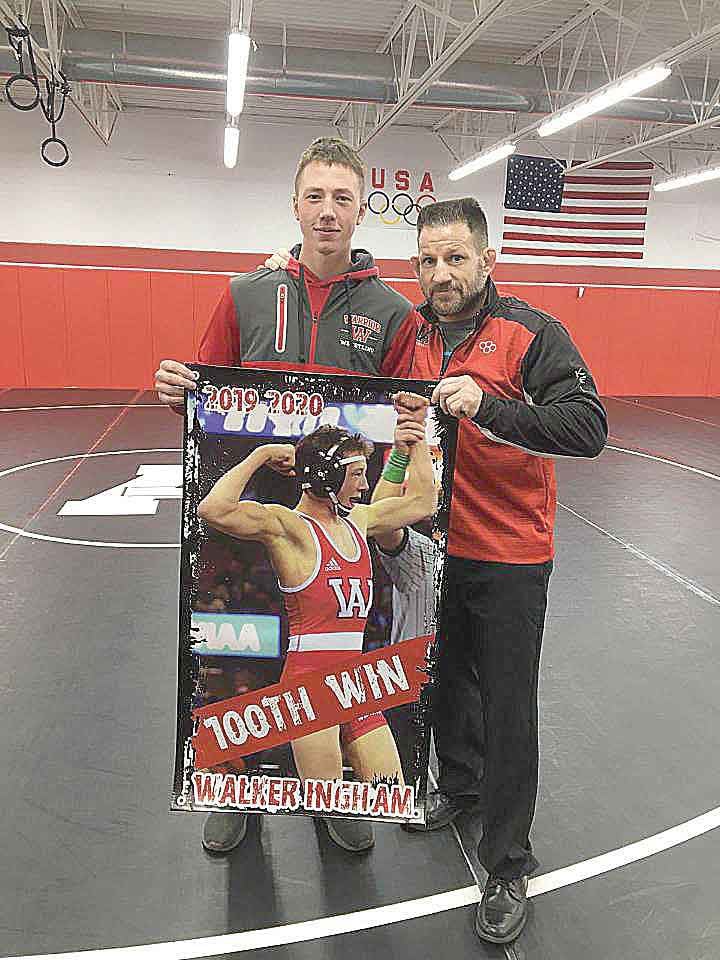 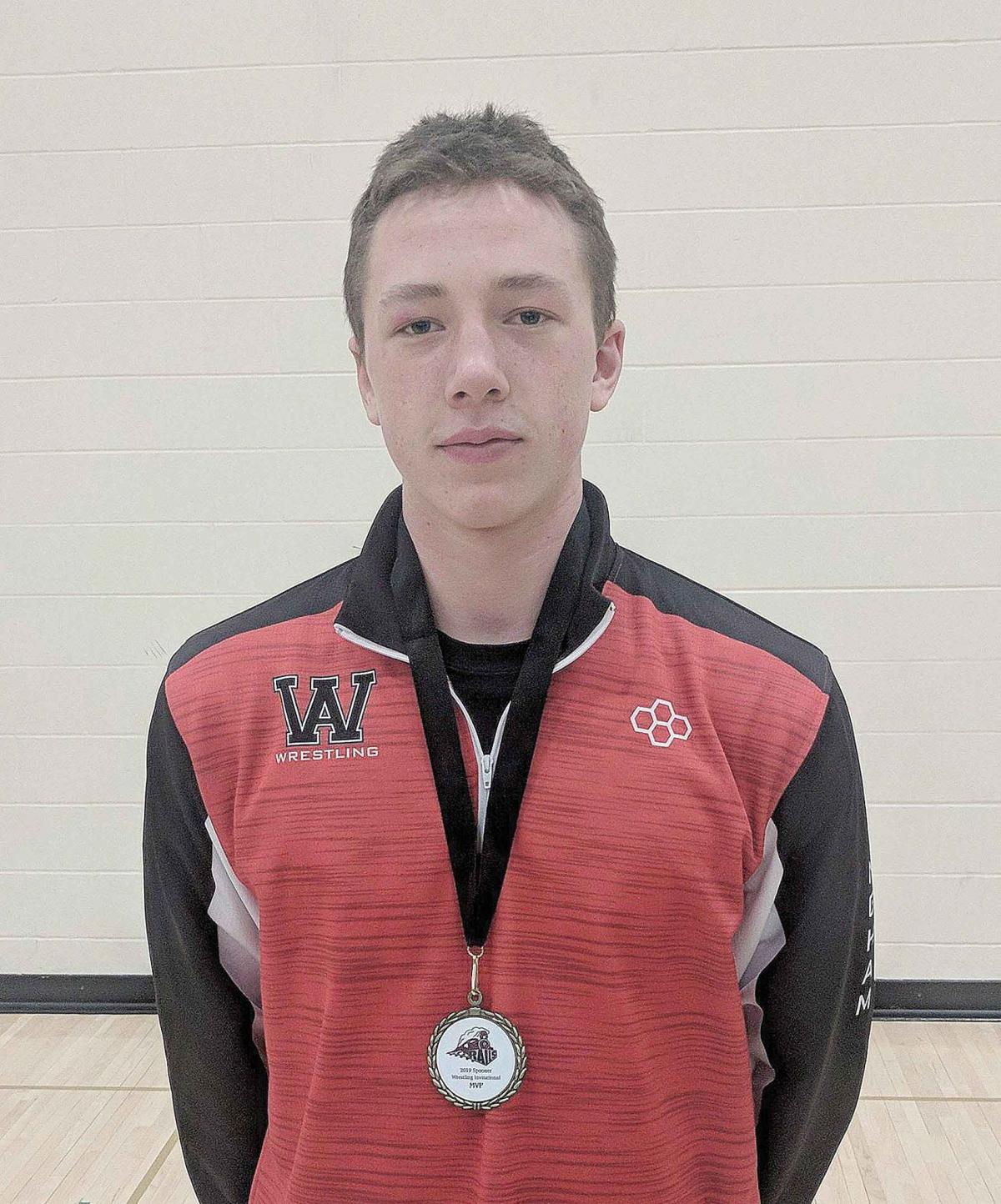 After being nominated by coaches, Walker Ingham was voted MVP wrestler of the Spooner Wrestling Invitational last December.

After being nominated by coaches, Walker Ingham was voted MVP wrestler of the Spooner Wrestling Invitational last December.

If victory is the goal, then it takes determination to get you there. An Amery High School junior, Walker Ingham, has proven he most certainly has that determination as he sped toward a wrestling accomplishment and grabbed it.

Every sport has its standard of excellence. 1,000 career points in basketball, 100 points in hockey and winning 100 matches in wrestling. Ingham wasn’t going to wait around; he sought out the 100-match club and clenched it during his eleventh-grade year. His 100th high school career win took place at the New Richmond Invite January 11. It is a benchmark of success, hard work and commitment. You might be wondering what is the next goal on Ingham’s radar? “State,” he said without hesitation.

Ingham would have to think back pretty far to try to remember a time when wrestling wasn’t a part of his life as he said it was probably around pre-school when he started. “I like to see the work I put into something pay off. It’s probably what I enjoy most about wrestling,” he said. His routine for success consists of running a few laps around the gym and stretching out. He gets focused and prepares to leave it all on the mat.

Ingham said, “My freshman year I had an overtime win against Ellsworth at a home match, that was a big one, it felt pretty good.” He explained it is common to wrestle the same people throughout your career, as they tend to be in the same weight classes. He said there are always certain people that you get just a little more satisfaction from winning against. “Team wise, I think Ellsworth is for sure Amery’s biggest competition,” said Ingham. He doesn’t think it is necessarily a rivalry, but he said, “They are the ones to beat. They are the best. If we want to be the best, we have to beat them.”

Now that he earned his 100th win midway through his junior year, he is plain and simply focused on State. “My number one goal is to be State Champion,” he said. He earned his way to the state competition his freshman year, but did not place. He took third last year during his sophomore visit to state, and now he is hungrier than ever for that number one title.

Looking ahead to next to next year, he said his goal would remain the same, “State Champion. That is my main goal,” he said. It is a little early, so he shared that he does not know yet what his plans are after completing high school, but he thinks maybe it will include wrestling.

He trains for wrestling year round with his coach, Mike Kelly. He has wrestled in other states such as Illinois and Iowa. When asked if he could ever see himself in a coaching position someday he said, “Yes, I could see that someday. It’s a possibility.”

He feels his biggest supporters are his coaches and his parents, Mike and Kelli. “We work with our coaches everyday. We grow as a team because of them,” said Ingham. Ingham’s father was a Warrior wrestler in the early 1990s. When talking about his dad’s role as being one of his coaches he said, “I guess sometimes it can be a little hard, but it has also been a lot of fun.” He his thankful to his parents for bringing him to practices and tournaments and knows it can be a lot of work as his two younger brothers wrestle as well. “My brothers are for sure supportive of me and I am of them,” he said. He is also appreciative that his grandparents attend all of his matches. He said wrestling is a family thing.

When he isn’t giving it his all on the mat, he likes hanging out with his friends. He said science is his favorite subject at Amery High School. He loves the outdoors and really enjoys hunting and fishing.

Continue to follow Ingham and fellow Warriors as they work their way toward the 77th Annual WIAA State Wrestling Championship Tournament February 27-29, 2020 at the Kohl Center in Madison.