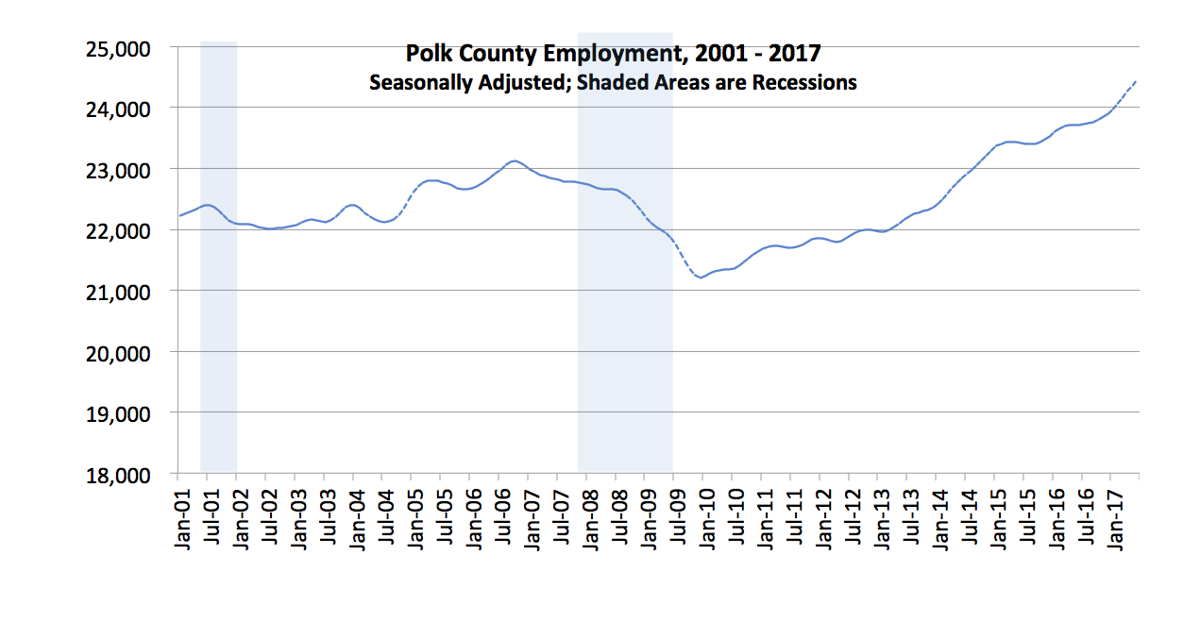 Employment in Polk County has increased beyond pre-recession levels. 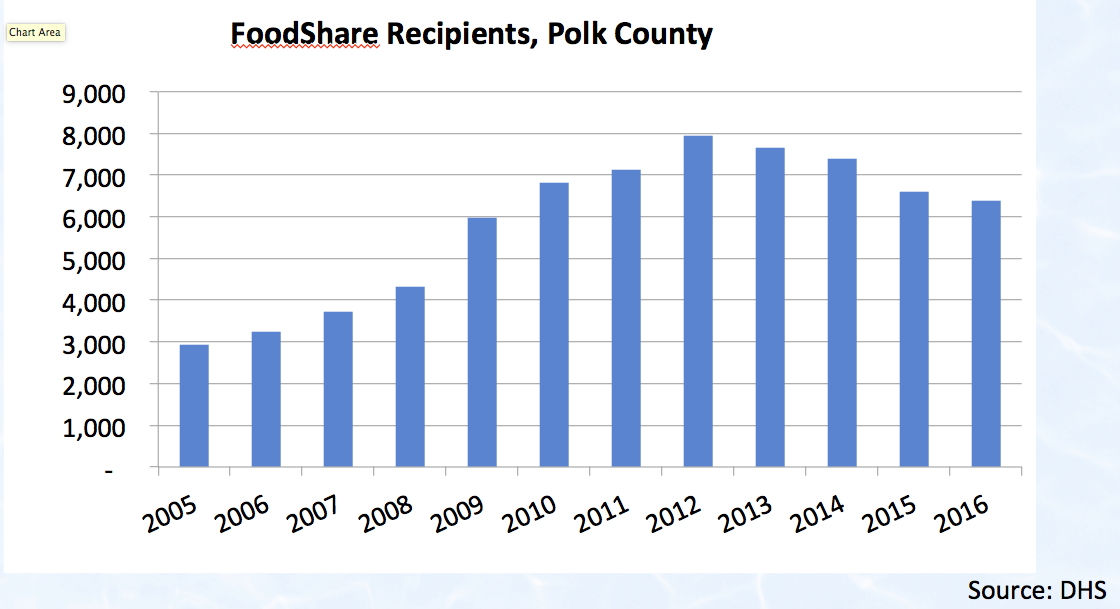 County Administrator Dana Frey cited the number of FoodShare recipients in Polk County as evidence that poverty has not returned to pre-recession levels. 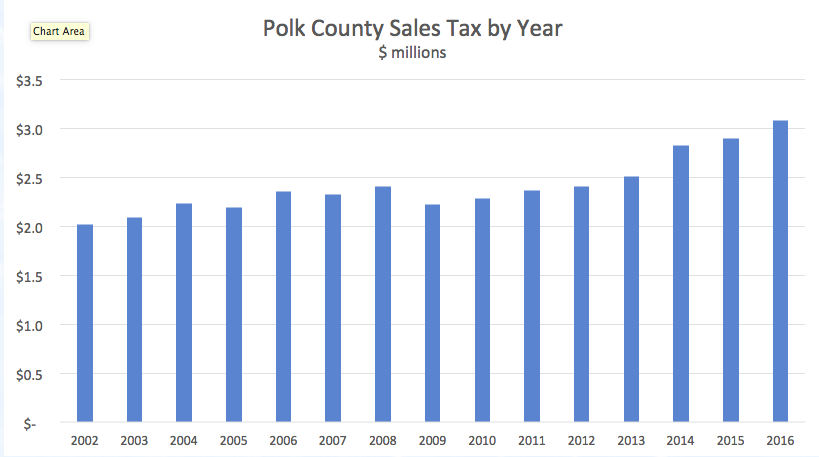 Employment is up and economic growth is strong in Polk County. But many residents are still struggling, according to a recent report from the county’s administrator, Dana Frey.

Still, noted Frey, many of the county’s residents are not seeing the benefits of that recovery.

“You can still see problems,” he said.

Frey cited the number of FoodShare recipients as one measure. In 2005 the county about 3,000 people receiving aid through the statewide program. As effects of the recession transpired, the number of recipients peaked in 2012 near 8,000. Although that number has fallen, at 6,500 it’s more than double the pre-recession figure.

“There’s still a lot of poverty despite the growing economy,” said Frey.

It could be part of a larger trend. A recent report from the Wisconsin Budget Project, a nonpartisan tax analysis organization, showed that economic inequality is growing in Wisconsin and across the country.

The state’s highest earners have benefitted more from post-recession gains than other workers. Between 2009 and 2014, the average income of the top 1 percent increased by 17.5 percent. Incomes of the remaining 99 percent increased by about half of that, an average of 9.2 percent.

Also in line with nationwide trends, the types of jobs available in Polk County have changed in the last decade.

“We have fewer manufacturing jobs than we did going in to the recession,”

Frey said. “We have more service jobs. Health care has grown a lot as a part of our economy.”

And the kinds of work people do will likely continue to change. Frey noted that as the county’s population ages, the need for care and other services will increase.

Another sign of economic recovery, home values in Polk County have almost returned to pre-recession levels. But equalized values — the estimated value of all taxable property combined — have been slow to recover, according to Frey.

“We had the second largest percentage drop in equalized value in the State of Wisconsin,” he said. “We’re still very slow in coming back.”

Four to five billion in value “vanished in a very short period of time,” he added.

The administrator was optimistic about sales taxes revenue in the county.

The revenue source fell after the recession, but has surpassed pre-recession levels and continues to grow.

For now, according to Frey, county finances are in good shape, with balanced budgets and debt in check. But the administrator seemed to be preparing county board members for an eventual increase to the levy, noting that revenues have been flat since 2010 and that inflation would eventually impede the county’s ability to maintain current services.

“Zero revenue growth can’t go on forever,” said Frey. “We can’t continue to do everything we’re doing if there’s never any increase in revenue.”