You are the owner of this article.
Edit Article Add New Article
Home
News
Sports
Opinion
Out & About
Obituaries
Classifieds
E-Edition
Local Guide
Public Notices
Share This
1 of 5 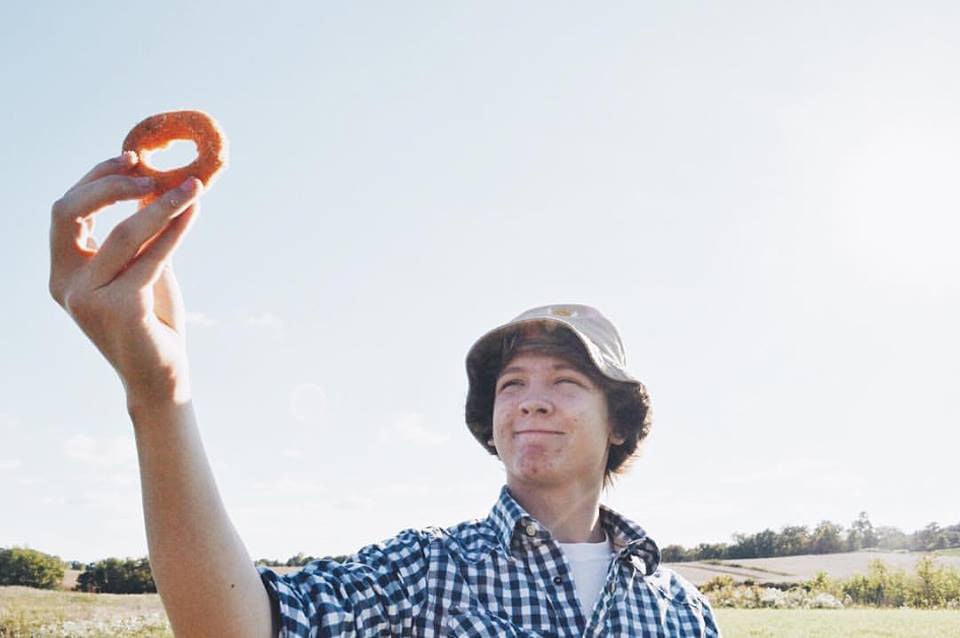 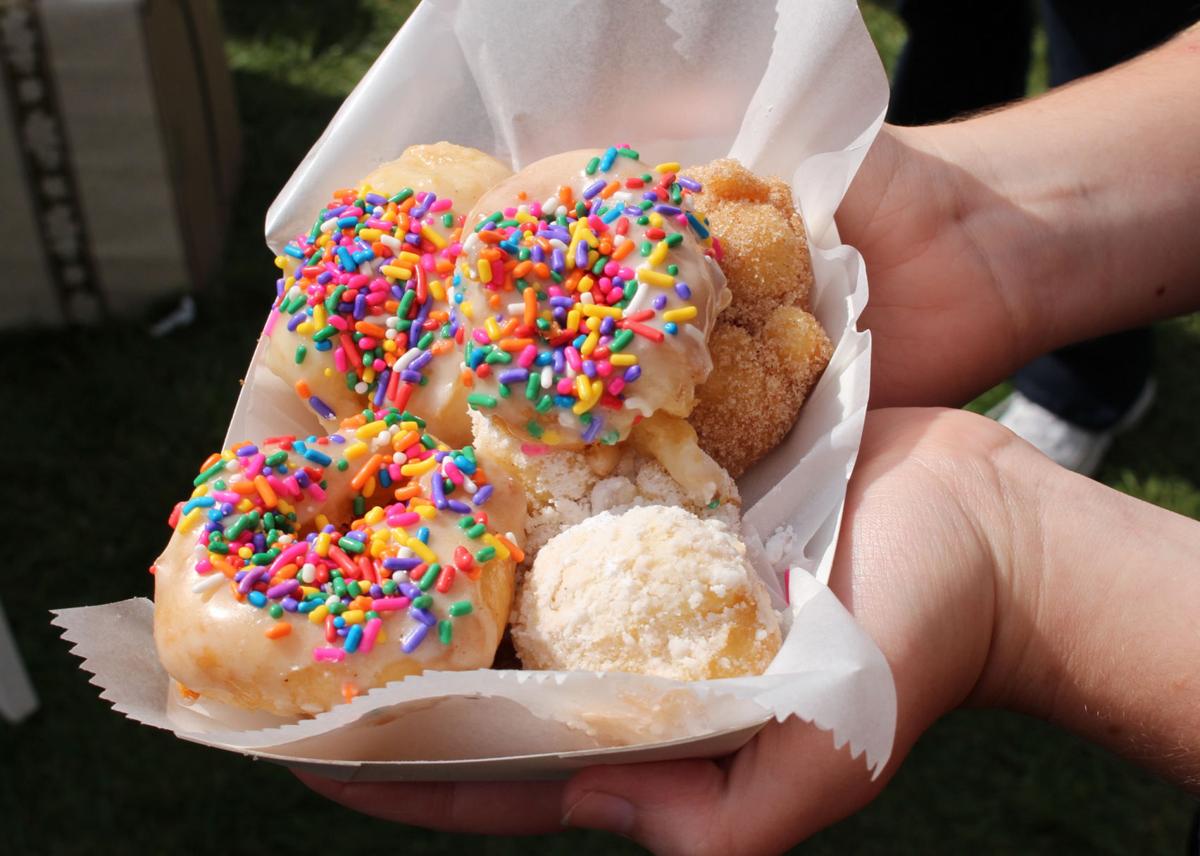 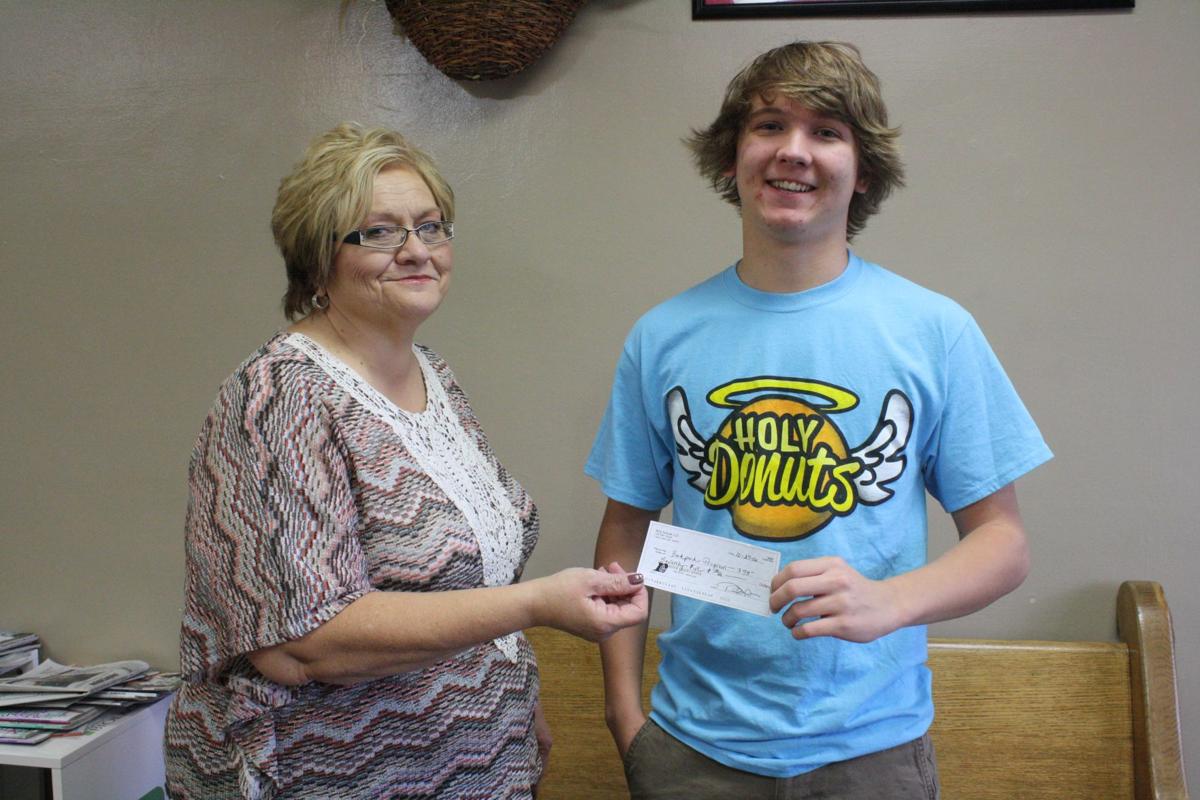 Marko presents a check for $70, a portion of his proceeds, to help support the local Backpack Program. 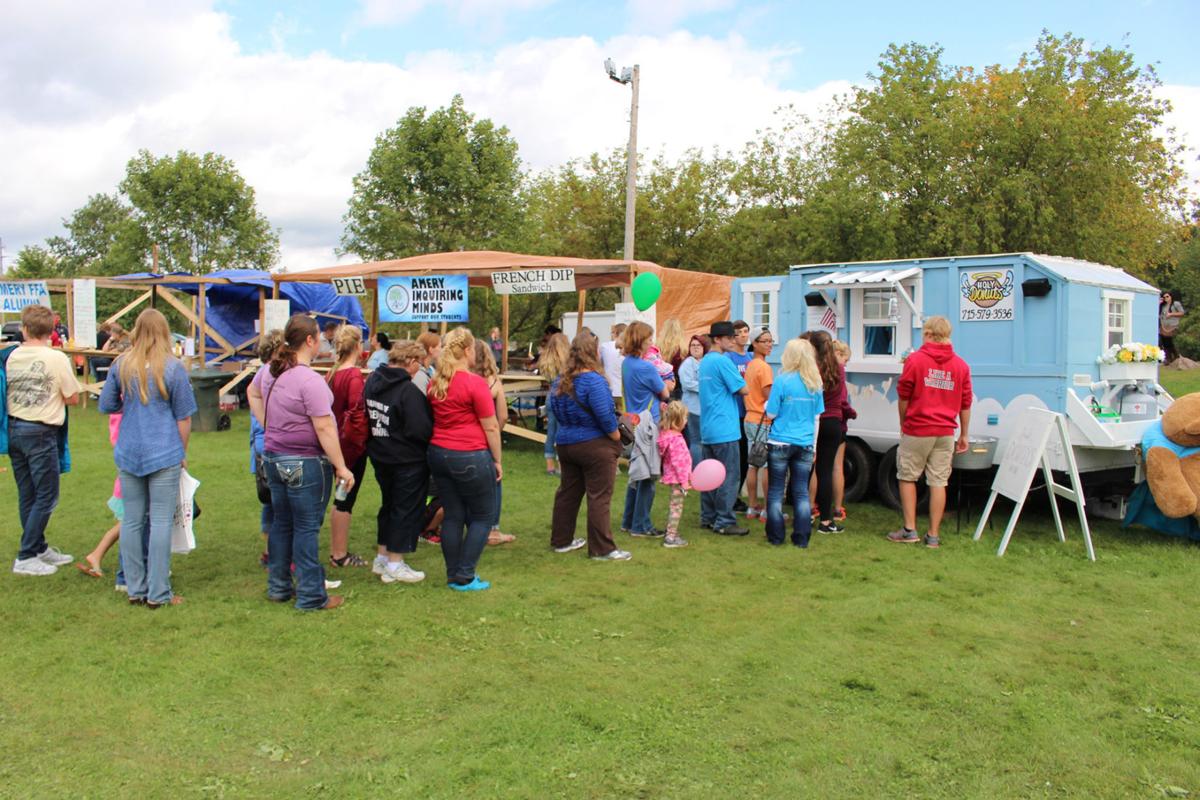 Crowds lined up at Amery’s Fall Festival to try a few ‘Holy Donuts’ sold out of Marko’s custom-built donut stand. 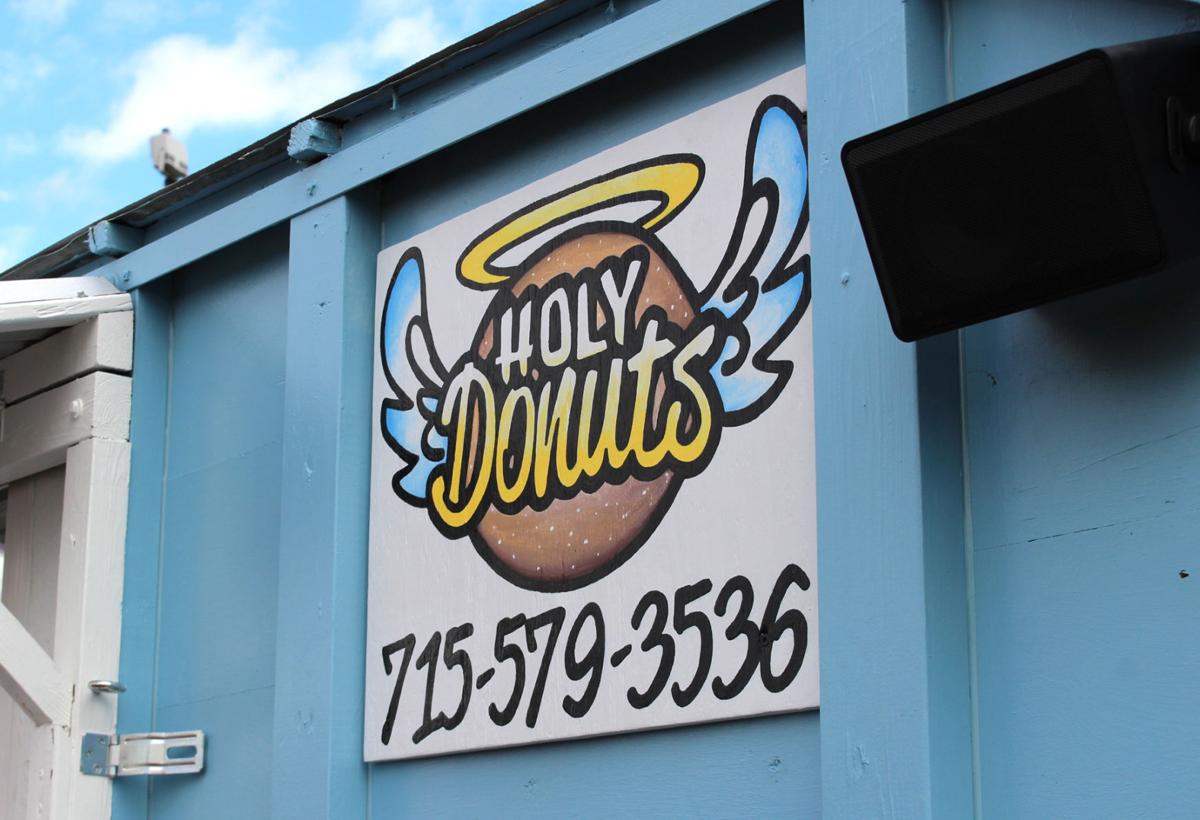 Amery Junior Myron Marko says he’s always loved doughnuts. He remembers when he was younger, stopping by the bakery for a few before school.

And who wouldn’t love them?

They’re round, and shaped like zeroes, and taste…like heaven.

From the moment his family discovered an old donut maker in the basement at his parents’ rental property, Amery junior Myron Marko has been seeing doughnuts, both literally, and at the bank.

The machine belonged to an elderly woman who had lived there. A recipe had even been written down and left with it.

“The first ones weren’t very good, but slowly we figured it out,” he says.

“I switched some things around to make them taste better, but mostly it’s that same recipe.”

An idea for turning the new machine and recipe into a business bloomed, and his dad’s help with a newly acquired trailer wasn’t far behind.

“My dad works at a lumber yard, my Grandpa’s in construction and my Uncle is an electrician,” says Marko. So with their help, and input from his Grandmother who knew a little bit about making the trailer pass inspection for selling food, a concession trailer was built.

But what would they call it? Marko’s sister, going to school for marketing, helped out with the branding and logo, bringing ‘Holy Donuts’ to life.

“We just thought it was a cool name with the holes in doughnuts,” says Marko. “Once we had the idea of what the trailer could look like we stuck with the name.”

The trailer, painted sky blue with clouds, carried the theme to a whole new level, complete with golden halo and all.

Marko began selling to a group of college workers at Camp Wapo over the summer. But his big launch was during Fall Festival 2016.

Marko committed to donating a portion of his proceeds at the event to the local Backpack Program, and he had plenty of friends lend a hand in the mission, both in front of the counter and behind it. This year’s festival, as expected, was a huge success.

“I feel like it went really well. The main thing was making the donuts quicker,” he says. “It was really just the fryer. We could only fit so many it. I have to get a bigger one and we’ll be able to feed a lot more people.”

Marko ended up selling out, and had to turn a few people away.

But don’t worry. You haven’t seen the last of Holy Donuts. He hopes to be at some events throughout the winter, maybe even out on the lake for ice fishing. If you really can’t wait for these heavenly bits of goodness, find their Facebook page. He’s taking orders.

Last week, Marko donated over $70 to the local Backpack Program, and he’s already thinking about how to make Holy Donuts bigger and better.

“I don’t know about baking and cakes and that kind of stuff. Owning a business has always been something that interests me. Maybe make another trailer or two and try and sell at other events,” he says. But he’s still young, and does have school to think about yet. That could be quite a while from now.

But that doesn’t stop him from dreaming.

“The bakery is empty. That would be pretty cool to turn that into what it was, but we’ll see.”