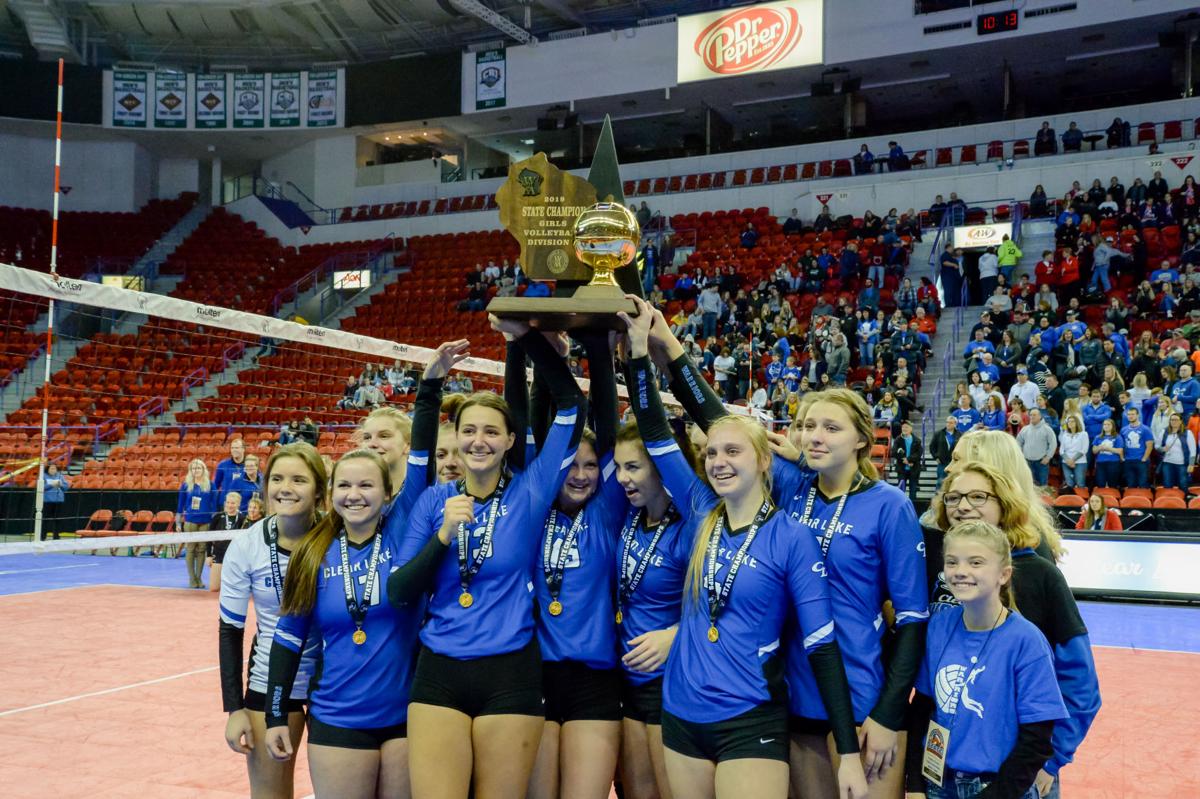 The Clear Lake Volleyball team made school history Saturday when they captured the State Championship for the first time ever . 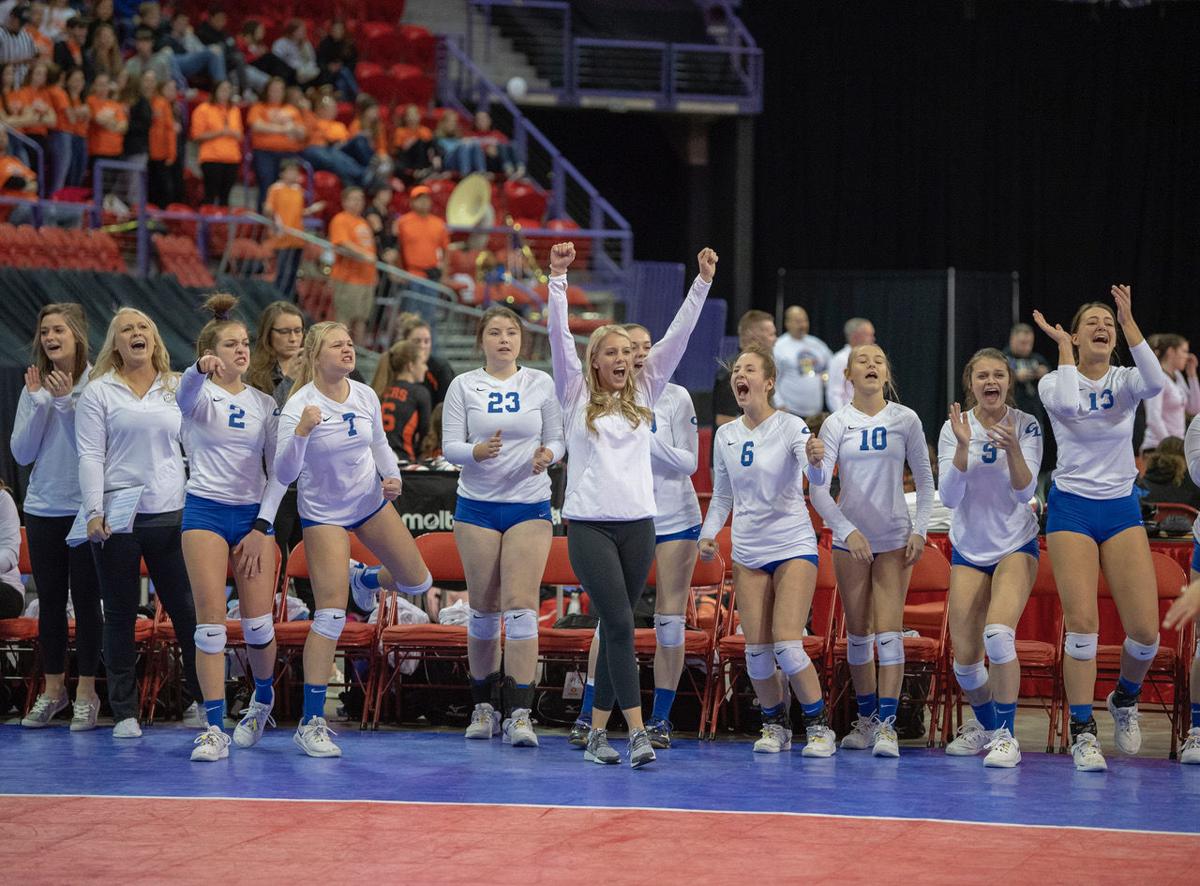 Coaches and teammates cheer on players from the sidelines during their second State game. 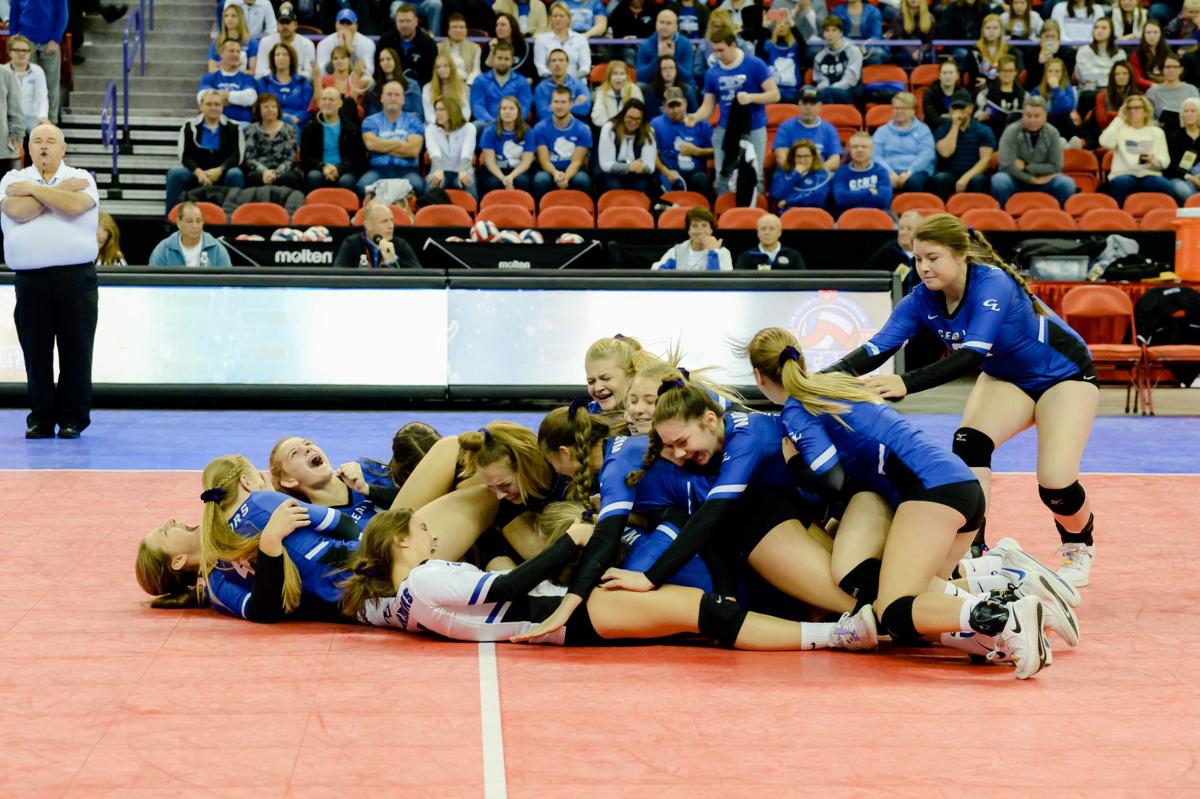 It was a outpouring of excitement and emotions for the girls after capturing the State Championship game in three matches. 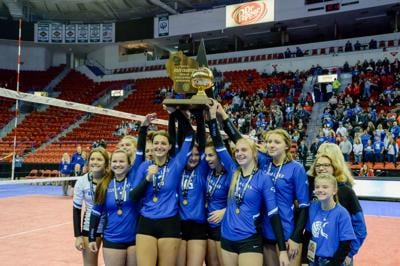 The Clear Lake Volleyball team made school history Saturday when they captured the State Championship for the first time ever .

Coaches and teammates cheer on players from the sidelines during their second State game.

It was a outpouring of excitement and emotions for the girls after capturing the State Championship game in three matches.

Undefeated season, check. Taking your team to the State Tournament for the first time ever, check. Sweeping State in six matches, check. The 2019 Clear Lake volleyball Warriors accomplished this history-making feat with a lot of sweat and  even more heart.

Before this year, Clear Lake volleyball had never made it past the Sectional point. Saturday, November 9, they returned back to town as State champions after defeating Newman Catholic and taking defending state champion Catholic Central.

Entering the WIAA state volleyball tournament as the only undefeated team in any division, Clear Lake demonstrated exactly why it is the best team in the state on Nov. 9 in Green Bay as it won the WIAA Division 4 State Volleyball Championship with a 25-15, 25-17, 25-16 sweep of third-ranked defending state champion Catholic Central. The Warriors finished the season with a perfect 38-0 record and made good on the school's first ever state tournament appearance by bringing home the gold ball.

It was a total team effort as the Warriors compiled 36 kills while allowing just 24 kills by the Hilltoppers - who were looking for their seventh state title in eight state tournament appearances. They also added in nine service aces, two solo blocks, six block assists and 48 digs, dominating the Hilltoppers in every statistical category.

Guiding the Warriors at the net were Maggie Rosen and Julianna Rosen, who posted 13 and 10 kills, respectively. Madison Zimmer dished out 30 assists and three service aces. Rayne Vangsness made the Toppers think twice at the net as she collected two block assists and a solo block.

Clear Lake's volleyball team made it just another day at the office on Nov. 8 in Green Bay as it swept Newman Catholic, 25-21, 25-20, 25-8 in its first-ever WIAA Division 4 State Semifinals. The undefeated Warriors were anything but intimidated by the fact the Newman Catholic had a storied history at the state volleyball tournament, where it has made 12 appearances and and claimed four consecutive state titles amid it's current streak of nine straight state qualifying seasons.

Maggie Rosen racked up 14 kills, a solo block and two block assists to guide her team at the net. Julianna Rosen added 10 kills and 8 digs.

While the Rosens were pounding away above the net, Madison Zimmer was feeding them the ball and compiled 32 assists in the process. Zimmer also led the team in service aces, with four, and tacked on 11 digs.