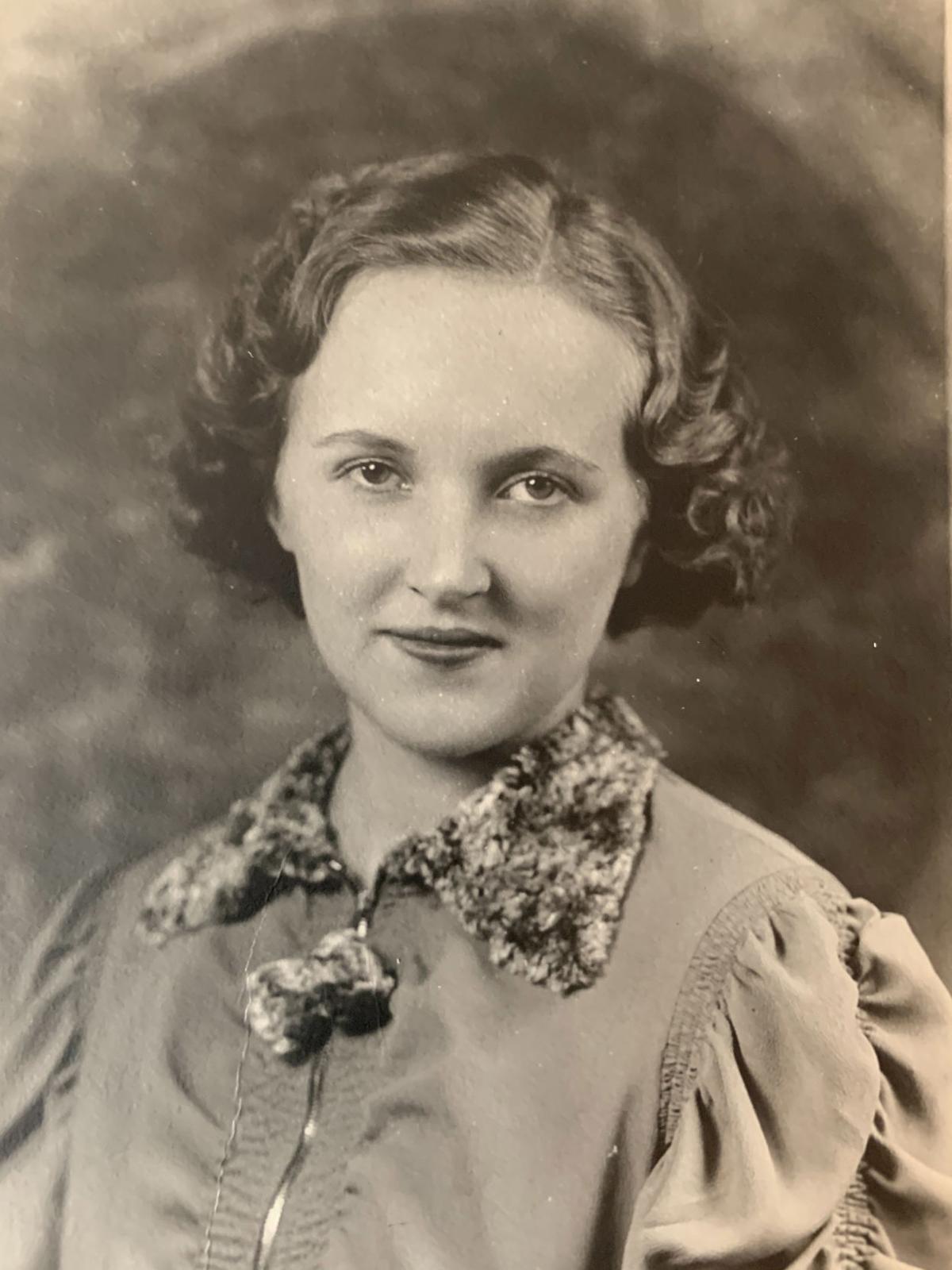 100 years is something to be proud of and a privilege not many live to see. Amery resident Myrna Brown turns the big 1-0-0, May 19.

She was born Myrna Eula Peper to Albert and Ester Peper (Getschel) in a farmhouse in Farmington Township. She grew up in the Farmington/Osceola area with her parents and sister, attending a one-room school with one teacher for all grades. Brown said “ I walked 1 ¼ miles each day to and from school. I had to walk a mile to the county road to get to the bus. The only time I didn’t have to walk home from school is when it was snowing and I would hear sleigh bells ringing, this was my dad on the horse to pick me up and was music to my ears.” She also said roads were not plowed during this time.

Growing up she enjoyed music, playing clarinet in band and dancing.

After graduating school, she helped in homes with various types of housework. On a blind date, she met Ken Kjeseth and married him in 1938 at East Farmington’s Zion Lutheran Church. To this union six children were born, Wayne, Margie, Donna, Larry (Hoot), Linda and Diane.

Brown said that life from the 1920s though the 1940s were pretty plain. “We had no electricity or running water, but I remember our neighbor had the first radio and my family would go over to look at it.” The 1930s were Browns favorite decade. She said she was in high school and had no worries and she even won a State high school duet singing competition. By the 1950s, Brown said things were brightening up. She and Ken purchased their first television.

In 1965, Ken passed away. She met Clyde Brown at a dance at the Red Rooster and they married in 1968. This added six step children to her large family: Jim, Marty, Teressa, Joe, Tina and Ray.

Some of the best days of Brown’s life were the birth of her children and her marriages.

From the 1970s to 2000s Myrna was big into quilting, and enjoyed the fellowship of the church. She really enjoyed making quilts for Third World countries and helping out.

There were rough times though. A memory that stands out to Brown was when her bank account was frozen during the Great Depression. She was devastated at the passing of her husbands and when she lost a grandchild. Brown said when her youngest son, Larry (Hoot) was drafted for Vietnam, it was one of the scariest times of her life. She said he was gone for two years with minimum contact-only letters to keep in touch.

Brown said she isn’t scared about COVID-19 as she has seen similar things happen throughout her life. “You just make it through,” she said. Brown does think life has been more boring because of the lack of interaction during this time. Her mind is always on her daughter Diane who is suffering from cancer and the rest of her children and family.

Brown loves being around her family and her children say she is a wonderful mother. She has cherished days and time spent with her family. She has 13 grandchildren and 23 great-grandchildren. She never dreamed she would live to be 100, but said it has been fun to see all of the grandkids and great-grandkids throughout the years. When asked what she will wish when she blows out her birthday candles this year, spoken like a true mother and grandmother, she said, “For all of my family to be happy and healthy.”