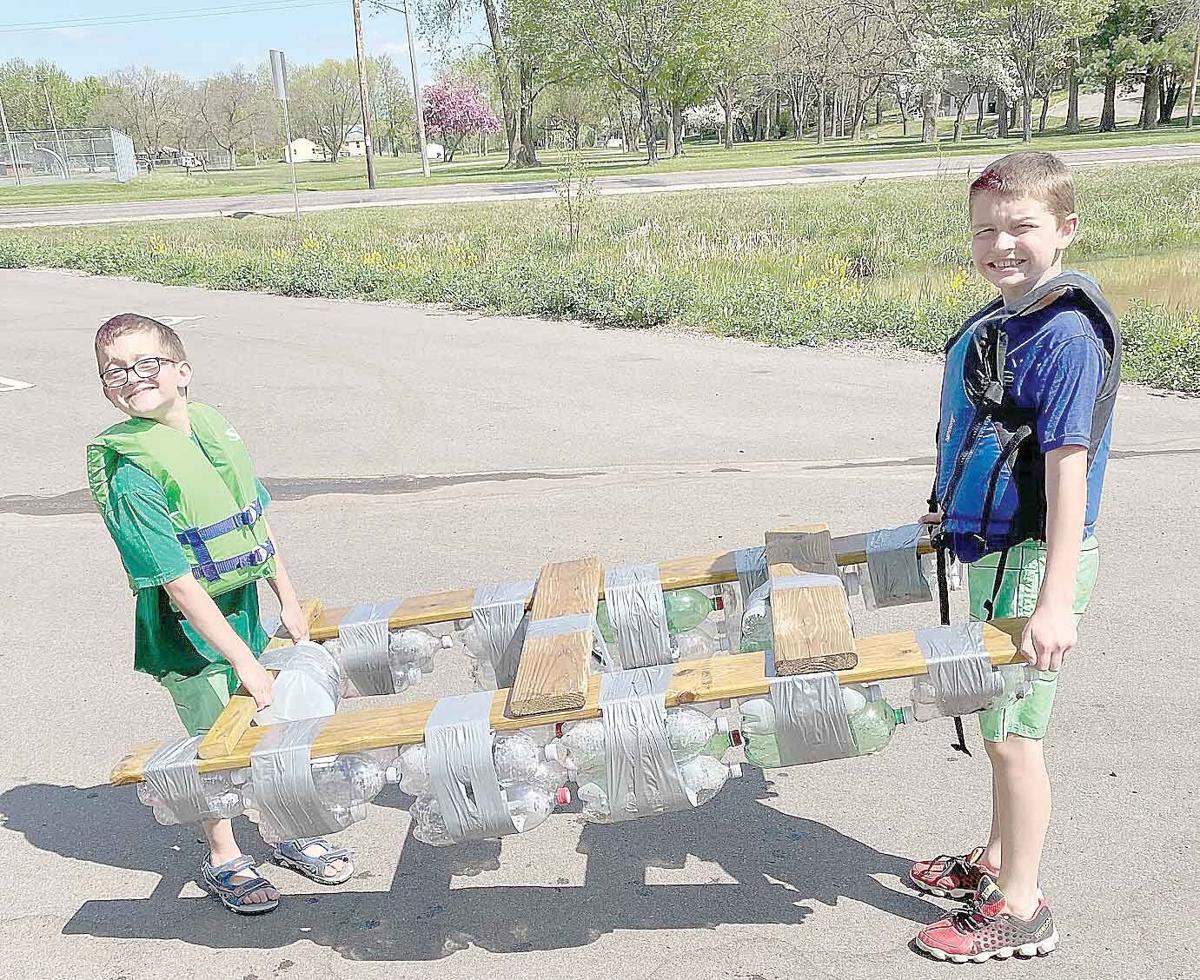 Tannor Deleon (left) and brother Tristan Deleon (right) are shown with a boat they engineered out of recycled bottles. They sailed their vessel on Amery’s North Twin Lake and hope to construct another. 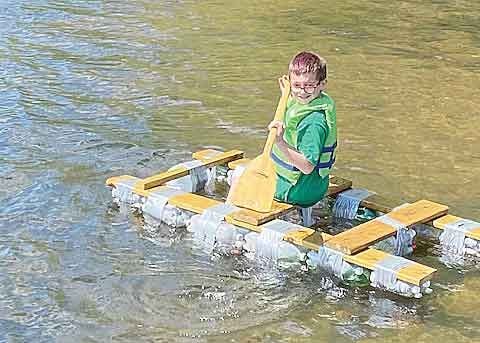 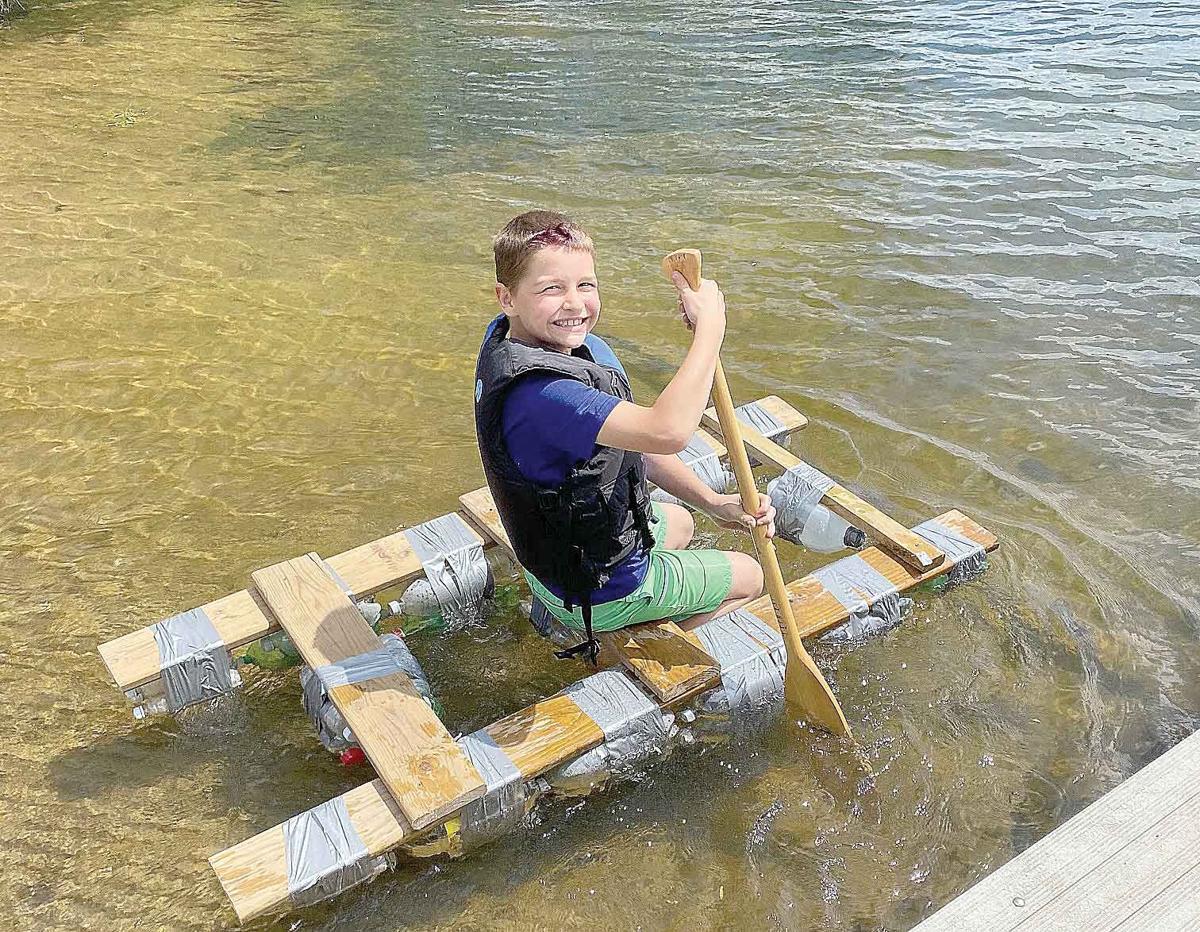 Tannor Deleon (left) and brother Tristan Deleon (right) are shown with a boat they engineered out of recycled bottles. They sailed their vessel on Amery’s North Twin Lake and hope to construct another.

On top of tackling their regular schoolwork while working from home, Amery brothers, Tristan and Tannor Deleon, decided to add in an engineering class. The two wondered if it would be possible to build a boat made from recycled pop bottles. Tristan and Tannor, sons of Chris and Hailey Deleon, spent months saving bottles, they were able to put their engineering skills to the test by building a pontoon style boat out of recycled bottles.

The pair said they came up with the idea when Tannor made a seed planting rocket launcher using a two-liter bottle. Together, they wondered what else they could use recycled bottles for?  Remembering they had seen pictures of literally tons of plastic floating in the ocean, they thought, “ Why not see if we could build a boat!”

“We started saving bottles in February. My dad was going to come to my class to teach us how to build seed launching rockets. He is an engineering teacher at Hudson Middle School. But then this whole pandemic happened and so we had a bunch of bottles already saved,” said Tannor. Tristan said, “The majority of the bottles were from our house but a few came from other family members.”

Along with the bottles, the duo used about two rolls of duct tape and some reclaimed deck boards. Tristan said their father assisted with the power and hand tools, but they did most of the planning and design themselves.

They agree the hardest part of construction was taking the labels off of some of the bottles as they were glued on very well.

Many times engineering attempts do not always work on the first try and might need a few issues worked out, but the brothers did not run into any problems. They said the boat was their first attempt and they were surprised it worked so well.

They did say they were nervous when they first put the boat onto Amery’s North Twin Lake.  “We didn’t want to have to swim to shore because the water is still kind of cold. When we tested our boat, we forgot to bring a rope just in case it sank and we were worried we might have to wade out then and get the boat,” they said.

There is an old Proverb that says, “Help your brother’s boat across, and your own will reach the shore.” When asked if they had any disagreements during the building process, they said, “We actually worked really well together. We usually fight just a little bit on projects because we both have our own ideas on how things should be done, but we agreed on this project.

They said the best part of building the boat was getting to ride it and to see that something they built themselves actually worked.

Next, the Deleon brothers want to save more bottles to build another boat and race across the lake.