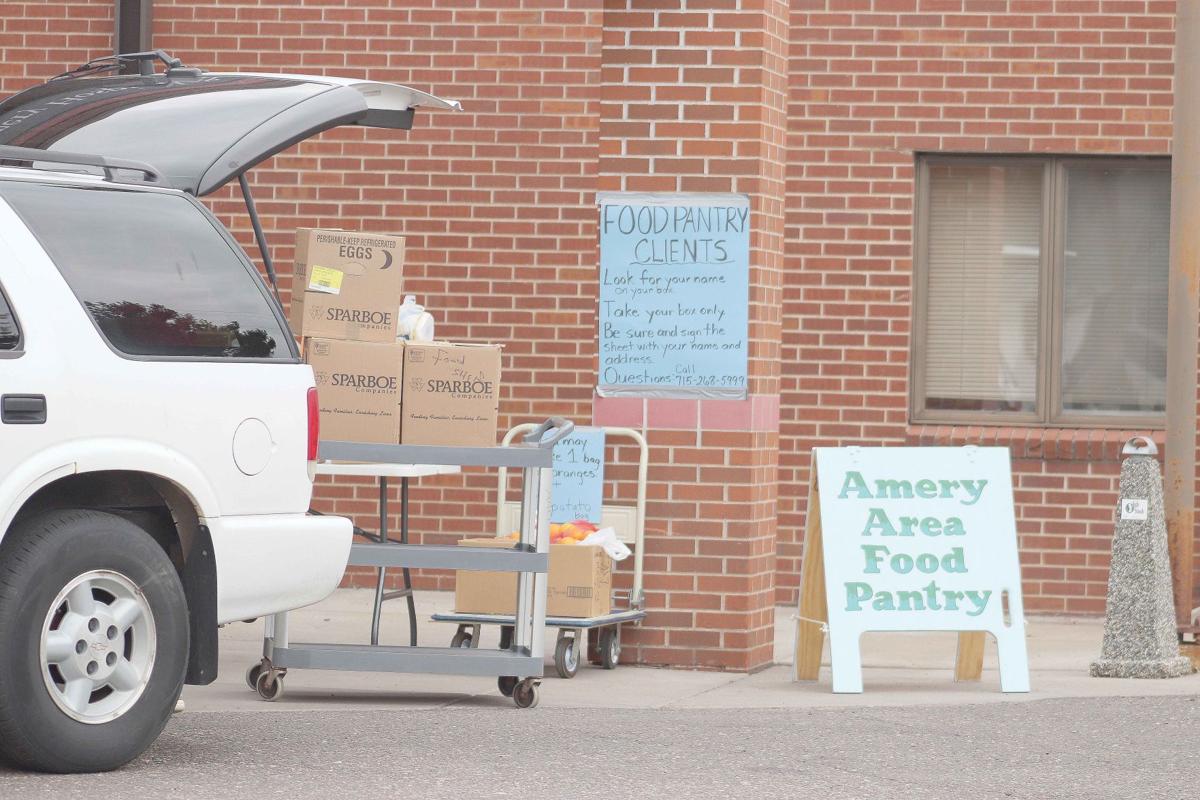 Users of Amery’s Food Pantry are encouraged to now call ahead, make an appointment and pull up to the front of the building to collect boxes of food. Instructions are posted on signage near the pick-up area. 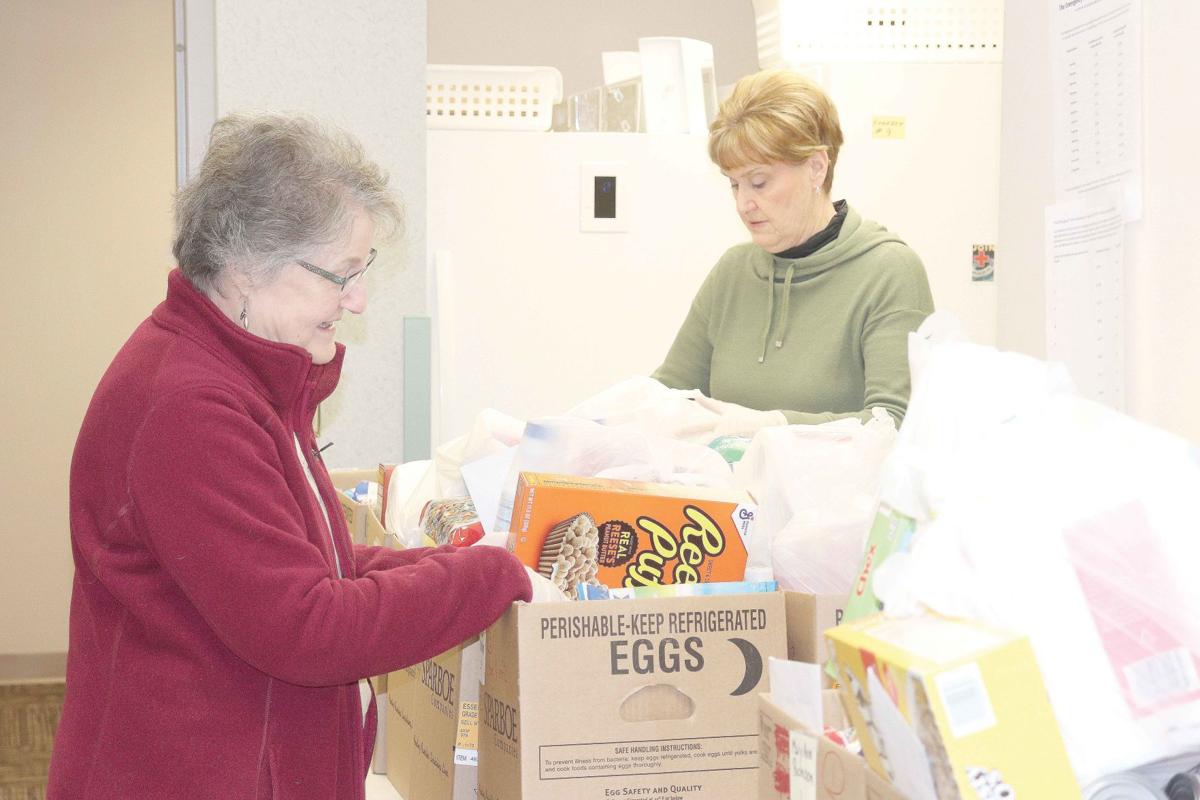 Users of Amery’s Food Pantry are encouraged to now call ahead, make an appointment and pull up to the front of the building to collect boxes of food. Instructions are posted on signage near the pick-up area.

Curbside pick-up is not just for restaurants; diligent Amery Food Pantry volunteers are putting safety first. During a time when so many things have come to a halt, pantry workers know the need for food is not one of them.

There have been some recent changes to the process of getting food from the Amery Area Food Pantry, which is open Mondays from 9 A.M. until 12 P.M. and Thursdays 3 P.M. until 6 P.M. Peg Bavin, pantry Co-Executive Director said, “Normally we would have people coming in here shopping. We tried to have a grocery store-type setup in here. We conducted business like that until March 16. Next, we changed and gave them a slip so they could make a grocery list and we would go to the shelf and grab the food, but the following Thursday we had so many people between ones who came in and others who Interfaith Caregivers were bringing food to, that we just couldn’t keep up. So we ended up going to pre-filled boxes.”

Cheryl Bowman, pantry Co-Executive Director said, “It has seemed like every time we are open, we have changed something just to try to make it safer for everyone.”

Pre-filled boxes were being brought to those in need who were waiting outside in their vehicles. The most recent change sees boxes being packaged inside and being left on carts outside. A person picking up food can pull up, look for their box and fill out a sheet with their name and address (which is a government guideline).

Every precaution is being thought about, right down to the detail of each box recipient having their own pencil to fill out sheets. These sheets are used to keep track of the number of individuals getting food, including children and the pounds of food that are distributed out.

New guidelines have a weekly income being used for eligibility instead of a monthly income. Bavin said, “We can serve a lot more people than we could before. Anybody who has lost their job would most likely qualify right now.”

The Directors shared that the amount of people using the pantry has not really dramatically increased. They do forsee it may happen in the future though.

They are asking that if at all possible, people call ahead and make arrangements. They do not want to discourage people from coming, their hope is that by calling ahead and making an appointment, volunteers can get the food boxes prepared and they will not have a line-up of people all at the same exact time. “We will not say ‘no’ to anyone who needs food. We just want to make it as safe as possible for everyone involved,” said Bavin.

The food people receive is intended to last them a week. “If anyone calls and says they need more, we are there,” said Bowman. Emergency boxes are also available at the Amery Police Department.

The Directors want people to know they are here for them and only a simple phone call away (715-268-5999). Although they do not have the resources to deliver to everyone, in certain circumstances food can be delivered.

Right now the food shelf can take monetary donations, but not food donation drop-offs. Monetary donations are used to purchase food for the pantry. Bowman said, “We are so fortunate that our community is so very generous to us.”

They are finding that some food, especially meat is becoming more difficult to get right now. They shop at local stores and they are able to order food online from places including Second Harvest Heartland and the Food Group in connection with the United Way. They also get federal surplus food monthly. Last month they received 95 cases and they plan to get the same amount if not more next month. “We still have food, it just hasn’t been quite as easy to get,” Bavin said.

The pantry has approximately 50 volunteers, all over the age of 60. They have a volunteer who is 81 years young. Some have battled their own health issues, but they are still very passionate about volunteering. When asked what provides the drive to keep volunteering even though they could be putting themselves at risk, Bowman said, “My faith. I don’t think I could get through this if I didn’t have a purpose. I know God is protecting us. I am a worrier so there is so much I have had to put into his hands.” Bavin said, “I have just never thought about quitting right now. People need food. I worried at one point about how we were going to make things work and we found a way.”