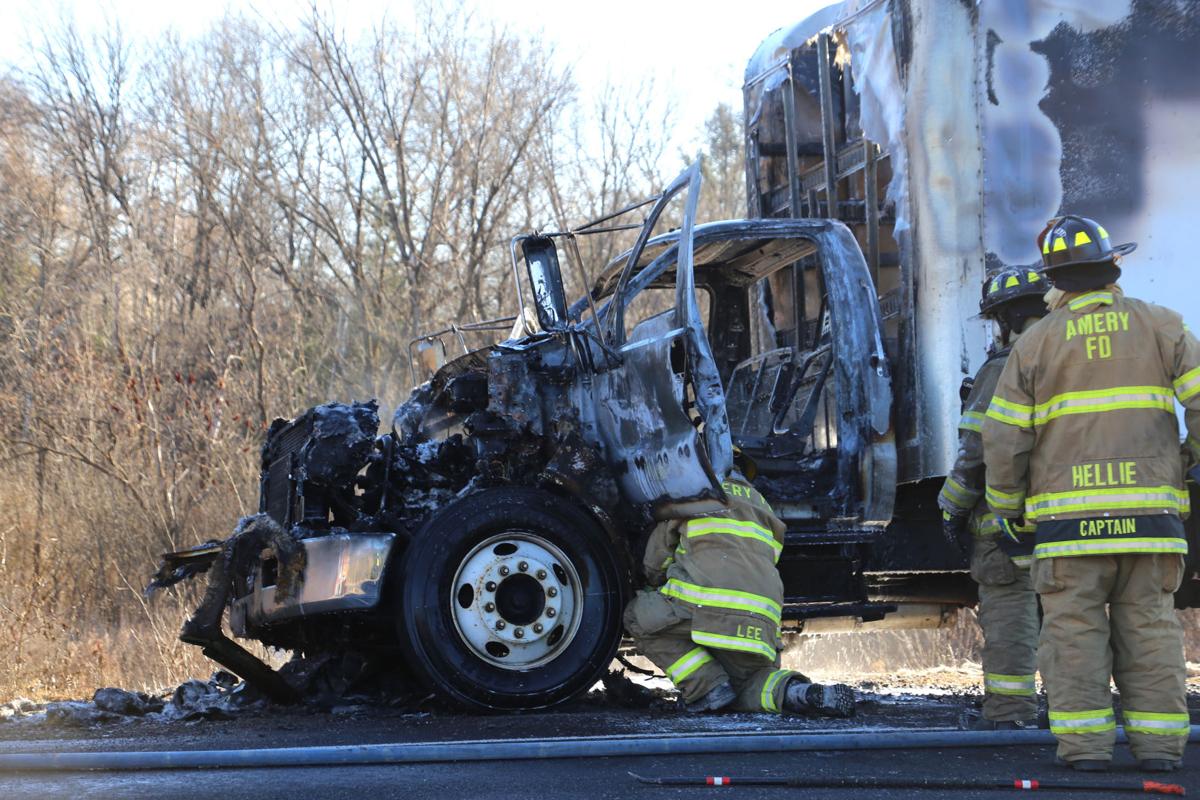 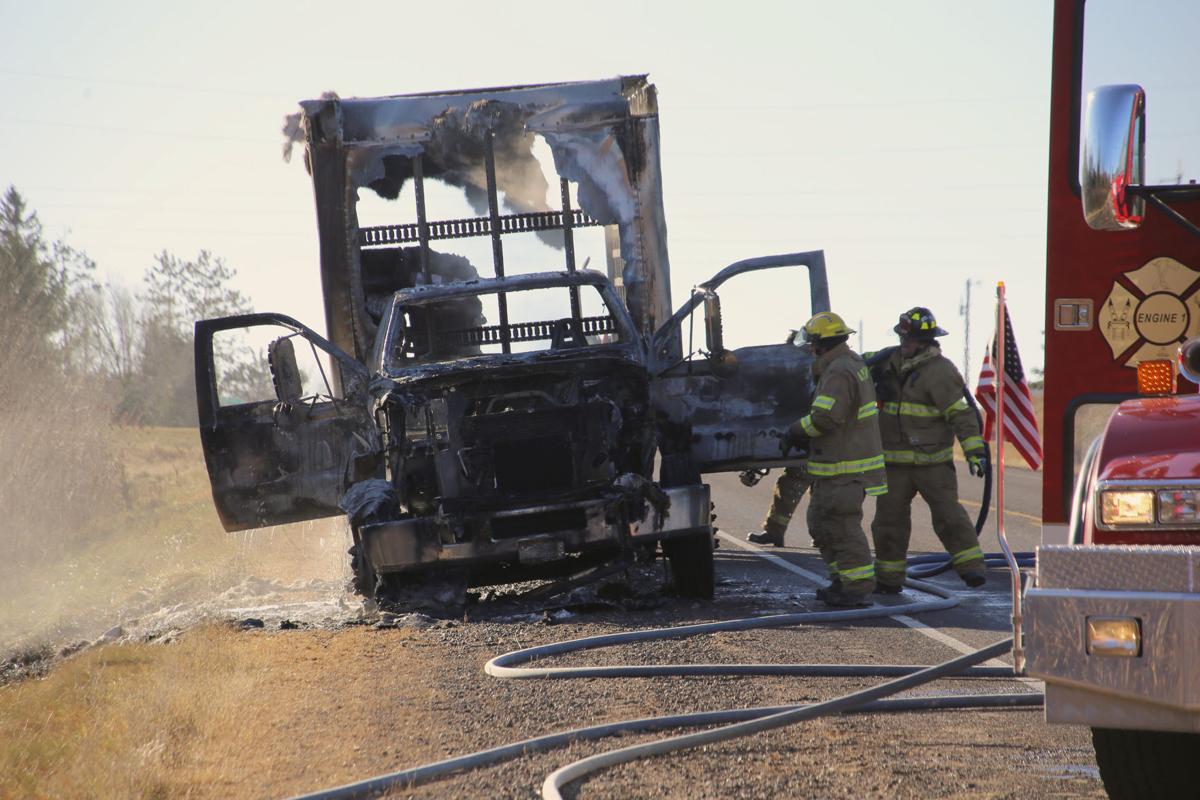 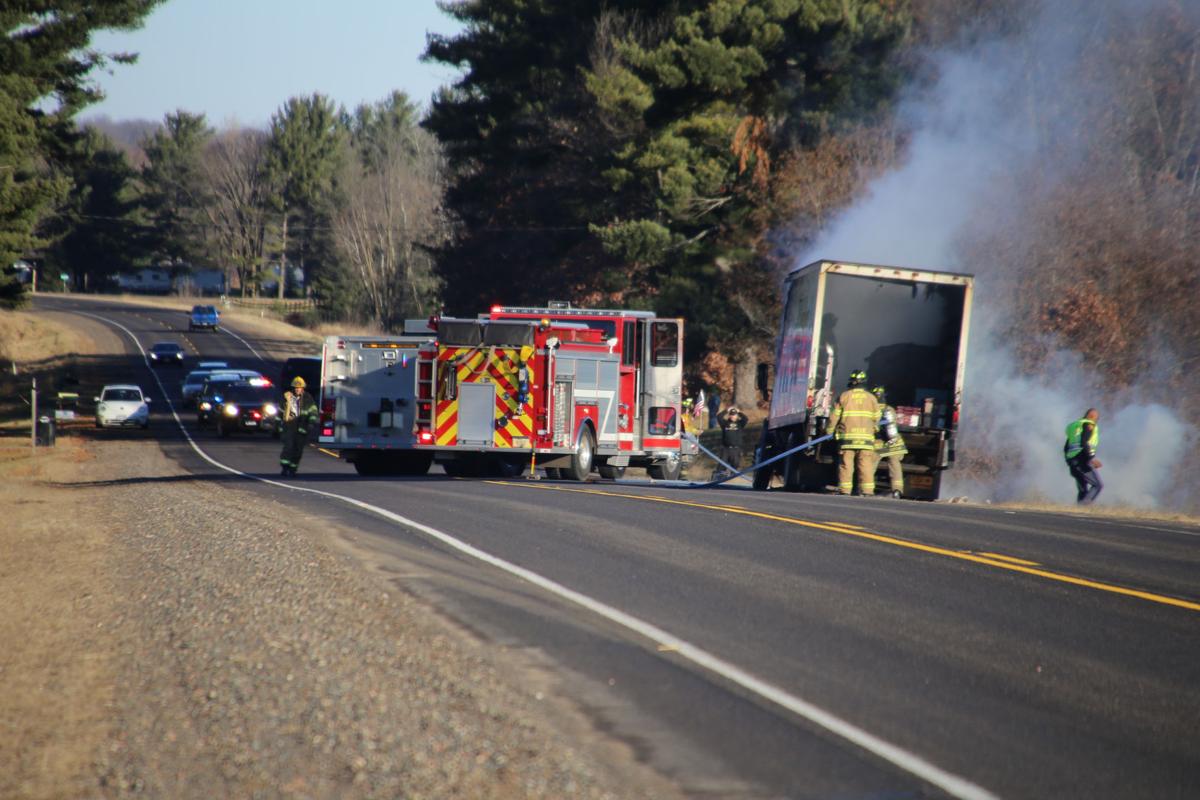 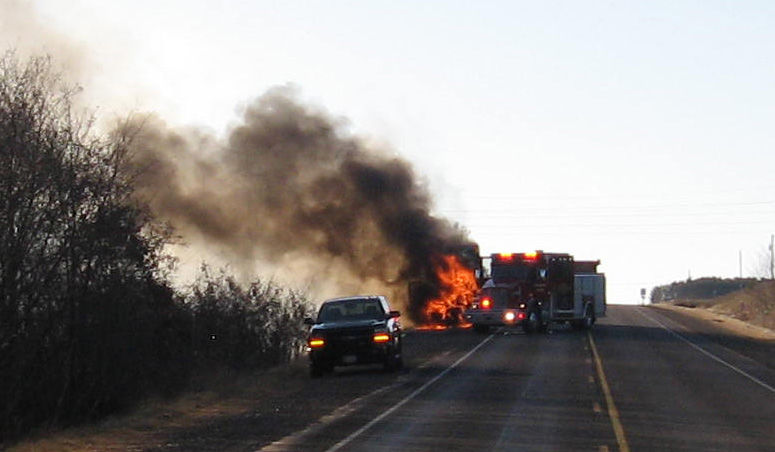 A few magazines and newspapers were literally ‘hot off the press’ after the truck they were in caught fire north of Amery Thursday, Nov. 30.

Thankfully, there were no local newspapers on board.

Amery Fire and Rescue responded to the blaze around 9:30 a.m. just north of Cameron Bridge Drive. The driver had pulled off the road as the fire began in the engine compartment.

Highway 46 was shut down for roughly 30 minutes as crews worked to extinguish the blaze. There were no injuries reported, although the truck was a complete loss.